Native advertising has exploded onto the scene in recent years as part of the content marketing boom. Is it a threat or an opportunity for the PR industry? By Dale Lovell.


Native advertising is one of the hottest topics in digital right now, because it involves a lot of the concepts and methodologies that underpin modern online marketing: in-depth and immersive content; effective targeting of users on mobile devices; and material appearing in-feed rather than as annoying pop-ups and ignored banners.
What native is, in essence, is branded content that appears in-feed and fits in with the editorial style and format of the publisher website, but is clearly labelled as advertising (e.g. ‘sponsored by’ or ‘promoted by’). It’s the long-used magazine advertorial or advertisement feature, updated for the digital age and delivered at scale with all the benefits, layers and tracking available through online measurement.
But don’t be put off by the use of the word ‘advertising’, as many PR industry readers may have been. Native is actually a tool with enormous potential for the PR sector, as it allows agencies to offer reach and scale to their clients in a way that simply wasn’t possible previously.
Native advertising enables PR agencies to take their ideas further and deepen the relationship they have with their clients. PRs understand content and often immerse themselves in their client’s products and services to a far higher degree than other agencies are required to – which means they’re exceptionally well placed to create and offer native-based content marketing campaigns.
Rapid growth
Native advertising is part of content marketing, a hugely growing sector worth more than £4bn in the UK alone, with the media, creative, advertising and PR sectors all vying for a larger piece of the action. Ideas and content are the lifeblood of good PR firms and native helps them increase the distribution of their ideas.
That means PR firms can use native to show their worth and actually help to work around the ‘creativity gap’ that has struck the world of online advertising. Standard display ads aren’t noted as hotbeds of creativity and are not always great places to deliver content. Simplistic banners and 300x250 boxes don’t work for today’s consumers, who want deeper, more immersive and interactive material, whether provided in written word or video.
The increasingly prevalent concept of banner blindness highlights this issue, with users ignoring ads that try to draw their attention away from the news feed. A lack of creativity in how those ads convey their messaging is hardly helping the matter.
In fact, Adyoulike recently commissioned some research among media agencies: two-thirds of those we spoke to (65%) agreed that native addresses the creativity challenge in the digital ad market generally and 64% think it solves the creativity gap in advertising on mobile devices. Traditional display advertising is even weaker in the latter because banners and pop-ups simply don’t work effectively in the mobile environment, whereas in-feed branded content will still happily appear in-feed.
The cost of viral
The PR industry as a whole is focused on creating great content for their clients. Getting eyeballs to it and engagement is more difficult. We all know that in order to help something ‘go viral’, there is typically a paid-for element in the mix. PRs – and their clients – understand this now, which is why most PRs already pay to promote content via Facebook, Twitter and other social media sites for their clients. Brands have now been using Facebook’s sponsored posts and Twitter’s promoted tweets for years. Meanwhile, sites like Buzzfeed are as well known for their native offering as their editorial articles.
Native advertising allows them to take this further and extend the content they’ve developed for those brands and share it beyond just that first piece of editorial – either on social networks or via premium publisher environments.
An article in a print magazine or national newspaper can’t really be used elsewhere, but a great piece of online coverage (or content on their own or clients’ websites) can be distributed via native advertising to other publishers that target similar key audiences; increasing the reach and value of that content for a brand.  In short, native advertising is a great way to extend the reach of positive PR coverage through paid-for media. It is also a great way to establish an ‘always on’ strategy that generates true engagement and weds a brand’s activity around social media, PR, display and content together into one integrated, holistic strategy with easily identifiable ROI.
Blurred lines
The fact of the matter is that the digital revolution has blurred the lines in terms of agency responsibility; media buyers create content now, PR agencies buy media – it’s a situation that is not going to go away anytime soon.
Native advertising is part of this digital transformation. In fact, the IAB recently published its firm belief in an ad-funded internet. This means there’s a huge opportunity for native because it is increasingly the best way for brands to advertise online in a way that actually reaches and engages people.
For the PR sector, native advertising offers a way into entirely new brand budgets, as well as a way to show off and flex their creative muscles in a digital environment not dissimilar to the media world they already know so intimately.
About the author
Dale Lovell is chief digital officer of native advertising platform Adyoulike UK. An experienced content marketer, previously he was co-founder of Content Amp, a content marketing service that merged with Adyoulike in March 2014.
Adyoulike’s platform allows brand advertisers to scale their native advertising campaigns across premium and niche publishers with ease from a single point of entry. It is Europe’s largest native advertising business, with offices in the UK, France, Germany, Spain and Italy. 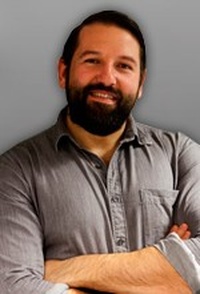 Dale Lovell is chief digital officer of native advertising platform Adyoulike UK. An experienced content marketer, previously he was co-founder of Content Amp, a content marketing service that merged with Adyoulike in March 2014.