Where The Truth Lies


Information proliferates as never before and it is harder than ever to establish the veracity of a story. With so many ‘facts’ open to interpretation, transparency and truthfulness should be at the heart of all PR activity, asserts Julia Hobsbawm.

"Trust and transparency are as important to corporate reputation as the quality of products and services,"


My youngest son is five. He was born in another age. An age before the dominance of Twitter, Facebook and YouTube. Back then in the first half of the first decade of the new century, an old war continued to rage between those players still largely controlling the means of information, both in terms of production and consumption: Journalism and Public Relations.

Journalism’s scorn for public relations was ill disguised and matched only by its dependency on it for stories. As a result of this dependency, the truth about public relations – that it is a complex business which deals as much with strategy and with ‘good’ communications had been obscured by a convenient media untruth: That public relations is inherently untruthful and bad.

Nick Davies’ influential book Flat Earth News, published in 2008, coined the phrase ‘churnalism’ to describe this interdependence. Although he blamed media economic models for poor journalism, he overlooked the small business of media ownership and bias and took as a given that "PR material is clearly inherently unreliable as a source of truth, simply because it is designed to serve an interest".

Today PR and journalism have a new, joint worry: not each other, but the ‘citizen journalist’, a reader, viewer, listener with the power to make and shape the news and views landscape directly, and more importantly, making their own truths and challenging the truths they are given.

But how much of the tsunami of information that goes out on Twitter is true? Re-tweeting – passing on wholesale what others have tweeted is widespread. Information truly is viral now. Instead of the ‘rolling news’ culture of 24/7 which marked the first edition of this book, we are now firmly in a 24 nanosecond culture.

And another challenge is this. News blurs with opinion and the heavy edit known as ‘context’ can transform perceptions of what is true at all: Give too little attention to something and a truth may never be told; give too much, out of context, and it is magnified to the point of distortion.
There is no such thing as absolute truth in the media, only versions of it. A story is endlessly regurgitated and updated, on air, in print. And online, it is immortal.

Niccolò Machiavelli observed, five centuries ago, that "among the many considerations that show what a man is, none is more important than seeing either how easily he swallows what he is told or how carefully he invents what he wants to convince others of." Machiavelli would have loved the Blackberry, the I-Pad, the television and the newspaper. The very tools which liberate the public with information, can enslave it with misinformation, what the twentieth century pioneer of modern public relations, Edward Bernays, memorably called ‘Impropaganda’.

As the American academics Robert Jackall and Janice Hirota point out, ‘public relations and journalism are storytellers.’ What is clear is that those stories are becoming less easy to verify just when veracity matters a lot to audiences. So it is down to individuals within all of media to set and keep standards of honesty and transparency.

Putting truth at the heart of storytelling should not be that difficult. You don’t have to reveal sources to label the kind of content going in to a story, in much the same way as content-labelling in food; you can use the internet in the way of academic citations – there is no shortage of space for references such as ‘this quote came from an anonymous briefing’ or ‘that fact is a quote from an annual report which has since been corrected’.

In public relations the more transparent you can be about who you represent the better, but also ensure that the relationship between a client and its consumers is true, that the customer voice as well as the corporate voice is reflected more often, more openly.

We are now in an era that is plainly dominated by global markets and global conflicts and global warming, but equally plainly dominated by a universal conflict about information and its sibling, interpretation. We all need to guard against the definition of media becoming the word which satirist Stephen Colbert defined in America in 2005 and which became Word of the Year in 2006: Truthiness. 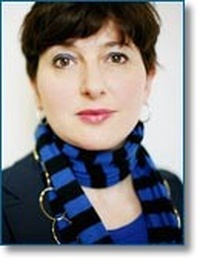 Julia Hobsbawm is Visiting Professor of Public Relations at the London College of Communication, University of the Arts, and an Adviser to Edelman. This is an edited extract from Where the Truth Lies: Trust & Morality in the Business of PR, Journalism and Communication which will be published on 1st October by Atlantic Books.