The banking crisis had a silver lining for the pharmaceutical industry, which until then was arguably languishing as the perceived corporate bad guy ‘making money out of people’s illnesses’. And whilst the bankers may have taken over the Public Enemy Number One spot for the moment, the pharmaceutical industry still faces substantial reputational and communications challenges with its key customers and stakeholders. Why should it be thus?

Pharmaceuticals are after all a major research-based industry ideally fitted to be a standard bearer for the EU’s goal of creating a knowledge-based society for the 21st century. It employs 633,000 highly qualified people (and 2-3 times this figure indirectly). It is the largest investor in innovations, accounting for 17% or all private R&D investment in the EU in 2008 and is responsible for a trade surplus of some Euros 52 billion.

However, with an economic crisis, an ageing population, and increasing strains on the public purse, and higher and higher expectations from you and me for better and more efficacious yet affordable treatments, there is an obvious disconnect between society’s means and expectations on the one hand, and what the pharmaceutical industry can deliver on the other hand.

Fundamental to this is the intellectual property model which allows the industry to get a return on the huge financial investments needed to find new medicines. This is based on a patenting system which has been phenomenally successful, giving rise as it has to all the major treatments from penicillin to Prozac.

However, the industry in the EU has further challenges: a slowing pipeline; difficulties in getting regulatory approval; reluctance of payers to grant reimbursement for innovative but expensive treatments and a move to generics, Health Technology Assessments and personalised medicines; and the need to reduce the costs of R&D which has resulted in moves like that of Pfizer to close down its R&D in the UK.

In addition, NGO’s of various kinds such as Oxfam, MSF and Knowledge Ecology International have been creating a steady drumbeat around intellectual property rights, characterising them as the main barrier to access to medicines for the poor.

All of these challenges can leave the R&D pharma industry feeling under fire. So what is the way forward?

For such a complex industry with today’s complex health challenges, communicating is key. However, like so many industries that are technically, scientifically, legally and financially based, communicating comes way down the line of priorities.

Yet in a world where the customer is often government and where the ordinary citizen is the ultimate customer, the pharmaceutical industry has no choice but to engage. More and more the communications outreach needs to start upstream – well before approval of a new medicine. Indeed these days, it needs to start early in the development phase of the medicine to assess payer, patient, professional receptiveness/requirement for the prospective treatment.

This has meant that many companies have been reorganising themselves internally with a focus on market access and bringing together multi-disciplinary teams all focused on that goal. These bring together the product business teams with regulatory, medical knowledge, marketing, public relations, legal and government relations specialists.

Another key plank of the pharmaceutical industry’s communications has been an increased emphasis on transparency and ethics in regard to its activities. This ranges from transparency as regards clinical trials results to codes of conduct as to how the industry deals with the medical profession.

Last but not least is the R&D industry’s business model. This is based on intellectual property rights with patents allowing innovators to gain return on their investment over a period of twenty years, with protection of the data generated in the process for varying periods: in the EU 6-10 years.

With the HIV epidemic and H1N1 virus, access to medicines became a political issue on a global scale. The R&D pharma industry increasingly has to communicate both the rationale underpinning the Intellectual Property Rights and, secondly, how the model is itself evolving.

Increasingly the market opportunities for the pharmaceutical industry lie in the emerging markets like India, China and Brazil – and these countries show reluctance to emulate the EU IPR model. Hence discussions from the European side about enforcement of international agreements such as TRIPS, and from the emerging markets side of the need to allow easier and cheaper access to patented drugs.

What is clear is that with the next global epidemic in prospect – this time non-communicable diseases such as heart disease, cancer, diabetes and respiratory diseases – the IP model of the R&D industry is clearly under threat, and emerging economies are experiencing huge increases in number of their populations suffering these chronic diseases. The race is on therefore for the industry with its stakeholder community to engage and communicate how society can together face these health challenges for the 21st century, while continuing to foster innovation in the pharmaceutical industry to respond to unmet medical needs. 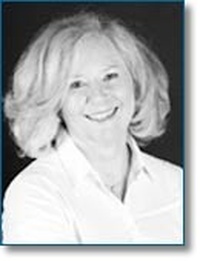