In order to restore its tattered reputation quickly and return to profitability, BP must engage the media and the world, while realizing that a legal perspective is only part of the solution. By Mark Giles.

Several years ago, while developing public affairs guidance for handling issues related to employees facing criminal charges, my team asked legal affairs to review our two-page draft. After a few days, they came back with a six-page document – full of redundancies, legalese and lengthy explanations – and a recommendation that several other subject-matter experts also weigh in.

After weeks of back and forth, an increasingly lengthy, repetitive and complicated document rendered our product almost useless for our intended audience – public affairs officers across the country and overseas – who needed to communicate clearly and in plain language to their own stakeholders.

Maintaining the legal essentials pointed out to us by the lawyers, we whittled it down to a little more than three pages – and into plain language again – receiving speedy approval from my communications-savvy superior to achieve our goal of a relatively short, succinct and practical guide. Most importantly, once distributed, it received positive feedback from its users – with one even referring to it as "some of the clearest and most helpful PA guidance I’ve seen come out of Ottawa".

It wasn’t a crisis situation by any means, but perhaps an example of how excessive consultations, which aim to protect an organization, can lead to ‘paralysis by analysis’ – resulting in no action or a diluted and confusing response at best. While seeking legal and policy advice before finalizing a communications strategy and supporting tactics is important, so too is producing practical products and receiving timely approvals in support of a well-coordinated plan – especially in crisis situations where rapid responses are essential.

The handling of BP’s oil leak in the Gulf of Mexico is perhaps an example where effective crisis communications have been hindered by excessive legal consultations. Major gaffes by now outgoing chief executive Tony Hayward rocked the company early on – painting it as a large, uncaring and unapologetic corporation – but gaffes aside, BP’s communications strategy seemed strange, reflecting what appeared to be a disjointed and uncoordinated approach.

Slick television ads suggested corporate social responsibility on the one hand, while the company frequently failed to respond to interview requests during the rapidly developing crisis. The result was media heavyweights, such as CNN’s Anderson Cooper, repeatedly reporting that BP had failed to provide a spokesperson to discuss the issues on his nightly program – while locals, other stakeholders and various experts voiced their concerns.

Were BP’s lawyers or senior management unable or unwilling to approve official responses quickly enough to meet media deadlines, especially with the now spiralling number of online reporters and new media options? One would think they would make CNN, which broadcasts across North America and around the world, a top priority and take advantage of its huge global audience to quickly respond to negative coverage, while blending in corporate key messages.

Perhaps the BP legal team was simply focused on future court proceedings and worried about the impact of official comment – sacrificing what it may see as short-term public opinion ratings for a better chance at longer-term survival? But with an estimated $100 billion in liabilities related to the massive oil spill, compared to approximately $260 billion in assets, BP’s solvency seems relatively safe.

The big question financially isn’t so much its liabilities, but whether BP can restore its reputation quickly enough to continue making the huge profits it has in recent years by convincing its internal stakeholders and the world that it deserves a second chance. Doing so will require that BP more fully engage the media and the world, while realizing that a legal perspective is only part of the solution.

Turning an ugly situation around

After playing the legal card almost exclusively for months, including his now-infamous "It depends on what the meaning of the word ‘is’ is", Bill Clinton finally acknowledged his wrongdoing in late 1998 – after more than seven months of denials – and started the long process of rebuilding his damaged reputation.

"I’m having to become quite an expert in this business of asking for forgiveness," said Clinton.

After the Monica Lewinsky sex scandal, Clinton was able to finish his second term for two reasons – a strong performance by his legal team and, most importantly, because his popularity remained high throughout the crisis and impeachment trial. Without his steady public approval ratings, Democratic senators may not have felt as compelled to support a president so morally tainted. But if the majority of the American people believed in him, then a majority of senators probably felt they should too – allowing him to finish his presidency and go on to become a respected elder statesman.

Corporately, BP is now probably where Clinton was in 1998 – facing a legal battle and one of public opinion as well. BP must face both battles, while allowing its communications team to fully engage – as the White House finally did after many months of denials and obfuscation by the president and his spokespersons.

As the Clinton sex scandals showed, sometimes the ugliest situations can be turned around – even after a very late start. Now several months since the crisis began, BP can continue to consult with legal, but must also provide its spokespersons the freedom to speak – using clear, straight-forward and plain language to communicate to the world.

This may mean facing some embarrassing questions and providing honest answers, but only in doing so will BP earn respect and slowly start to rebuild its tattered reputation. BP faces huge fines and legal liabilities, but fortunately has the assets to survive the financial repercussions. While working with its lawyers, BP must now make public opinion and restoring its corporate reputation its top priority if the company is serious about survival in the long run. 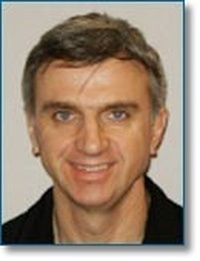 Mark Giles is a senior communications advisor with the Government of Canada’s Privy Council Office – the bureaucratic arm of the Prime Minister’s Office. Currently seconded to Public Safety Canada, he recently completed a 15-month assignment as the department’s director for Vancouver 2010. Disclaimer: This article expresses the author’s personal views, not those of the Canadian Government.