ITL #114 The five C’s of communication trends: interrelated elements coming to the fore


Over two months into 2015, it’s the perfect time to take a fresh look at my 10 Global Communication Trends. In 2014 I talked about the major trends in communication being finely balanced between the emotional: periods of crisis, loss of trust, the desire for personalised communication, the drive towards greater transparency, and the rational: purposeful, strategic counsel with tangible, evidence-based outcomes.
For me, there’s a clear evolution taking place in our industry landscape in 2015 with five deeply interrelated elements coming to the fore, all of which represent huge opportunities ahead.
These are what I call The 5 C’s of Communication Trends for 2015: Connectivity, Culture, Consumer, Creativity and Crisis.
I have outlined below the ways in which all of these cascade into each other.
Connectivity
Over the last 10 years the Shift to Mobile has seen consumers increasingly turn away from the static PC towards on-the-go mobiles, tablets and phablets.  I would add another ‘c’ to the communication mix in the sense thatConvenience is everything in today’s world.
What mobile connectivity has done is bring to their fingertips all of the retail, information, social and entertainment solutions that consumers crave wherever they may be in the world.
It is going to be fascinating to see if it takes a similar time period for the evolution from mobile to Wearable Tech to take place.
Certainly the immense growth in the interconnection of machines, cameras, sensors and devices – The Internet of Things (IoT) – is increasing the connectedness of people and things on a previously unimagined scale. It is also creating yet more Big Data to be dealt with responsibly and with consumers’ best interests at heart.
Culture
When talking about corporate culture in the context of communications, I am referring to those elements of a business which are often perceived as intangible, but are nevertheless essential to thriving and surviving in 2015 and beyond: authenticity, transparency, leadership and corporate purpose.
At Burson-Marsteller, we have been tracking and studying Corporate Purpose since 2008 and will be publishing our latest research in May.
We know that clearly communicating why a company exists and what it stands for, beyond the profit motive, has been proven to have concrete financial benefits as well as other upsides such as improving staff retention, helping with change management and assisting reputation recovering after a crisis.
But I cannot emphasise enough that, first and foremost, Corporate Purpose has to be truly lived and breathed by the company – and then communicated.
It’s significant that Millennials (75% of the global workforce by 2025) prefer working for firms that are leaders in disclosure, emphasising once again the necessity for Transparency.
Consumer
Talking of whom, one of the most influential consumer segments in 2015 is the Millennial generation.  But it’s important to remember that this is by no means a one-size-fits-all demographic.
In 2015, we need to pay attention to the rising number of economically empowered women consumers – a phenomenon called Feminomics – who deserve communications that go beyond the stereotypical use of the colour pink.
The world’s population is rapidly ageing, so we should not forget the older Baby-Boomer generation.
But in many ways we are reaching an ageless era, as senior citizens refuse to be defined by preconceived notions of how they should behave and there is a true blurring of previously set-in-stone demographic boundaries.
One of the trends I highlighted last year was Personalisation, now largely expected by today’s consumer, but only made possible by digging for insights and creatively interpreting available data.
Creativity
A recent global study on Creativity in PR by The Holmes Report shows that creativity in PR remains absolutely business-critical.
What I found most interesting was the trends that are influencing creative work:
Storytelling (87%), visual/image-led communication (49%), brand transparency/authenticity (49%), social good (45%) – the latter two as we discussed under Culture.
Clients come to us for Big Ideas, but it’s not enough for us to come up with great content that is true to their corporate purpose, we must also be creative about the means of delivering this content. I see Digital as being vital to our success in this.
One of the key ways we can reinforce the value we bring to clients in this area is with Evidence-Basedmeasurement.
Crisis
Beyond the man-made and natural disasters we see on a depressingly regular basis, it is the erosion of Trust that is the root cause of many of today’s business woes. Six years after the financial crisis, our recent Corporate Perception Indicator study showed that both the general public and business leaders share reservations about the role of corporations and less than 25% of the public say corporations have been humbled by the economic crisis.
According to our 2013 Crisis Study an alarming 49% of companies do not have a crisis plan in place and yet 50% of them expect to experience a crisis in the next 12 months. Our research also found that companies are still overwhelmed by the impact of social media, leaving them with a feeling of loss of control over their message.
In an age where Millennials have increasing influence, crisis communications clearly need to flex to the channels they use most.
#5COMMTRENDS2015
The path to connectivity for communicators is fast evolving and in so many ways is being dictated by theconsumers we are trying to reach. It will take an authentic culture, inspired creativity and first class crisispreparedness to be at the top of our game in 2015.
Author’s Details
Jeremy Galbraith is the CEO of Burson-Marsteller Europe, Middle East and Africa, Global Chief Strategy Officer, and a member of Burson-Marsteller’s Global Leadership Team. He was previously the CEO of Burson-Marsteller in Brussels from 2000 to 2007, having first joined Burson-Marsteller in 1995 to head up the UK Public Affairs Practice. Jeremy has spent over 20 years helping leading companies and organisations manage crises, critical issues as well as influence political processes. He has also advised governments, Prime Ministers and other senior politicians on positioning themselves at home and around the world. 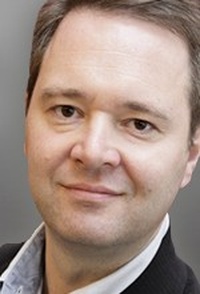