The Demands of Digital Journalism


Sweeping changes to the media landscape are having a profound impact on the PR industry. Giles Fraser presents the findings of a multi-country study into the rapidly-evolving working practices of journalists.

In May and June this year, our international network of agency partners conducted the third annual Oriella Digital Journalism Study. Between us, the Oriella PR Network polled over 750 journalists from 17 countries around the world from broadcast, national and trade media about how the advent of digital was affecting them and their employers.

When asked about the changing shape of the media landscape, there were both pessimistic and optimistic outlooks. 34% said their channel or publication might be taken off the market and nearly one in six confirm this has already happened to their publication.

In Sweden, the situation is even graver: nearly one in three admits this fate has already befallen their traditional publication formats. 44% said they thought the total number of printed media titles would shrink. On the brighter side, nearly 40% thought that the emergence of ‘new media’ such as blogs would lead to a new media landscape. This optimism was greatest in the UK, Spain, the US, Brazil and Eastern Europe where over half of those polled support this view.

Probably the single biggest contributor to increased journalistic enjoyment, in our view, is the plethora of new technologies they and their publishers are able to use. Last year this survey was all about Twitter – 35% said they offered Twitter feeds. That number has gone up to 41% this year. We expected it to be higher but then one should consider that paid-content is now on the agenda so, maybe, free content via Twitter will be less popular in future?

Looking at this from an international perspective, it’s worth noting that Twitter has a much stronger presence amongst media in the UK, US and Brazil with over half of respondents confirming they offer this channel.

Following such a tough few years, it’s true that all kinds of paid-for content are being explored. 22% of those polled are using or looking into paid-content via smartphone applications – it’s closer to one in three in Germany, Italy and the US – and 25% are or are considering a business model that offers content via a paid-subscription.

The Sunday Times and The Times have created a furore recently with their pay-wall – and in August The Sun and The News of the World confirmed they are following suit! We drilled down a little on their intentions regarding paid-content. Just over 15% are considering pay-per-document; nearly 22% are looking at a membership portal and 16% are taking the e-reader/iPad route.

One doesn’t have to spend much time in the Twittersphere to realise that micro-blogging in particular has re-energised many journalists. Now they can make contact with their readership and gain feedback on an hourly basis. They can float story ideas, ask for contacts and express views they might not place in the article they are writing.

This naturally brings useful insight to PROs who follow journalists, but also highlights the need for speed when reacting. Journalists often have hundreds, even thousands of followers, many of which undoubtedly come from our industry. The rate at which journalists need to produce stories has been greatly accelerated with the advent of digital media.

The ‘always on’ nature of the Internet means it’s now all about who is first to make the story available to the world. PROs must give journalists the material or access to spokespeople they need in order to help journalists beat the clock in broadcasting news to their audiences. So if a journalist publishes details on an upcoming story, if you’re not fast, you’re last.

So what does all this mean for the global PR industry? There’s little doubt that the time constraints due to the 24/7 nature of online media, coupled with the need for quality to justify paid content, is putting great pressure on journalists. So as well as speed, PROs need to understand the focus of the publication they are dealing with and ensure what they are supplying to their journalist contacts falls in line with this.

Also, all materials, of any description, given to a publication need to be of a quality that can be inserted into their stories seamlessly. Journalists don’t have the time to chase for better quality or a different format after reviewing the content. Whether it be a concisely written comment or hi-res imagery or video, the material needs to be of a standard that can be used, either in print or online, immediately.

To meet these requirements is clearly a major challenge for the PR industry. However, we have the skills and experience in place to address them.

Perhaps the biggest challenge (and opportunity), particularly in these straitened times, is to evolve organisations’ media relations strategies and resourcing frameworks to be able to deliver the right response within ever-tighter deadlines. This means positions, policies and procedures need to be thought through and agreed in advance so that approvals don’t hold up the delivery of information to the media.

In addition, organisations need to invest more in multi-media content so they can fully exploit the opportunities on offer before the competition does. These are all issues that forward-thinking organisations tackled some time ago but, now, they are becoming an imperative for all. 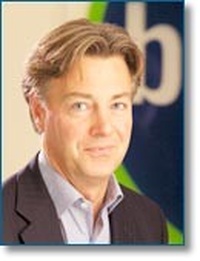 Giles Fraser, Co-Founder, Brands2Life, which is co-owner of the Oriella PR Network, a network of independent, best-of-breed communications agencies based in 20 countries around the world.