Corporations must be increasingly adroit at public diplomacy and engaging with society as a whole if they are to thrive in the global marketplace, asserts Peter Goll.

Companies increasingly need to demonstrate not only their good business skills but also their skills in handling issues in a way that is beneficial to society as a whole. The recent BP case demonstrates this demand for political skills among business leaders. Top company management increasingly needs to communicate like political diplomats and take responsibility. If they fail to take responsibility the population will demand one-dimensional action from political decision makers.

In the Scandinavian social democratic welfare states the public and political debate has dictated a culture where business leaders have not been able to act merely as commercial leaders. In our part of the world, top executives have for decades been forced to behave and communicate as an integrated part of society’s debate as a whole. The new trend is that this culture is starting to become global – we see a ‘Scandinaviazation’ of the global debate and culture of how business leaders are expected to handle media and public communication.

Globally there is a growing demand from consumers: Companies must demonstrate that they have not only good business skills but also possess excellent skills in handling issues relevant for society as a whole. Business leaders must be adept in discussions that are more political than business oriented.

The Scandinavian way to perceive a business is that companies are not just commercial entities, but a part of our society. In fact, in terms of public legitimacy, companies in Scandinavia are valued as just below the ordinary citizens and are a core part of the welfare state’s public institutions. Scandinavians therefore judge companies by at least the same standards as we judge political decision leaders and public sector leaders.

In this light, we feel even more integrated with the world these days – as the debate connected to BP’s recent oil leak shows. BP’s difficulty is not only the leaking oil, which it of course must clean up. The problem is also that its CEO did not communicate as a good welfare politician. He should have shown respect for individual citizens; as all good politicians must demonstrate respect for their individual voters.

And in Scandinavia we have an even more radical view on this – the less power a citizen has, the more respect a leader (business and political) needs to show this individual. Following the political debate regarding BP’s handling of the oil leak in the US from our corner of the world, it seems like what really got BP into trouble was the company’s lack of willingness to recognize this. The fact that BP’s chairman is Swedish makes it even stranger to follow the company’s communication.

Characteristics of the model

The media and public opinion demand that business leaders communicate as if they are good Scandinavian social democratic political leaders. The characteristics of the Scandinavian model are:

For the Danish business community the Muhammad crisis was an example of how business communication, societal interest and public diplomacy melt together. The publication of 12 cartoons of the prophet Muhammad in the Danish newspaper Jyllands-Posten in 2005 was the beginning of an unexpected crisis for the Danish dairy company, Arla.

Arla, the second largest producer of dairy products in Europe and one of the largest international Danish export companies, became part of this crisis due to its big exports to different Middle Eastern markets. Arla had no stake whatsoever in the cartoons or in the discussion that followed – but suddenly a lot of stakeholders wanted the company’s opinion on the matter; consumers in Muslim countries, consumers in Denmark, the Danish media and Danish politicians and foreign governments.

Everybody held Arla accountable for its non-existent view on the discussion. Due to its presence in the Middle East and base in Denmark, popular demand dictated that it took part in the political debate that followed the publications of the cartoons.

The learning from this case has without doubt strengthened the company and its ability to navigate the complexities of the global market place.

It is very interesting from a Scandinavian context to follow the rise of classic Scandinavian demands for political and ethical attitudes from business leaders in the global debate. Even in the political and financial capitalism’s stronghold in the USA we see a movement in this direction. Not only in the case of BP’s oil leak can we see an increasing need to merge societal and business considerations in corporate communication. We have also seen it in connection with the American popular demand for increased control measures on Wall Street financial companies during the ongoing economic crisis.

As communication professionals we must assist companies in becoming even better to act as both business leaders and responsible political leaders. Companies that do not comply with these rules will face an increasingly harder communication environment as they are attacked by the media – and will therefore risk challenges against both strategy and business model by one dimensional political decisions made within a few hours.

We live in exciting times and there is much to do for professionals who work on the communication between society and businesses. As the communication demands on businesses across the world become more Scandinavian, the situation becomes even more challenging and exciting. 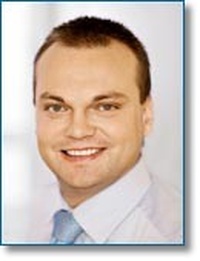 Peter Goll is partner, senior adviser and managing director at Geelmuyden.Kiese in Denmark. He has worked professionally as a communications adviser for ten years, and focuses mainly on strategic communication and public affairs for a number of public and private clients and NGO’s. He is an experienced debater and is often invited to give lectures. Peter Goll has studied political science and administration at the University of Copenhagen and has worked as press secretary for the Danish Socialist Party (SF). In 2006 he completed the program Leading Professional Service Firms at Harvard Business School.