Dealing with complexity and contradiction: the difficult (digital) dialogue


There is more to dialogue than feedback loops or two-way symmetrical communication – it is an orientation, which may sit uncomfortably in an organizational setting. By Øyvind Ihlen.


Organizations typically declare they want a dialogue with their stakeholders. It is thought that dialogue can help build the good relationships that organizations crave as a means to profit – literally and metaphorically.
The advent of social media in particular has brought about a new enthusiasm. Still, a resounding research conclusion is that organizations seldom utilize the technological potential to its fullest.
Organizations often simply carry on with one-way communication and do not dedicate enough time or resources to implement their social media strategy. Of course, this is regrettable, but there is also a need to discuss a more profound problem.
Dialogue is not really about an exchange, feedback loops or two-way symmetrical communication, the way it is often understood in practice or in much of the literature. Dialogue is an orientation. And it would be unfair to say this orientation sits comfortably in an organizational setting. Here is why.
Over in a moment
First, there is the very practical problem that dialogue theorists maintain that dialogue is a phenomenon that exists in moments rather than extended states. These moments cannot be made to happen. This poses a challenge for public relations given the field’s preoccupation with modernist planning and prescriptive and linear understandings of strategy. So you want to "do" dialogue? You can’t! At least, not if you only focus on dialogue as some kind of exchange.
Second, and related to the above, dialogue theorists see risk as a fundamental trait of dialogue as an orientation. In a true dialogue, judgments and assumptions are set in play. Again, however, this runs counter to the organizational preoccupation with power and control.
You don’t want to embark on something that has an uncertain outcome, an uncertain direction or an uncertain time frame. Thus, organizations are typically prone to engage in "dialogue" instead, which indeed creates the next problem.
A need for authenticity
Dialogue is not genuine when it is used, for instance, to defuse criticism, to privatize the debate, and/or co-opt critical stakeholder groups. Authenticity is a crucial value emphasised by dialogue theorists, at least when it pertains to dialogue as an orientation.
Fourth, and related to the last problem, dialogue is often instrumentalized as a tool for pre-defined organizational goals. Organizations might be tempted to cut the time-consuming dialogue efforts short and impose a deadline not mutually agreed upon. This violates crucial procedural demands of the dialogue ideal.
The above problems are of course intertwined. They are also linked to a larger systemic problem. Not only is dialogue difficult to achieve in interpersonal relations. The challenge is even bigger when talking about organizations that operate within an economic system where stakeholders become a means to achieve organizational goals. They should be ends in themselves. Dialogue theory urges that the other is treated as a "thou" not an "it;" as a subject, not an object.
Constrained by the system?
The major implication of the above is that tension exists between the dialogue ideal and the system in which organizations are situated. All doom and gloom then? Not necessarily. It really depends on your sociological outlook. Is the system overriding the individual and the individual organization? Or are the individuals and organizations free agents, more or less unconstrained by the system?
Two cents presented here: Organizations are bound by a limited rationality. Still, they are, to some extent able to modify this rationality as well. This helps to explain, for instance, that dialogue, and corporate social responsibility (CSR) for that matter, does not necessarily have to be conducted from a singular profit motive. The market will "allow" CSR-based companies if the niche is big enough. Practitioners do have some flexibility in pursuing ethical goals and conducting dialogue.
There are indeed dialogue scholars that maintain that it is feasible for organizations to engage in dialogue. For instance, public relations scholar Petra Theunissen and her student Wan Wan Noordin have argued that organizations can dedicate resources, embrace the dialogic orientation and cultivate an environment where dialogic moments can occur. The organizational impetus for moving in such a direction would be to avoid limiting the organizational perspective.
Pragmatic and ethical
In other words, there are both pragmatic and ethical reasons to engage in dialogue in the philosophical sense of the term as discussed above. Organizations seeking to avoid or mitigate crisis are indeed encouraged to implement a dialogic orientation. Social media would be a "natural" part in a communication policy and communication strategy built on the principles and insights from the theory seeing dialogue as an orientation.
Crucially, it is important for both practitioners and scholars alike that a "warts and all" approach is adapted. Dialogue is difficult. Organizations will often violate the demands put forward by dialogue theorists.
To borrow a phrase from Australia-based scholar Jo Fawkes, public relations has to come to grips with this shadow side. We need to deal with duality, complexity and contradiction. Also when pursuing the difficult dialogue ideal. This invites the cultivation of a dialogue culture and employing both digital and non-digital media for this purpose. It also involves recognizing the limits to dialogue, digital or not, in the organizational setting.
In sum, the use of dialogue, not "dialogue," is constrained by some systemic limitations that are poorly understood in public relations theory in general. Still, dialogic potential exists. It is partially rooted in the perspective of enlightened self-interest; it is partially rooted in the development of a professional ethic looking beyond the limited goal rationality of organizations.
About the author
Dr. Øyvind Ihlen is a Professor at the Department of Media and Communication, University of Oslo. His research focuses on strategic communication and journalism, using theories of rhetoric and sociology on issues such as the environment, immigration and corporate social responsibility. 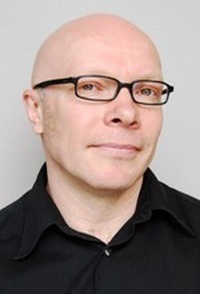 Dr. Øyvind Ihlen is a Professor at the Department of Media and Communication, University of Oslo. His research focuses on strategic communication and journalism, using theories of rhetoric and sociology on issues such as the environment, immigration and corporate social responsibility.