Back to Basics to Rebuild Trust in Ireland


After a decade of conspicuous consumption, Ireland is once again returning to the fundamentals of substance over style in its reputation management. Alan Tyrrell provides Frontline with a snapshot of the recent past and current trends in PR in Ireland.

At the risk of stating the blindingly obvious, reputations built on a thin veneer of gloss will ultimately flounder. In contrast, lasting reputations are built on a combination of strong leadership, financial strength, an agile response to consumers and making sure your organisation delivers what its brand promises.

In the past two years the Irish economy has experienced a spectacular bust hot on the heels of an equally spectacular boom. Yes, many other economies have seen upheaval in their banking sector, a collapse in property prices, dramatic swings in equity markets and increases in unemployment – but Ireland’s reputation has moved from ‘Tiger’ nation to ‘PIIGS’ carcass in the economic league table of nations. Clearly we face reputational challenges.

Yet just two decades ago the story was very different. Emerging from the depressing 1980’s Ireland suddenly realised that it had a lot to offer the world. A small island nation on the edge of Europe, we had an open economy, favourable business environment, low costs and a highly educated and young labour force hungry for employment.

And so we began to shout about what we were good at rather than what had held us back all those years. Thus followed almost 20 years of exponential growth resulting in Ireland being hailed as the economic ‘Wunderkind’ of Europe.

Ireland’s story convinced the boardrooms of the world – particularly the US technology and pharma sectors, and we gobbled up a disproportionate share of any US FDI coming into Europe. Growth rates were stellar too with annual GNP rates of 9% and higher being common in Ireland Inc’s Annual Reports.

Not only that, we were happy too, regularly taking the top spot on the so-called ‘Happiness Index’. Ireland became cool and known for far more than ‘gift of the gab’ or a great place for pubs and bars.

However that all gradually changed and we lost sight of the fundamentals. Ours became a style over substance society and Ireland Inc., or at least some parts of it, fell victim to the oldest trap in PR – we allowed ‘spin’, the evil twin of ‘reputation’, to take over. It is therefore no surprise that trust is now in short supply in Ireland.

So what does the future hold for PR and reputation development in Ireland?

Even though the economic challenges are global, trust in business and government among consumers in Ireland is far below US and European benchmarks. Interestingly trust in media among consumers in Ireland is also down. In a market where 84% of the population regularly read newspapers and where we have a vibrant media across mainstream and social media formats, this drop in media trust is clearly a concern.

However Ireland is again moving forward and reputation counsel is clearly playing a more strategic role once more as consumers place renewed focus on value for money rather than how much a thing costs. A solid performance is now valued rather than the glittering promises that drove the irrational exuberance in the past.

That means a back to basics approach for communications with PR Counsel increasingly focused on challenging business decisions to ensure they enhance real reputation and support the fundamentals. The unifying theme in successful campaigns in Ireland today is the focus on high quality leadership, financial strength, entrepreneurial spirit, being accountable and most importantly, delivering a product or service performance deserving of the public’s trust.

Clearly ‘reputation’ is not something we own, but something we must carefully nourish to help achieve sustainable success where others have failed. By focusing on the fundamentals many companies in Ireland are creating the momentum to either take or maintain leader status in their markets.
This momentum, while slower than before, means that a solid reputation based on trust, is a precious asset more highly guarded than ever before and this clearly relies on renewed strong leadership by Ireland’s reputation management community. 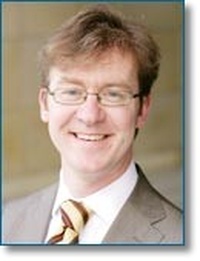 Alan Tyrrell is Group Media Relations Manager with the Irish arm of Aviva, the world’s sixth largest insurance group, and also sits on the National Council of the Public Relations Institute of Ireland.