The Fukushima disaster has led some countries to re-evaluate their commitment to nuclear energy. Philip Dewhurst believes that the nuclear industry must engage in sustained and proactive communication to allay concerns and promote its advantages.

There’s a clever Economist advertising campaign running on the London Underground. It promotes debate by passionate advocacy of the pro and anti case on controversial issues such as immigration and drugs.

Such extreme polarisation of views is evident in perceptions of today’s energy industry where, more than ever before, excellence in communication will be needed if the world’s rapidly rising demand for clean energy is to be met.

The nuclear industry has done a great communications job in getting its messages across to decision makers over the last decade or so.

But in the wake of the Fukushima disaster and in the midst of a global recession, I believe that the industry has to be more proactive in stating its case in the years ahead.

And in Russia it has recently been reported that part of the Leningrad Nuclear Power Plant 2, currently under construction, has recently collapsed, raising serious safety concerns in the region, where several new plants are planned.

In the UK we are lucky to have an experienced Energy Minister – Charles Hendry – who has a deep rooted knowledge of how energy markets work and how important it is for Britain to have a strong, low carbon, base load electricity generation capability.

Hence his informed support for nuclear energy. But as any lobbyist will tell you, a government Minister will only support your industry if he thinks you are making a strong case to stakeholders.

Westinghouse, one of the world’s leading reactor builders, is certainly stepping up its communication post-Fukushima.

"The industry has come a long way in improving its communication in recent years, but we all recognise the need for building even stronger relationships with our multiple stakeholders after the Fukushima incident and as the pace of new build quickens," says Adrian Bull, Head of EMEA Stakeholder Relations for Westinghouse, whose AP1000 reactor is winning and bidding for new orders in the US, Asia, Europe and the Middle East.

He added: "The events in Japan sharpened our focus on communicating two important messages: Firstly the high levels of safety in current operating stations across the world, and secondly the major technical advances which are embodied in the very latest reactor designs. Older designs are safe – but newer ones will be safer still."

Nuclear new build in Britain will rely on the financial muscle of French and German energy giants EDF and RWE/E.ON. The German newspaper Sueddeutsche Zeitung recently suggested that RWE and E.ON have all but abandoned the idea of building nuclear plants in the UK.

With their home country Germany deciding to withdraw from the nuclear industry, there would be little to be gained from starting a standalone atomic power business in the UK, says the paper. For the sake of future clean energy supplies, let’s hope the rumours are unfounded

Academic and nuclear expert Malcolm Grimston recently spoke about winning hearts and minds in the nuclear energy industry. He feels that the industry’s PR has been too defensive and reactive in the wake of Fukushima.

"The industry’s obsession with communicating its safety message is in danger of arousing, not allaying, public concern," he said. "It’s a bit like an airline running an ad that says ‘If you fly on one of our aircraft, there’s a very good chance the wings won’t fall off – and if they do, we provide you with a lifejacket’."

He has a point. Nuclear energy is among the safest forms of electricity generation and safety has to be portrayed as a given, especially with the new reactor designs coming on stream.

But recent events in Japan have sparked new safety concerns in the US, where many nuclear reactors are built and planned in earthquake zones, such as the huge New Madrid Seismic Zone in the Midwest and in Georgia.

Demands for new seismic evaluations post-Fukushima are giving seasoned nuclear communicators in the US a PR headache.

In July, the Wall Street Journal quoted a spokeswoman for Georgia Power’s nuclear plant at Vogtle – where seismic data is being re-evaluated – as saying it "doesn’t mean the plants aren’t safe. They are safe." Grimston’s point exactly.

Nuclear power is also economical and emits no carbon. Moreover, with growing global demand for energy, it limits reliance on oil and gas from the Middle East and Russia.

It is these positive, emotional messages that will win the day.

In the 1990s the UK nuclear industry appointed a highly experienced corporate affairs specialist to head a communication forum which put the industry’s positive messages across forcefully.

But the breakup of the CEGB and Nuclear Electric led to a decline in the nuclear industry’s influence, to the point where the incoming Labour government relegated nuclear power to the back burner in favour of renewable energy development.

Once again the industry responded by strengthening its industry body, the Nuclear Industry Association, and giving it a communications voice to compete with the alarmist cries of NGOs. A new campaign, using third party influencers to deliver positive, focus-group-tested messages, once more built public and political support for nuclear new build.

This period saw a marked turn around in attitudes towards the industry, helping it to recover its reputation and win broad government and public support. At the same time, the UK’s last state-owned nuclear giant, BNFL, was successfully privatised.

Following Fukushima, the industry has responded by once again ramping up its communication activities. NIA Comms Head John Macnamara is issuing regular briefings to the media and opinion formers, and the association has recently appointed former government heavyweight Lord Hutton as part-time Chairman.

Already, Hutton’s high profile has attracted significant media attention and in recent weeks Macnamara has arranged hard-hitting interviews with the Telegraph and Independent.

"Fukushima", Hutton told The Independent, has "changed the game" for atomic energy.

"We have a heavy obligation to be open and transparent with the public about the safety case for nuclear in the UK."

Today, the industry is in the hands of new owners, with hugely experienced industrialists focused on the building of new plants and the safe clean up of nuclear waste.

But, as an incident like Fukushima clearly demonstrates, the nuclear industry cannot afford to become complacent or defensive in its communications. A sustained, proactive communication campaign must remain at the forefront of the industry’s mind if the world is to meet its rising demand for secure, low carbon energy. 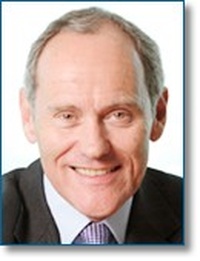