Although CEE is incredibly diverse, it is nevertheless possible to make some general observations about public affairs trends across the region. By Ben Petter.

This shows that, while there are some interesting differences between countries, the procedure consists of the same main stages, with many points of similarity in the details. These are processes that will look very familiar to public affairs people everywhere.
The core principles of public affairs work hold true in CEE
The infographic also emphasises that the phase prior to parliamentary scrutiny, the least transparent stage since negotiations behind closed doors dominate the process, is the most important in terms of shaping decision-making. The moral of the story? To influence the debate, you need to know what’s going on and get in early – advice that every public affairs consultant across the world would give their clients.
My last boss before I left London had advised Gordon Brown during his time as Prime Minister, and I will let him sum it up. While in Downing Street, he had seen dozens of businesses try to get close to government. He boiled down the lessons he had learned in this way: "Anyone can change government policy. It doesn’t matter if you are the largest corporation or the tiniest SME. All you need is a strong enough story."
That, I’m happy to say, is as true in CEE as it was in the UK.
Author’s Details
Ben Petter is Head of Grayling’s Central Practice Team in Central & Eastern Europe, one of 170 public relations and public affairs consultants the firm has across the region. He has 15 years’ experience in public affairs. 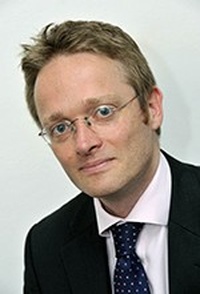 Ben Petter is Head of Grayling’s Central Practice Team in Central & Eastern Europe, one of 170 public relations and public affairs consultants the firm has across the region. He has 15 years’ experience in public affairs.