The Tired and Needless Duel with Advertising


Samantha Watt is exasperated that some clients in South Africa still underestimate the power of PR to engage with audiences, build long-term relationships and positively affect the bottom line.

Last month one of my clients decided to cancel their PR retainer, choosing rather to invest the money in advertising. While I tried to understand, I was disappointed by the decision. Not only was the decision wrong, but it made me realise that customers still think they have to choose between the two, that PR, despite our best efforts, remains in a duel with advertising.

Surely we are past this? I would like to think so, especially in the tough economic climate and the birth of a new and fast-growing digital age.

The rise of the internet has not only changed how people do business; it has almost forced them to reinvent how they communicate. Having been in PR since the early 90’s I have seen a dramatic shift in how we speak to customers, how we successfully reach target audiences and of course, how we reach and best serve the media.

We live in a connected world and nothing is stopping its burgeoning growth. It is, in my opinion, a world that needs PR now more than ever before.

There is a definitive role for PR in this new world. While reaching people is easy, building long-lasting relationships has never been more difficult. There are still too many organisations in South Africa that are yet to realise the immense potential of PR and the difference it can make to the bottom line.
Whether it is just easier or perhaps it has been positioned differently, advertising seems to garner a level of respect that we as PR people can only dream of. Why is it that the advertising fraternity is seen as crazy clever and a must-have? Is it about their egos or the egos of their customers? Maybe it is just easier to measure or even understand.

In his book, The Fall of Advertising and Rise of PR, Al Ries and daughter Laura set the cat amongst the pigeons with their controversial stance on the two disciplines. Believing that great brands are built with PR, not advertising, the book outlines how and why PR should be your first priority. Written in 2002, it still holds ground today, especially in South Africa. One of its greatest claims is that advertising lacks credibility. Aside from living in a digital age, we also exist in one that lacks trust.

South Africa’s political landscape both now and in the past has been plagued by so many negative elements, which has eroded away at even the most basic level of trust. The country’s attempt to right the wrongs with black economic empowerment (BEE) has also had a negative impact. Marketers need to acknowledge the reality of the South Africa business landscape and start using PR to effectively engage with their customers.

Having so much information pushed at them, customers don’t want more people speaking at them, you can’t buy credibility that way. Advertising is often one-dimensional. To be effective you need to engage with an audience in a way that provides depth.

It is about creating sustainable relationships and not just selling to people. An understandable challenge in an emerging market like South Africa, which has 11 official languages and a myriad of different cultures.

Dr Philip Kotler, distinguished Professor of International Marketing at the Kellogg School of Management, said in 2005 that advertising has been overdone, especially mass advertising with its "hit or miss" quality. Kotler said also that PR has been underdone, believing that it has a better chance of getting a message through. He says that the message can be fresher and more believable and that PR is better equipped to create "buzz" about a new product or service.

This was the case recently when South Africa’s third largest cellular provider used an elaborate PR ‘stunt’ to outline its new infrastructure upgrades and unveil its new brand. It is refreshing to see a local company using the PR platform to create broad-based awareness.

It was risky and has annoyed many, but it worked and I applaud them for using PR to that extent. There are not enough local companies who do this and many could learn from it. I would hazard a guess that PR has not been used in this way in South Africa mostly because it is not taken seriously enough or we don’t have enough big thinkers who have enough faith and respect for local PR professionals.

PR sits in the middle of the chaos of our new world. It has the ability, agility and incredible speed to provide direction for integrated communications, leading the way as opposed to following or not being involved at all.

What should not happen is replacing your four-year PR campaign with a monthly strip advert in a trade publication. I believe that while advertising is the face of a brand, PR provides the much needed personality. So what did my customer get? Just a face, with no personality! Surely, South Africa, we are smarter than this? 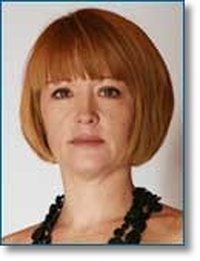 Samantha Watt is founder and managing director of Watt Communications, an owner run and managed PR, integrated marketing and communications agency specialising in the information technology sector. Sister company to design-arm G Watt Design, the agency provides true PR incorporating all elements of communications; complete integrated marketing from initiation to execution at a strategic, creative and tactical level. As well as corporate ID and brand roll out.