ITL #64 Facebook and Whatsapp: the pursuit of an alternative to clutter


The eye-watering valuation Facebook has put on Whatsapp is revealing as it points to the giant social network’s own weaknesses. By Tarek Lasheen.


A while ago, I was about to write an article on how Facebook would die out soon and I had my strong reasons to support the argument. Today, however, taking into account its recently announced acquisition of Whatsapp, I believe the same scenario I envisioned might still take place, but with a bit of a twist.
So here is what I thought would happen. I theorised that FB will eventually phase-out due to what I will call "the law of low attractiveness of the old age". Simply when you age (as with Facebook) one tends to lose the power to attract new generations (Madonna is the exception that proves the theory). Facebook will become a dome of old geezers like myself. Soon conversations will become less and less attractive to those who are younger who in turn are trying to formulate their own pages to discuss live topics that erupt and die out in a shot cycle that lasts a month or two max.
In the country that invented Facebook teens (13-17) on Facebook have declined -25.3% over the last 3 years. Over the same period of time, the 55+ bracket has exploded with growth of +80.4%. This is no good indication that Facebook was attracting the right population which would sustain its survival passing from one decade to the next (Source).
The battle to sustain interest
For those who are sceptical, please observe the new Facebook pages that emerge following a sudden trend, and then how all the people who joined lose interest and just cease to interact, leaving a dead page. In Egypt I have observed Ahmed Sheeba´s fanatics. This is a page which was formed following a viral video showing an ultra-fanatic fan harassing Ahmed Sheeba (a local singer) at a wedding. The video which generated in excess of 2.6 million views translated into a Facebook page where people discussed the incident which wasn’t the first to happen to Ahmed involving the same man.
In matters of hours the page got to 26,000 users who were conversing and having fun at the peak of the trend spike. However, in time interest dwindled and the person who made the page had to resolve to other topics to maintain the engagement on the page: a losing battle, I presume.
I hypothesized that gradually conversations will move to a more robust, dynamically mellow interface where people can set a trend, talk about it and when the interest is back to nil then they won’t have to worry about disliking a page or any of that. I saw what would have been the rise of Whatsapp and fall of Facebook.
What Facebook lacked in dynamism meant an opportunity for Whatsapp to be the game changer; the trend setter with lightning fast ability to mould and follow any trend. It could have offered a good environment for any trend to live throughout its lifecycle and die out beautifully, as with any trend that takes place.
Conversations would be intimate since one would join a conversation where most people are somewhat related (friend of a friend perhaps) bringing more value to the discussion, and eliminating what can be seen in public FB groups as deaf talk that ends up in a long string of people trying to impose their opinion on each other and ending up in trash talks.
The attraction of a less-cluttered medium
I have to be honest and say that the above would have been the opportunity for Whatsapp and programs like it to offer a reasonable alternative for people who wanted a less cluttered medium of communication. The program could have found a way where people who shared the same interest would meet in interactive chat rooms with enhanced multimedia enabled environment; a matter which would have resulted in a significant increase in the number of users. It is amazing what 16 billion dollars can do these days!
The reality remains that Whatsapp is a direct conversation tool between people who share phone numbers. It lacked that appeal to drive masses to open a discussion; a step which I believed was very close for peer to peer apps to breakthrough.
In relation to the acquisition, WPP CEO Sir Martin Surrell, commented: "Looks potty on the surface and at first blush. Also looks like a successful attempt to top Google in the bidding process. But you can´t criticise Facebook´s and Mark Zuckerberg´s track record. Maybe he knows another thing we don´t know?! It will inevitably pump up valuations, at least temporarily. Looks like a defensive move to me, with a big stock component. Maybe it says something about the Facebook share price?"
With this buyout Facebook guarantees its survival by maintaining two interfaces, therefore increasing its probable longevity by another 50%. Should the normal Facebook die out, behold the new "Whatsbook" (a hybrid name I created).
The deal is still fresh, and no one knows exactly how Whatsapp will be integrated in Facebook. Only time will reveal that.
Thought Leader Profile
Tarek Lasheen, Public Relations Director, Memac Ogilvy & Mather Egypt. 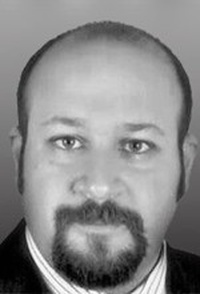