ITL #65 An army of advocates: the importance of employee trust


Employees can work wonders for, or utterly tarnish an organization’s reputation. At companies where trust levels are high, the risk of reputational damage is lower. So, how to nurture trust? By Lisa Kimmel.


At any given moment, your employees may be enhancing your reputation or dismantling it. Not only are your employees talking about you, but people will believe them, so you need to do more than hope they are saying something positive.
For 14 years, Edelman has conducted the Edelman Trust Barometer, the most comprehensive, annual global study of trust. This year’s survey shows that 52 per cent of people trust regular employees when forming an opinion about a company, while only 43 per cent trust CEOs.
Knowing the influential position your employees hold in shaping your company’s reputation, and the megaphone that social media channels gives them, if you equip them with the right messages and empower them to talk about your business freely, you can create an army of powerful advocates and, if it comes to it, defenders.
Establishing trust
But how does that happen? Trust is an integral ingredient inside your organization. For an employee to help build your company’s positive reputation, they have to trust its leadership.  Over the history of the Trust Barometer, Edelman has found that employee trust relies on empowerment, integrity, ethical standards, culture, transparency, and support with strong leadership.
The first step toward trust is empowering your workforce, and you can do this through inclusive management. This means involving employees in important decisions, ensuring that their opinions are heard, and giving them a sense of ownership over the business. Engage them, prove that you’re listening and, in turn, create advocates.
Secondly, insist on integrity. In 2012/2013, a Kenexa Worktrends report concluded that, along with benevolence and competence, trust depends on integrity. This means always acting in a moral and ethical way, both in calm times and difficult ones, in order to create and maintain trust.
Similarly, be transparent and forthright. A recent Towers Watson communication study showed that successful companies tend to have managers who clearly communicate an organization’s vision and values. This goes beyond sharing key messages to meaningfully interacting with people. Storytelling is a way to make your vision come alive for people. Sharing stories with them also provides your employees with positive things to say about your company when they are asked about it.
Trust shapes the way your employees talk about you
Conversely, employees who are cynical about your organization will be quick to lash out when angry and become your biggest detractors.  For instance, on the last day of a 31-year career, Toronto Transit Commission (TTC) employee Ron Mitchell expected a send-off and goodbye party. He trusted the TTC and assumed management would recognize his decades of loyalty. Instead, he was confronted with a completely abandoned facility at the end of his last shift on December 30.
In response, he posted a YouTube video of his experience – calling out the difference between goodbyes for management and union employees – that quickly received more than 100,000 views and led to coverage in various major media outlets.
On the other hand, employees at a company where trust is strong will jump to its defence on social media. When (erroneous) reports surfaced last year that Google was eliminating its "20% Time" policy, which allowed engineers to spend one-fifth of their time on pursuing new ideas, there was an instant outcry. Google engineers were quick to defend the brand on forum site Hacker News, writing statements such as, "As someone inside Google, this simply doesn´t square with reality: just yesterday I spoke to a friend about joining a project he’s working on on a 20 per cent basis."
In a similar vein, trusting employees will use social media and other online platforms to trumpet a company’s best attributes in times of relative calm. Such is the case with one of Edelman’s clients, TELUS, which holds an annual corporate social responsibility initiative: The TELUS Day of Giving.
Last year alone, the Day of Giving had more than 14,000 participants and received more than 9,650 mentions on social media – the vast majority of them organic employee posts – using the hashtag #GiveWhereWeLive. The company has created an army of advocates by giving them something to talk about and empowering them to do so. Its workforce trusts the company and believes in its CSR initiative, while the company trusts its workforce to talk about it.
Making the business case for trust
Trust is integral to recruitment and retention, though its power goes beyond reputation. A 2010 AON Hewitt studyfound that 43 per cent of employees trust senior leadership. Again, there is a void here that should be addressed. The same study found that employee engagement – which is directly related to trust – can lead to higher productivity, better working relationships, and more satisfied customers.
You can determine whether or not your employees trust you. Trust is nurtured with inclusive management, authenticity, and transparency.  These need to be intrinsic to your business model and plans in order to create supportive ambassadors and drive long-term success.
Thought Leader Profile
Lisa Kimmel (@lisakimmel) is general manager of Edelman Toronto (@EdelmanTO). Edelman (@EdelmanPR) is the world’s largest public relations firm. Lisa has been recognized twice as one of the Top 100 Most Powerful Women in Canada by the Women’s Executive Network. 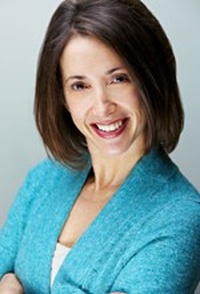 Lisa Kimmel is general manager of Edelman Toronto. She has been recognized twice as one of the Top 100 Most Powerful Women in Canada by the Women’s Executive Network.