ITL #78 Rise of the deep technical influencers: the transformation of tech PR in the Netherlands


The once potent technology press is now far thinner on the ground. With fewer tech journalists around, well-informed local bloggers have become the key influencers. By Eric Dragt.


Over the past decade or so, technology PR in the Netherlands has been transformed. A couple of developments changed the lives of PR professionals and technology companies that are active in the Netherlands.
When I started my career in tech PR in 2003, I noticed that the IT industry was still partly in a recovery mode, as a result of the dot-com bubble. Companies that survived the 1999-2001 collapse of the Internet bubble, were gradually increasing their PR budgets, and a new generation of tech startups appeared in the market place, mostly with smart, innovative, niche solutions. As a result, PR focused on exciting product launches and communications around financial results (a key proof point to show journalists, analysts, investors and other stakeholders, that they were financially sound).
The things Dutch journalists were interested in were in sync with the way technology companies were communicating. And with a mix of technical, niche and general IT trade media, the landscape included a variety of publications, each with a solid editorial team extended with a select group of specialised freelance journalists.
At the time, print publications still had the best reach compared to the online media channel, and scoops and exclusives commonly used by PR as print magazines were eager to be the first to break stories – even global ones – in the ongoing battle to keep readers away from their rival publications.
PR requiring a local approach and focusing more on story telling
Probably due to the size of the media landscape and the target audience they reach, Dutch IT trade publications stepped onto the global online media bandwagon a few years later than their US and UK counterparts.
With the English speaking media taking the lead on publishing stories as soon as they happen, the Dutch media were focusing less on bringing global stories – that were already being covered by International websites and being read by Dutch IT professionals in English – and instead were keen on local news, customers and trends and industry content.
The shift to online and the focus of Dutch IT press on locally relevant stories and thought leadership articles had its impact on PR strategies for technology companies in the Netherlands. PR tactics needed to be more local, less product focused and more about story telling than before.
Changes in the Dutch tech media landscape impact local PR strategies
In the past five years, the Dutch tech media landscape has changed significantly: many ‘print only’ trade publications – mostly technical titles – disappeared, editorial teams of general IT trade outlets shrunk, and the overall number of relevant technology publications dropped.
Dutch tech PR professionals needed to adjust their strategies: work more focused with less core tech titles than before and come up with creative and valuable pitches to fewer tech journalists out there. PRs who kept focusing on just the editorial teams and not the pool of freelance journalists that were still writing for technology publications – or even starting new online initiatives – fell behind.
Engaging with a new breed of deep technical influencers
In 2011 and 2012, a number of the deep technical outlets that were not successful to keep their readerships’ (and advertisers’) interest for their hard copy magazines, lost the battle. And with that, the Dutch IT market lost a local platform where tech trends and developments were discussed, and technological knowledge could be shared within the deep technical communities.
From discussions with European tech PR professionals in the UK and other key European markets, bloggers were making their way into the PR mix and becoming an important key influencer target group for many technology companies. Shortly after the ‘fall’ of the technical trade publications in the Netherlands, the local blogger communities became more active and visible and were also reaching audiences beyond the national borders.
These deep technical experts were the perfect discussion partners for tech companies that were eager to get there technological, product focused message out, whilst getting used to a more engaging type of communication, facilitated by PR.
Recently, a couple of the technical titles have made it back to the Dutch IT media sector, but needless to stay that this new breed of deep technical influencers – the tech bloggers – are here to stay.
New type of PR professional
It has clearly been a few interesting years for Dutch tech PR professionals realigning with online publishing business models, new target audiences and the impactful changes in the media landscape. I suspect that the importance of delivering quality thought leadership content and engagement with bloggers on a technical level and beyond country borders, will set the stage for a new type of tech PR professional: one that understands technology inside out, knows how to translate the corporate message into a locally relevant story and only wants to create long term relationships with key influencers that matter.
Author’s Details
Eric Dragt is the founder and managing director at Amsterdam-based tech agency En Serio. For more than a decade, Eric has helped IT and telecoms companies raise their profile in the Benelux by turning their stories into locally relevant narratives tailored for the right key journalists. He spends a lot of time speaking to and writing about clients’ customers and partners and believes that this is crucial in truly understanding clients’ business and the marketplaces in which they are active. 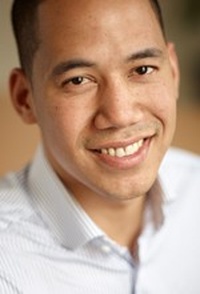 Eric Dragt is the founder and managing director at Amsterdam-based tech agency En Serio. For more than a decade, Eric has helped IT and telecoms companies raise their profile in the Benelux by turning their stories into locally relevant narratives tailored for the right key journalists.