Designing, constructing and operating twin 1,224 kilometre gas pipelines through the Baltic Sea represented a major technical and engineering challenge in itself, but external challenges such as political, geo-political and environmental concerns, and competing interests from existing transit countries also all presented a number of potentially insuperable hurdles.

In most Baltic Region countries, as well as the EU, the UK and the USA, the starting point was generally one of hostility to the project for geo-political reasons. We also had to respect the deep-seated concerns about the fragile eco-system of the Baltic Sea and take account of the legacy of many dumped munitions from two World Wars.

Often major infrastructure projects are planned from the technical and economic perspective and then the communications people are brought in to help "deliver" the project. Such an approach would never have worked with a project as massive as Nord Stream, the privately-financed €7.4 billion gas pipeline that passes through the waters of five countries: Russia, Finland, Sweden, Denmark and Germany. Permission was needed from all five countries before the first of the 202,000 pipes could be laid.

Nord Stream’s Communications Team was involved from the planning phase onwards: we had a key role to play in helping to manage an open dialogue with all interested parties including 25 public hearings and some 250 dialogue events throughout the Region. We sought both to listen and understand, and to explain and win confidence in both the project and the project company. We succeeded in creating an understanding of the benefits of the project in an on-going two-way information exchange with opinion leaders, stakeholders, the media and the public. Valuable information was fed back into the planning to help ensure that the precise design, routing, construction and operation of the pipeline would be safe and environmentally sound.

All this helped to bring the overall project to fruition within the ambitious schedule set by the project consortium’s shareholders: design to delivery in three years. All permits were granted by January 2010, the first pipe was laid in April 2010, the first of the twin pipelines was completed in May 2011 and after successful pre-commissioning, the first gas will flow through it in October 2011.

The 20-strong Communications Team has been a party to all key decisions, as:

Members of the project consortium’s Management Board
Members of each of the national Task Forces, which have been responsible for obtaining all the necessary construction and operating permits within two years and overseeing activities in their countries in accordance with the permits
Members of the Financing working group (with key financial institutions)
The Communications effort has been structured on a "Think Local – Act Global" basis, with the centre providing support, tools and guidance for the all-important local teams, as well as transboundary coverage taking account of local sensitivities.

Integral to the project

A comprehensive Communications programme in each affected country has been an integral part of all phases of project management:

Planning phase: stakeholder mapping, understanding and input of concerns and fears, stakeholder engagement, an issues management system that handled 2,400 queries from the public and media in one year; a knowledge pool, a constantly updated set of agreed positions and messages; more than 200 public consultations, a "Pipeline Information Tour", media relations, public affairs, briefing of opinion leaders, developing crisis communications plans, liaising with shareholder and supplier communications teams.
Applying for construction and operating permits from all five countries through whose waters the pipeline would pass: all the above, plus helping project teams to finalise detailed plans that meet all requirements – technical, environmental, timing and monitoring – and liaise with authorities regarding announcements.
Implementation: participating in daily construction meetings and conference calls, interpreting and explaining what is happening, dialogue with concerned parties, media relations and public affairs to retain support, extensive monitoring and dialogue to understand, anticipate and manage any upcoming issues.
Environmental monitoring: transparent communication of results of extensive on-going environmental monitoring along the pipeline route through the Baltic Sea.
We also managed to help set the agenda and help create an awareness of the context of all aspects of the Project: for example the importance of the project for Europe’s future energy security and CO2 commitments, the project consortium’s absolute concern for safety and the environment, and how the company’s award-winning "green logistics concept" enables 202,000 24-tonne pipes to be produced and eventually shipped to specialist pipe-laying vessels in the Baltic Sea in the most efficient and environmentally responsible way.

The Communications Team has also had to address misunderstandings and criticism of the project, but we have always gone out of our way to be positive, understanding, transparent and open to dialogue. Rather than just defend the project, we aim to generate and maintain confidence in both the project consortium and the project itself.

Whereas much of the opposition to the pipeline has been on political or geo-political grounds, we have focussed on the commercial logic and soundness of the project, as demonstrated by the fact that the €7.4 billion project is privately financed – and both rounds of financing from international commercial banks were more than 60 per cent oversubscribed, despite the difficult global financial and economic climate. 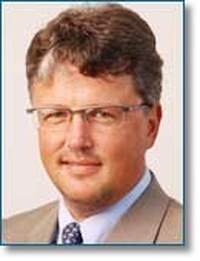 Deputy Communications Director, Nord Stream A.G. The Nord Communications Team has won several awards for various aspects of its overall programme, including as Winners of the 2010 IPRA Golden World Award for Community Relations.