From Press Spokesperson to Conductor of Dialog


A new self-image of public relations practitioners is emerging as job roles evolve to take account of the changing nature of communications.

The German mobile communications provider simyo posted an inconspicuous online job ad last year to find a successor for the parting spokeswoman. A second glance however revealed how significant this replacement actually is: the description only assigned a minor role to the typical tasks of a public relations specialist. Instead, it corresponded more to the job specification of a "Social Media Manager".

A look at the "press" area on the web site www.simyo.de then confirmed how strongly the company pursues its focus on a direct dialog with its stakeholders. Whereas traditional companies still build on the list of press releases as the focal point of their web offering, the links to the "simyo blog" clearly dominate here. Press releases, Twitter and Facebook feeds rank second, preceding pictures and videos.

simyo may still be an extraordinary example of a company favoring a dialog-oriented approach with a direct communication line to target groups rather than to professional/editorial multipliers. Nevertheless, this example shows what a fundamental transformation the public relations profession will encounter mid-term.

New public relations training offerings, keynotes at conventions and discussions between public relations professionals show that even long-serving media experts no longer ignore the principles of new communication platforms. The profession – regardless of what side you are on, customer or agency – is developing and demands substantial flexibility of the involved individuals, not only in terms of their actual tasks but also with respect to their own self-image.

But what are the reasons for this evolution of the public relations job? Consumer behavior is a driving force. According to a US study "Individuals or organizations which people follow in a social network" rank in third position of the most important online news sources – following portal sites and web sites of news channels. According to a representative TNS (renowned market research company) survey in Germany, the internet as "vehicle for information on current affairs" is almost as important to the consumer as the daily newspaper.

At the same time, it is becoming apparent that the relevance of the internet is increasing here at the cost of the daily newspaper. Another factor is the significance of Facebook and Google as "reader supplier" for classical media. While Google is losing impact on big media such as the New York Times or the German Spiegel in this outline, the influence of Facebook is constantly growing.

An additional factor is the media’s increasing competitive pressure, driven by cost reduction measures in the print segment. More and more often, companies conclude that long-serving public relations instruments can only fulfill their original target to a limited degree. The visitor numbers at press conferences are declining. Press releases are increasingly stored in the "Spam" or "Read later" file, often assuming more of a search engine optimization role.

Of course, the frequently proclaimed replacement of print by online has not taken place. Nevertheless, the transformation in the world of media with all of its micro factors fundamentally impacts our profession. The individual results are still very different. Whereas companies such as simyo position themselves as very modern with their clear focus on the dialog employing social media and largely eliminate the traditional press spokesperson profile, there are also companies whose media activities are still limited to "a selective reply to journalist inquiries".

For most communicating companies however, the use of new communication vehicles beyond public relations has become standard. The closer the linkage between public relations and marketing is within a company, the more consistent and easier the interaction between "editorial", "campaigning", "promotions", "stakeholder dialog" seems to work.

The communicators themselves face the challenge of developing themselves from the "extensively networked" contact person for mostly personally known journalists to a sort of orchestrator of a dialog with various voices, in which the media work only stands for one. Contrary to the "speaking with a single voice" approach proclaimed up to now, the target in this context can only be to have the various instruments play together harmoniously.

Recently, the German blogger Robert Basic drew the picture of the "personal press spokesperson". He introduced Carmen Hillebrand (Vodafone) and Stefan Keuchel (Google) as his ideal role models in terms of dialog and presence across all relevant target groups. Specifically, he tied this to three factors, which contribute decisively to the success of the new type of Communicator. "Information flow" stands for the often real-time coverage of company news. "Personality" demonstrates the readiness to – contrary to the long-serving model of the press spokesperson – deliberately show face, to prove commitment and to personally build up trust. "Open for dialog" stands for the willingness to engage in the individual dialog with the stakeholders, far more extensively than the classic multipliers, which often goes hand-in-hand with customer service tasks; for instance, if a consumer requests support on a product issue via Twitter.

The new self-image of communicators not only relates to online. The German mobile communications provider E-Plus for example created meeting platforms for personal live-communication in Berlin with its story concept "BASE Camp" and the event series "UdL Digital".

Here, the product brand BASE regularly hosts talkshows with high-level members of the German political community in front of an audience. These can subsequently be viewed as webcasts. In this context, the press spokesperson suddenly becomes a media producer for his/her own cause and creates new communities in the outline of these events; the communication of which then continues outside of the individual event in the web.

Even if this example just reflects another extreme, it clearly shows where the journey leads: the "sender recipient model" maintained over the past decades is history. Communicators will have to face the new media landscape with more individual, distinctive answers in order to position their message. By bypassing the multipliers more and more often, a more direct dialog can be established with the customer and consumer target groups, thus giving public relations the opportunity of a substantially higher marketing impact. 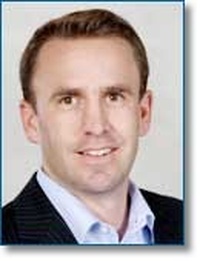