Golden rules for PR in the Middle East

Whether you work agency-side or client-side, if you are looking to doing some press work in the Middle East make sure you don’t fall in the same pitfalls as others have before you.  Below are four things you need to know about the Middle East before landing here.

In your first 24 hours on-ground everyone will want to explain to you the dynamics of the country you’re in, and they might even show off their knowledge about our kings, princes, and sheikhs.  But what they will fail to tell you is that for your line of work, the Arabic language, is the true king of the land and the only royalty you need to be concerned with.  I keep seeing really good PR pros come to town and build good communication strategies that quickly become duds because they don’t translate well into Arabic, in terms of approach and content. What’s even more shocking is that I keep seeing PR firms developing press content in English first, and then translating it into Arabic. Then they get disappointed when clients and editors reject their content because of poor writing. I can’t emphasize this enough. Arabic is the language of the land. Arabic is your king when communicating in the Middle East.  But ...he is a good king. Obey him and he will knight you.

2. Know your geography: the Middle East is somewhere between Europe and the U.S.

Over the last 10 years I’ve worked with over 40 brands across the Middle East. One thing I’ve learnt during those years is that, though the world can paint us Arab countries in one color, the on-ground reality is that Arab countries are not alike even though we speak the same language. A quick way to understand the composition of the Arab world is to think of the Middle East as a region situated somewhere between the U.S., which has a more-or-less homogenous population, and Europe, where almost each country has its own culture, language, government, trends, and history.

Like the U.S., we all speak the same language. And like Europe, each Arab country has its own culture and national agenda. This directly impacts how the press works.  In my home town of Kuwait for example, business editors love well-written market insights and thought leadership stories.  That’s because their journalists are busy covering the stock market, which is what the readers want, and therefore have less time to write in-depth articles. On the other hand, NGO, CSR, and community-engagement stories don’t get much traction.  Whereas in Jordan, those types of stories, including entrepreneurship stories, do go a long way and truly engage your audience. Why? That’s because the national agenda is different from one country to another. The same is true for other countries in the Middle East, including Saudi Arabia where stories about human development, grand employment initiatives, and women empowerment topics are on the agenda.  In fact, if you work for a company that is expanding to Saudi and you intend to hire and train locally, do make sure that you include a human development story in your press outreach. Trust me, it will go a long way.

3. Repeat after me: Dailies for business and politics stories, blogs for consumer stories.

The Middle East is the only region in the world where dailies continue to see growth in circulation and advertising revenue, and that’s because they have a de facto monopoly on political news, business news, and have the financial muscle to retain opinion writers. The Middle East is probably also the only region in the world where the blogosphere is yet to be effectively moneytized and continues to be led by under-resourced, yet passionate young bloggers who are students or have day jobs. Yet because of their young age, they are more successful in attracting a following for consumer and lifestyle stories. That’s not to say they are not active in political commentary, because they are, but they are not as active or consistently influential as dailies since they lack the financial resources. This has led to a pretty unique dynamic where people read dailies for political and business news and analysis, and read blogs for consumer and lifestyle stories. What does this mean for you? If you are coming to the Middle East to push your client’s corporate, political or financial story then head straight to the dailies and don’t even think twice about other channels - for now.  However, if you’re heading to the Middle East to launch a consumer product, then head to the blogosphere and don’t look back.

Last, I will leave you with one final message. The Middle East is diverse, exciting, volatile in every way possible, and is developing very fast across all areas. You can create long-term online and offline communication strategies for your audiences and in ways that genuinely connects them to your brand. All you have to do is talk to them in their own language, start a dialogue, and work according to their priorities. 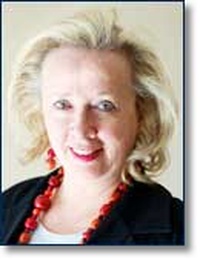 Johanna McDowell is IPRA President for 2012.