Cross-Cultural Communications and Global PR can all too easily go wrong. Helen Bannigan looks at some awful blunders.

Would you rush out to buy a beverage marketed as "toilet water" (Italy) or one that claims to "bring your ancestors back from the dead" (Thailand)? How about a refreshing glass of "Irish dung" (Germany)?

Globally respected businesses Schweppes, Pepsico and the Campari Group were responsible for these marketing blunders.

If we’re lucky our cross-cultural marketing gaffes will only cause a few chuckles here and there. When we’re not, they can cause severe offence, cost us money, and worse.

While the world is coming together through technology, our messages must increasingly be tailored according to local cultures and customs.  Cross-cultural communication has clearly now become a critical driving force of international public relations.

As global PR professionals, we must be in a position to coach our clients on how their communications choices are perceived in the local cultures around the world in which they operate.  Such cross cultural differences can make or break a PR campaign or new business relationship, as unfortunate high-profile examples have shown over and over again.

Translation blunders, of course, are just the start of it.

There are also different communication styles that can quickly bring productive discussions to an end. British and American style tends to be "explicit"; messages are conveyed mostly through words, ambiguity is avoided and spoken words have literal meaning. As a Brit or an American, I say what I mean and I mean what I say. This can come across as crass, arrogant and unsophisticated to some.

In other cultures, such as in the Middle East and Asia, communication is "implicit". The message listeners are likely to interpret is based on factors such as who is speaking, the context and other non-verbal cues. Spoken words do not fully convey the whole story as listeners are expected to read between the lines. Notoriously, Japanese executives may nod their head at our proposal or even say "yes", making us assume they agree with it. But this can mean anywhere from "I hear you", to "I strongly disagree with you" to "I have no clue what you just said".

Silence can also be a very powerful communication tool. In Asian cultures silence can be a way of showing respect; an indication that the receiver is pondering over the issues at hand, thinking about what had just been said, giving it the proper attention and honor it deserves. Westerners may feel uncomfortable, and jump to fill that silent gap with banter, which breaks that pensive mood and could cost them the deal.

Conversely Italian executives have a tendency to interrupt colleagues at regular intervals, not allowing sentences to be finished. While this may come across as rude to some cultures, for Italians it’s an expression of passion for the topic at hand. If an Italian executive is silent, it can likely mean they’re not interested in what you have to say.

The use of publicity materials in PR campaigns must also be cross culturally examined. Pictures of seemingly innocent items in one culture could mean something completely different in another. For example, a company advertised eyeglasses in Thailand by featuring a variety of cute animals wearing glasses. The ad failed as animals are considered to be a low form of life in Thailand and no self respecting Thai would wear anything worn by animals.

Here are a few more cross-cultural blunders some top corporations have made.  With all their marketing budgets they can still get things wrong. There is hope for us yet.

These are but a few examples of marketing snafus encountered due to language barriers, cultural nuances, differences in local business and social protocol and more.

If we wish for our international PR campaigns to succeed it would serve us well to heed the sage advice of international motivational speaker Anthony Robins, "To effectively communicate, we must realize that we are all different in the way we perceive the world and use this understanding as a guide to our communication (and interaction) with others." 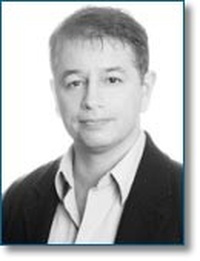 David Huerta is General Partner, J-Spin Inc. For over 10 years David has provided strategic counsel in developing communications strategies for BtoB tech companies seeking to gain a stronger foothold in the Japanese market.