Central and Eastern Europe provides inspiring examples of how natural "connectors" in big corporations, governments and NGOs can look beyond narrow interests to build trust. By Eszter Szabo. 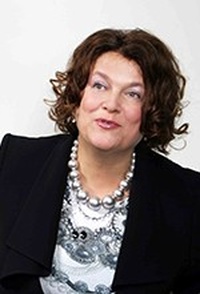 Eszter Szabo leads GE’s strategic communications and public affairs in CEE, including 21 countries from Lithuania down to Cyprus. She drives discussion on how GE and the region can grow together as partners.