The Socialization of Communications in Latin America


There has been a massive growth in the Internet Penetration Rate across South America during the past decade, writes Victoria Osorio

The advent of social media has caused a revolution in public relations and communications around the world, with some markets, such as Latin America, more naturally predisposed than others.

As the social media options have grown globally, companies and brands have sometimes clumsily ventured into this new arena with the thinking that social media vehicles and social networks are just other communications tools to get their message across. That is a mistake.

As the communication vehicle opportunities have changed, so must the approach. The one lane highway of ‘communication to,’ has now obligatorily changed to ‘communication with.’ Our industry is at a turning point. Where you are on that turn, depends on the region.

The beauty of social media is that it is a multi-lane super-highway coming and going, weaving a web of instant communication opportunities between organizations and their global constituents. Marketing and communications, once siloed disciplines, now have the chance to integrate messaging and objectives to increase brand (whether personal or organizational) awareness and loyalty with endless opportunities to gain instant insight into their constituents’ thinking, ideas and perceptions.

All organizations from companies to non-profits, to political parties can benefit, in theory. The caveat being of course, a clear understanding of this seemingly quantum medium that is literally exponentially expanding around the world. But, where in the world do you start?

Contrary to popular perception, there are few regional markets in which companies that ‘get’ the integration of marketing and communications due to the growth in social media and social networks could better benefit than in Latin America.

In a study conducted by Universal McCann (Wave 5 – The Socialisation of Brands) regarding social media and social network usage in the Active Internet Universe (16-54 age range with usage daily or every other day), participants were asked if they’d managed an existing social network profile in the last six months. Respondents from Brazil, Latin America’s largest economy and population base, had the highest percentage of affirmative responses at 74.5%, second only to Russia which registered at 79.3%. The global average was 61.4% with the U.S. reporting in sixth place with 58.1%.

Meanwhile, when Active Internet Users around the world were asked, in the same study, how many people they stay in contact with in their personal life through a social network, Brazil once again ranked first with an average of 74 people, considerably higher than the global average of 52 and the U.S. average of 53. Italy came in second place with a reported average of 66 people.

But, is there an interest in connecting with brands or companies? According to UM, almost half of the Active Internet Users have already joined a brand community with Latin America leading the way. Of the top 10 countries, five were Latin American including Chile, Colombia, Ecuador, Argentina and Brazil.

1. To support a cause
2. To share my appreciation with others
3. To associate with something I think is cool
4. To fill time/have fun
5. To get free content

Understanding the Internet and social media and social network landscape is critical to successfully crafting communications messaging and now, constituent interaction. Never before has consumer engagement been so easy, yet so confusing. In Latin America, the cultural tendencies toward community and word-of-mouth naturally lend themselves to the adaptation of these technologies. For those companies doing business in the region, there is only one thing to do...join the party. 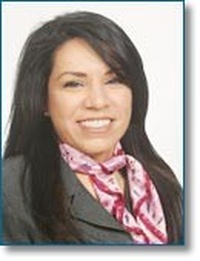 NYC-based Victoria Osorio specializes in creating powerful PR and marketing campaigns that leave a lasting impression on target audiences. Her clients span a number of industries including music, renewable energy and travel.