Moving out of Brazil’s Shadow

Speak to many people in the international business community about Latin America and they immediately focus the conversation on Brazil, citing glowing comment in the top-tier business media about the ‘country of the future’. For some, Brazil is principally a commodities play, with huge reserves of Oil & Gas, Iron Ore and agricultural goods. Others talk of the domestic market of over 190 million, and one of the fastest growing middle-classes in the world. Others talk of the unique opportunity of the 2014 World Cup and 2016 Olympics. Most agree Brazil is one of the most exciting global emerging markets opportunities.

Since Goldman Sachs Economist Jim O’Neil coined the term ‘BRIC’ in 2001 – referring to the grouping of Brazil, Russia, India and China – it has become short hand for high-potential, high-growth global emerging markets. For much of the last decade in boardrooms from London to New York the question has been asked: what is our BRIC strategy? But there is growing recognition that the term has outlived its usefulness, both because it over emphasises the similarities between the four BRIC countries and also because it implicitly relegates other global emerging markets to a ‘tier two’ deserving of less attention.

The reality is that the BRICs have always been uneasy bed-fellows. In very different ways the fundamentals of China and India point to a prospect of sustained high-growth over many years, whereas the fortunes of Russia ebb and flow with the price of Oil & Gas, on which its economy is hugely dependent and where structurally the possibilities seem far more modest long term than India or China. Having spent the last three years working closely with top-tier investors entering the Brazilian market, and with top-tier Brazilian companies on international growth I can attest to the fact that Brazil has its own very Brazilian set of challenges which, as yet, have not fully fed through to boardroom or media sentiment.

While Brazil has achieved strong year-on-year growth in recent years fuelled both by the commodities ‘super cycle’ and its growing domestic middle-class, the economy suffers from a number of fundamental structural weaknesses. Most notably there has been a huge lack of infrastructure investment, a huge lack of education & skills training, and a complete absence of fiscal reform. Taken together these three factors not only restrict its medium and long-term growth potential, but build inflationary pressures into the system and prevent a reduction in interest rates, driving the appreciation of the currency and harming industrial competitiveness.

In the PR sector the BRIC craze continues, with historically high multiples being paid to acquire full-service Brazilian and specialist social media and sports marketing groups, either as a point of entry into the market or to bulk-up to existing network offices. This has strong appeal to clients, investors and media. Brazil is the ‘Latin America strategy’ for many. But speak to those with a core focus on Latin America and you will hear a very different story, dominated by the exciting growth prospects of Mexico, Colombia, Chile and Peru.

Brazil is hugely exciting but there is a whole region beyond its borders, which to date has received little attention from the global PR sector. Much as we raised eyebrows in the 90s and 00s by evangelizing about some of the less ‘appealing’ Central & Eastern European markets, we feel some of the so called ‘tier two’ markets in Latin America also deserve attention.

In common with our time in CEE in the 90’s and noughties we also believe that inward investors and large indigenous companies may be better served by more rigorous corporate reputation management and stakeholder relationships. In this sense at least there is commonality between Brazil and the rest of the region in that there is a large gap in the understanding and practise of corporate and public affairs compared to global ‘developed’ nations. Things are changing but there is a long way to go. 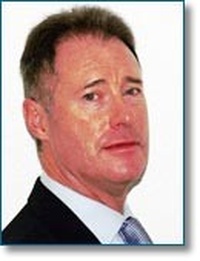 Alistair McLeish has spent the last 20 years focused on corporate, public affairs and public relations consulting in emerging markets. He was the founder of Mmd Group, which grew to become the leading global emerging markets PR consultancy operating across twenty countries in Central & Eastern Europe and Eurasia, prior to its sale to Huntsworth PLC. Today Alistair is Chairman of Speyside Corporate Relations, an organically-built fully-owned network across Latin America & the Caribbean. Speyside has supported over $5.5bn FDI into the region in the last twelve months, and works with leading multinational investors across the region.