Hacks-To-Flacks Brighten The Dark Side


Journalists who make the move into corporate communications often discover they are rather good at it. Abigail Levene explains why many journalists thrive when switching sides

When I left Reuters, I fell into freelance journalism and from there it was a short hop to corporate writing. But I still thought of myself as a journalist – until I happened to speak to a former colleague, who had some years earlier made the press-to-PR move. "I’m sort of on the borderline: one foot in journalism and the other in corporate communications," I explained. He was quick to set me straight. "Oh no," he said. "You’re definitely on the dark side now."

It’s no secret that journalists call it the dark side: the perception that PR is a murky melange of lies, damned lies and spin that no decent journo would ever dream of as a career, runs deep. That’s if they ever bother to give PR a second thought. But let’s face it: plenty of journalists – even some of the snootiest – have made the tried-and-tested move and have discovered that they not only rather like it, but are also rather good at it.

That is certainly our experience at Stampa. Founded three years ago by four former journalists whose combined experience spanned AP, Bloomberg, Reuters, the Financial Times and Dutch national TV, we are now a company of 13 in London and Amsterdam offering the full spectrum of internal and external communications. No fewer than eight of our people – in fact, all our seniors – used to be journalists. In addition to our founding partners, our employees have worked at leading Dutch dailies NRC Handelsblad and Het Financieele Dagblad, Dow Jones, Reuters and television channels.

When we poll our clients on Stampa’s pluses and minuses, the message that comes through time and again is that one of our major strengths is our experience, instinct and expertise as former hacks.

Former journalists can perform an invaluable bridge function between the media and corporate communicators. Of course, there are plenty of mediocre reporters, and I’m not suggesting all would shine at PR. But here are some examples of how successful journalists from quality news outlets – having been on the receiving end of so much PR, good and bad – can offer both invaluable advice and excellent execution.

Ex-journalists can write. They write well. And they write fast – especially if they have worked for a newswire or broadcaster. Web texts, magazine articles, brochures, mission statements, annual reports, speeches, webcast scripts, strategic presentations – you name it, they can do it. Crucially, they know how to write press releases that don’t get tossed straight in the trash – because they’ve pressed that ‘delete’ button oh so many times in their past lives. We also find our experience goes down a treat at the writing workshops we deliver for corporate communicators.

Ex-journalists can digest complex subjects, distil the essence and translate it into simple messages. If that involves interviewing recalcitrant executives, they’re good at that too. Seasoned hacks will have sat across many a mahogany desk, asking supposedly ‘scary’ CEOs tough – even stupid – questions. They’re not afraid or over-awed. They keep asking until they understand the answer, and have sufficient information. Allergic to jargon, they create deceptively simple messaging and never forget their target audience.

Ex-journalists know how journalists work and what they need. That might sound obvious – and it ought to be – but journalists are still regularly called by PR people who have no idea when their deadline is, no understanding of what they or their newspaper covers, and no idea how to sell their story appealingly. Ex-journalists still have the nose for news: so they can ‘find’ the news in a company’s story, and portray it compellingly to reporters. Through media training, they can also use their experience to teach PR people and company executives how to tell their story in a clear, concise and compelling way, and how to skirt the common pitfalls of dealing with the media.

Ex-journalists know lots of journalists. Another apparent statement of the obvious, but crucial when it comes to keeping top-notch press lists, knowing who’ll be interested in your story, who is easy to deal with and who is best given a wide berth.

That doesn’t mean it’s always plain sailing. Though many hacks become flacks, not everyone has the temperament to switch sides. Knowing when to push back and when to give in gracefully is a major re-calibration for many journalists, for whom a bolshy, anti-authority attitude is synonymous with being good at your job.

As a journalist, especially for a prestigious outlet, you are in charge. You can wear what you like, prepare as little as you want, ask any dumb questions you dare, and write – or not write – whatever you please. You might think of your readers, but you rarely meet them. Your worst trauma is having your perfect prose tampered with by sub-editors.

As a communications consultant, your client is the boss. You dress up to meet them, prepare obsessively, ask carefully-crafted questions, and do what they tell you to do. You soon learn not to take tracking-scarred documents personally.

Still, we have found that most of our recruits love the switch.

Sadly, however, the pull of journalism remains too strong for some. We hired one former journalist who took to PR like a duck to water. But after just six months, he left to become editor of a stable of trade magazines. He swore he had not been looking to leave – but had been headhunted with an offer he couldn’t refuse. We believed him: or maybe, in his short time with us, he had learned the art of spin a little too well. 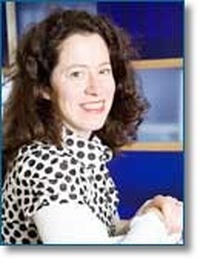 Is director of Stampa, the Amsterdam and London-based financial and corporate communications consultancy.