After the Arab Spring: A New Communications Landscape in the Middle East

When a young Tunisian street vendor named Mohamed Bouazizi set himself on fire last December to protest the harassment he was suffering at the hands of local authorities, no one could have predicted that this seemingly isolated incident would unleash an unprecedented chain of events.

Within a month, the president of Tunisia had fled into exile – after 23 years of previously unchallenged rule. Less than a month later, amid massive protests, President Hosni Mubarak of Egypt stepped down, followed by violent demonstrations in Yemen that drove that country’s president from the country.

Bouazizi’s act of self-immolation proved a tipping point for a generation of young people with little sense of opportunity and even less trust in their governments to chart a brighter future.

Empowered by new technology, mass movements, mostly led by young people, forced the Arab Spring. Those movements were in the main not partisan, nor were they primarily informed by any religious or sectarian divisions. Instead, the Jasmine Revolution came as a clear and direct consequence of widespread dissatisfaction with the status quo.

Those events have already reshaped the political map of the Middle East, and the region’s future history continues to be written in nations as diverse and as geographically distant as Libya, Syria and Bahrain.

In a region where more than 60 per cent of the population is under the age of 30, however, the Arab Spring should not have caught anyone by surprise. Over the past several years, if you had asked young people across most of the Middle East what they wanted most, this is what they would have told you: We want to live in a democracy.

How do I know that? Because, for the past three years, my firm has been conducting the annual ASDA’A Burson-Marsteller Arab Youth Survey (www.arabyouthsurvey.com), the largest study of its kind of the region’s largest demographic, carried out by our sister company, Penn Schoen Berland (PSB).

Since 2008, the 2,000 Arab youth we have spoken with, face to face, in 10 Arab countries have told us that their single greatest priority is living a democratic country. Indeed, the yearning for greater political participation has been the defining characteristic of Arab youth for as long as we have been conducting this survey. (See "Listening to Arab Youth")

Responding to the young

Today, in the wake of the Jasmine Revolution, both governments and private-sector firms recognise that they need to listen to these young voices, and that they need to speak to the concerns of all their stakeholders – often and in public.

In a region that has been historically characterised by top-down leadership, this new communications environment, including the need to embrace dialogue, is an incredible challenge. It is also, of course, creating enormous opportunities for the public relations industry.

PR is relatively new to the Arab world. Yet, by 2009, barely a decade after the profession first became institutionalized here, total fee revenues reached approximately US$150 million. Today, the overall value of the industry, including work done by in-house communications departments, stands at about US$500 million. If current trends continue, there is every reason to believe that the industry will be worth US$1 billion annually within a decade.

I think that the Arab Spring, despite the short-term challenges it is posing, will accelerate those growth prospects for the industry in the medium and longer term.

But the industry will only expand if we ensure the highest standards of service. Over the last two years, the Middle East PR industry witnessed consolidation, as it did almost everywhere. At the same time, as conditions deteriorated at home, some global firms saw this oil-rich region as their last, best hope to survive the worldwide recession.

More foreign firms entered the market, but such firms typically parachuted in a small number of suitcase consultants, seeking to persuade clients they had the global resources to meet their local needs. Often good at selling big ideas, they usually did not, however, have the capacity to deliver on the ground.

Unfortunately, some firms arrived in the region with little understanding of its unique dynamics, limited appreciation of its historical context and no regard for its cultural sensitivities. Armed with fancy global credentials, such firms have done the industry a disservice by making very large promises but delivering very little of significance.

Familiarity with global best practices is a prerequisite for PR firms operating in this region, especially now. That’s a fact. But it is no substitute for real knowledge of the Middle East – including an understanding of the complex web of the sometimes very personal relationships that informs all communications here.

Successful agencies in this region must therefore understand that client relationships need to be nurtured over time. They must be regularly refreshed if they are to be sustained. In the Arab world, client relationships – and relations with all stakeholders – are built on personal trust and made solid by results.

Birthplace of the world’s three great religions, and home to 22 diverse nations, the Arab world also lies at the heart of the wider Middle East, North Africa and South Asia, or MENASA, region. This vast, vibrant and predominantly young market – stretching from Casablanca in the west to Calcutta in the east – is home to some 1.6 billion people, or nearly 30 per cent of the global population, and has a combined gross domestic product of US$4.5 trillion.

This great swathe of the world, as it continues to expand economically, requires the right communications solutions, provided by firms with local insights and global reach, as it never has before.

Nearly a year after one young man in Tunisia set himself alight, the people of this region are still incredibly eager to be heard. In response, governments and institutions understand, more clearly than ever, that they need to establish and maintain new, open lines of communication.

For public relations firms active here in the Middle East, this all adds up to an incredible opportunity, just waiting to be seized. 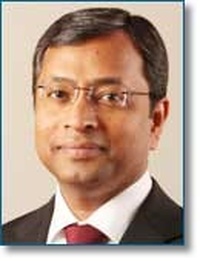