At the forefront of technology...but unable to communicate

South Africa and Australia are competing to host the world’s largest radio telescope, the Square Kilometre Array (SKA).  A decision on the site for the approximate $2.5 billion international project is due to be announced in 2012, possibly during the first quarter.

A group of media comprising South African-based foreign correspondents and local journalists spent the day at the proposed African site for the SKA recently, but they were unable to file reports, update their status or tweet about their experiences.

Travelling through the radio-quiet zone for the day in fact prevented them from plying their trade, as it were. And, although they were witnessing some incredible technology that could possibly explain what caused the Big Bang millions of years ago, and what lies beyond the Milky Way today, they were unable to immediately communicate about it.

As the group touched down on the dusty airstrip in the small Karoo town of Carnarvon, boarded a luxury, air-conditioned bus and started the journey towards the site, a sign announced: "You are now entering the Radio Astronomy Protected Area... Thank you for switching off all cellular and electronic equipment..", and then all cell phone signal was lost and it was literally a case of ‘incommunicado’ for the day – an unusual state of affairs for a foreign news correspondent to find himself in!

Modern technology and mobile devices ensure that we are always in touch, in tune and in contact at the touch of a button. Thus, it was strange to spend a day out of touch and out of contact, literally in the middle of nowhere, and surrounded by seven huge radio telescopes which seem to perform some sort of magnetic ballet as they move around to probe the Universe in search of unknown galaxies and dark energy beyond our imagination.

The Karoo Array Telescope, or KAT-7, which is what this group of journalists observed, is a seven-dish prototype interferometer array in the Karoo. Following the successful construction and testing of a prototype dish at the Hartebeesthoek Radio Astronomy Observatory near Johannesburg, the team completed the KAT-7 project on site, with the huge 15-metre fibreglass dishes produced from a mould in a huge warehouse at the SKA Site Complex, and then transported to the actual site on the back of a huge truck-and-trailer.

The only means of communication the Site Complex has with the outside world is via a computer housed in the remote control room, located in a shielded container to minimise the emission of radio waves. One or two journalists discovered the container and rushed in to file a story, while the rest of the group enjoyed a lunch of local Karoo lamb.

At the isolated Northern Cape site which has been set aside for the SKA, this array of seven dishes is already operational, and has delivered images of the Centaurus A, a galaxy 14-million light years away.

MeerKAT is an Afrikaans word, literally meaning "more cat", but is also the name of a small, mongoose-like mammal that is indigenous to the Northern Cape region. Once completed, the MeerKAT will be the biggest and most powerful radio telescope in the world until the completion of the SKA in approximately 2023, meaning that South Africa will have access to ten years of science that no one else will have.

The SKA is the most important and largest-scale global scientific endeavour to be undertaken. Not only will it deliver multiple scientific and societal benefits, it is also expected to bring 1.5-billion Euros worth of investment into South Africa, should South Africa be awarded the bid, and ongoing annual operational costs of 150-million Euros.

The African bid to host the SKA is led by South Africa and includes eight fully committed partner countries – Botswana, Ghana, Kenya, Madagascar, Mauritius, Mozambique, Namibia and Zambia. This science-driven partnership is cohesive and dynamic, and is representative of Africa’s commitment to establishing the continent as a significant player in the world of scientific discovery and innovation.

The South Africa / Africa bid is most valuable to global scientific communities because of its ideally-situated, radio-quiet site location, which is protected by robust national legislation. In addition, South Africa enjoys a proven track record in scientific innovation and development.

Not only is South Africa the most scientifically valuable and viable option, but the country also offers the most cost-effective and efficient bid to host the SKA – a critical consideration in these stringent economic times.

And, despite not being able to communicate about the site visit in real time, the resultant articles that appeared in many print, online and broadcast media following the media trip are testimony to this claim.

In an international initiative in countries that will make the decision, Baird’s partnered with the SA SKA Project Office and ISC of Brussels to rollout a comprehensive programme to garner support amongst key stakeholders in critical countries.  Over just over a ten-month period, a strong case for an African SKA was presented to influencers and decision-makers in the USA, UK, Canada, India, SA and currently China. 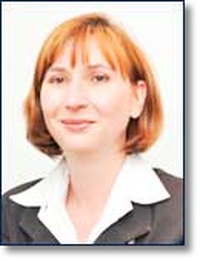 Michelle Robertson is the COO of Baird's