Why hyperlocal is the new global


Simplistic globalisation belongs in the 1990’s. The challenge for corporations today, observes Marian Salzman, is to combine scale with a connection to local communities.

The local movement was born a decade ago on the most horror-filled day in modern history. After the trauma of 9/11, coffee shops the world over were no longer populated with strangers but with community members, and from that newfound surge of warmth and camaraderie, ‘local’ rose as a bastion of wholesomeness and goodness. We saw the Great Recession prompt even more of an inward turning, as community members increasingly looked, for example, to buy from their neighbors instead of a Chinese eBay-er.

The PR agency I run, Euro RSCG Worldwide PR, has been tracking the local movement all along, putting our weight behind the phrase ‘local is the new global.’ I’ve come to believe, in fact, that ‘hyperlocal is the new global’ and am now more convinced than ever of the local movement’s momentum online. But whether we’re talking online or off, real time or delayed time, I’ve seen local’s truth: connectedness. In an age where our obsession with social media makes us, ironically, antisocial, smart marketers are figuring out how to satiate our collective craving for connectedness.

Before I tell you about my successes wielding the hyperlocal angle for clients, let’s talk about the ‘global’ part of the ‘hyperlocal is the new global’ equation because before the words ‘locally made,’ ‘locally grown’ or ‘locally owned’ ever encouraged consumers to buy, the opposite approach was employed—globalization.

You remember the 1990s, when everyone was yammering about globalization? Back then we were more concerned with the treatment of Third World workers and homogenization of cultures than we were with whether or not our cheeseburger came from a cow in the vicinity of our local diner. Speaking of burgers, do you recall Thomas Friedman’s 1999 ode to globalization, The Lexus and the Olive Tree, which asserted that wherever Big Macs are sold there are no wars? His meaning: If Americans export the best of what we do, while respecting cultural differences, we’ll raise the global standard of living.

But if the emblems of globalization are Happy Meals and a united world, then the emblems of local are baskets of fresh-picked produce and a united community. It’s been a trade-off, but for better or worse, the movement has been largely good for those of us in public relations. I’ve actually yet to find an arena where local isn’t the most important way to engage consumers, uncover trends and address issues. No one is excited about globalization anymore, but almost everyone gets the warm and fuzzies over local.

Blurring what should be clear

Let’s talk really quickly about the difference between ‘local’ and ‘hyperlocal,’ as the buzzwords can make lines seem blurry that are really pretty clear; essentially, hyperlocal applies to any local movement that has manifest in the online world. Just look to the enormous increase in community news sites like Patch.com, whose impact has been most profound on the politics front. We’re no longer going to town hall meetings but instead to community news sites or listservs, where we can shake a stick at one another about dumping trash in an alley, post a notice about locally grown eggs for sale, or make a case for a city council candidate we admire.

In step with the socially minded Patch.com are sites like LivingSocial, Groupon and Dealtificate, which give us bargains and tips on local businesses and activities. These hot new online services transcend the U.S. to Mecom in the Netherlands and other parts of Europe and ProXiti in France.

With all the marketing noise that hyperlocalism is making these days, it stands to reason that big business needs to focus on how it, too, can infiltrate a geographic area by investing in local businesses and ultimately supporting the community. Going local is also a fantastic way for businesses to show not just consumers but also employees, friends and neighbors that they are invested in the community in which they live.

Lucky for us, hyperlocal media takes the guessing game out of public relations, as it’s more likely to be useful and virtually guaranteed to be relevant. More than just the traditional local newspaper or broadcasting delivered though the Internet, hyperlocal media encompasses traditional journalists, bloggers, citizen journalists and people taking videos and photos in an online grapevine. Think Facebook as the new No. 1 source for local news.

That was @erwwpr’s thinking when pitching stories for two of our clients—one a national pharmacy chain within a retailer and the other pharmaecutical giant, Warner-Chilcott—with whom we’ve experienced some overwhelming success with hyperlocal marketing.

With our pharmacy client, the challenge was to position the brand as a leader and resource for information and immunization during the flu season. But how to establish local confidence in a brand with more than 900 branches nationwide? We used local experts—branded pharmacists as spokespeople—to make the stories terribly, locally relevant, appealing not only to local-market television programs and print publications but to scores of websites.

Likewise, when working for pharmaceutical company, Warner-Chilcott, we used a modest budget to employ local doctors as spokespeople, two types of specialists who talked convincingly to consumers about a new low-estrogen birth control pill or a new approach for arthritis.

This was not, it turns, out a bitter pill to swallow. For the birth control launch alone, we achieved nearly eight million impressions and counting, largely online, which has me thinking of another catchphrase: #corporateisthenewcommunity. Sound far-fetched? Just you wait. 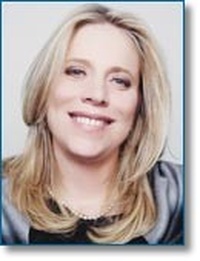