PR professionals around the world are already engaging in discussions of media coverage and spokespersons’ behavior in the aftermath of the Great East Japan Earthquake disaster. Most of the arguments appear to conclude that the Japanese government failed to obtain sufficient information from Tokyo Electric Power Co. (TEPCO) in a timely manner, which left not just the Japanese people but also foreign governments with a sense of mistrust toward the Japanese government.

Understandably, an ongoing surge of earthquake-related media reports has followed the disaster of March 11. Here, I would like to consider how a shift in the frequency of appearance of key vocabulary amid this deluge of reporting, particularly in general-interest daily newspapers, reflects corresponding changes in mass psychology among the Japanese population. This shift in the use of the terms jishuku ("voluntary self-restraint") and fukko ("reconstruction") clearly indicates a shift in the attitudes of media consumers from receptivity to expressions of mourning of the victims to a national feeling to support for efforts toward future reconstruction.

As the chart below indicates, the number of articles in five key Japanese newspapers containing both of these key terms reached its peak during the week of April 8-14. Subsequently, fukko remained in relatively frequent use, while the use of jishuku receded below its initial level.

As noted in a column in the March 27th edition of The New York Times (by Ken Belson and Norimitsu Onishi), "a national consensus on the proper code of behavior has emerged with startling speed. ... With hundreds of thousands of people displaced up north from the earthquake, tsunami and nuclear crisis, anything with the barest hint of luxury invites condemnation ... within days of the March 11 quake, Japanese of all stripes began turning off lights, elevators, heaters and even toilet seat warmers. ... At a time of collective mourning, jishuku also demands that self-restraint be practiced elsewhere."

In fact, key commercial TV and Radio stations actually stopped airing ordinary TV commercials, replacing them with public service announcements provided by the Advertising Council of Japan (ACJ). Their apparent motivation has been a corporate ethic of voluntary commercial self-restraint, and resistance to any perceived show of callousness toward the disaster victims and their communities. No public service messages specifically related to this disaster were available in its immediate aftermath. But after a week of preparation, the ACJ began airing an ad campaign appealing to a generalized sense among the Japanese people of courage and unity in coping with the greatest natural disaster of its kind on record. None of these media companies and commercial sponsors was coerced into the effort, but naturally had the tacit consent of regulatory authorities and the national sentiment.

The trend toward voluntary restraint expanded further when it came to encompass the nationwide annual tradition of hanami ("cherry blossom viewing"), a period of outdoor parties from late March through early April, usually held at night under cherry trees in full bloom. On March 29, Governor Shintaro Ishihara of Tokyo held a press briefing in which he appealed for "voluntary self-restraint in hanami" parties, which often involve drinking, singing and celebrating late into the night. Refraining from the celebratory parties was understood to constitute a more appropriately solemn expression of mourning and empathy for the victims. The Governor’s appeal was so impactful that it was echoed throughout the mass media by numerous other officials and media personalities.

The spreading mood of appropriately solemn restraint expressed by the term jishuku was then dispelled by a bold statement by Osaka Prefectural Governor Toru Hashimoto, who remarked at an April 13th press conference that Osaka (and its people) should become a driving force to boost the reeling Japanese economy, and make money to support reconstruction in the north

During the week of April 8-14, the numbers of articles using both key words, jishuku and fukko, reached a peak of 2,257 and 929, respectively, after which both figures began to decline. However, a comparison of the two terms shows that fukko use remained in more frequent use, maintaining high numbers with a second peak of 1,885 during the week of June 3-9 (in part because of widespread reporting on the legislative status of the Reconstruction Basic Law), while jishuku continued to decline in frequency of use. In the week of July 1-7, the number of articles containing fukko remained high, at 1,324 articles compared to jishuku at 137.

Not only in key newspapers and TV, but also in many types of social media including Twitter and Facebook, people began to express opposition to the over-proliferation of the use of jishuku, and, presumably of the restrained behavior it represents. Across Japan, broadcast corporations and commercial sponsors were beginning to receive criticism for continuing to hold off on the airing of for-profit TV commercials. There was a parallel increase in expressions of opinion favoring efforts to boost the economy for the sake of the fukko concept. TV commercials gradually regained their previous predominance.

As these observations make clear, Japanese media generally tend to latch on to key terminology coined or cited by persons of authority. The uniformity and persistence of this tendency reflects an ethnic characteristic of the Japanese people, which can be expressed as a predisposition toward uniformity in adherence to the directives of an authority figure, such as, in this case, the Tokyo mayor and Osaka governor. Expressed variously by scholars as "authoritarianism" (ref. Personal Relations in a Vertical Society by Chie Nakane) and "group consciousness" (ref: The Japanese by Edwin O. Reischauer), this ethnic characteristic is particularly well illustrated in the fact that independent, for-profit media exercised restraint against their immediately apparent commercial interests, and even until popular opposition to that restraint emerged.

Thus, even amid such an unprecedented crisis as the Great East Japan Earthquake disaster, the behavior of Japanese media continues to reflect persistent national ethnic characteristics. In this case, we observed an instance of a deep-rooted tendency to seek within the country the wherewithal to cope with catastrophic disruptions. This characteristic contrasts with a general worldwide trend toward globalization of economies and cultures. Future trends in Japanese media approaches to the use of such key words as jishuku and fukko will likely provide fertile ground for future observation. 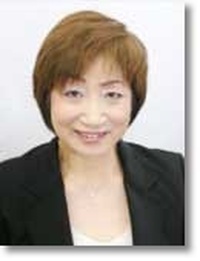