Start Afresh when Looking at India


The best way to approach India is by first letting go of any perceptions you may have and starting afresh. By Sukanti Ghosh.

After a series of significant policy changes that started in 1991, India today is a trillion-dollar economy with an enviable rate of GDP growth that is fuelled by a combination of a fast-growing services sector, a diversified manufacturing base, a significant foundation in agriculture and a strong spirit of entrepreneurship. The country today has the one of the largest upwardly mobile middle class populations in the world and boasts a substantial number of dollar billionaires.

What is especially noteworthy is that a significant proportion of the Indian populace – over 50 percent - is under the age of 25, unlike many developed parts of the world. The country’s resilience in weathering the global downturn and recent financial crisis has made governments, policy-makers, economists, corporate houses and fund managers believe that India can play a significant role in the recovery of the global economy as global power centers appear to be moving east.

A significant part of India’s success story over the past two decades can be attributed to its prudent economic reform policies and its strong fiscal policies that have helped attract a huge amount of foreign direct investment (FDI) into the country across a whole host of sectors, including financial services, technology and telecom, power, automobiles, agriculture, oil and gas and infrastructure. India, conservatively, is expected to double its investments in infrastructure to $1 trillion during the 11th Five Year Plan that begins in 2012.


And while the rate of FDI into India has slowed of late – issues related to governance, protests by civil society, delays in carrying through the reform agenda, possible political instability in the near term, and growing concerns around the health of the global economy are oft cited reasons – there is no denying that India is the long-term destination of choice of a growing number of corporate houses, FIIs and even expatriate executives from the around the world.

So from a communications or public affairs perspective, what is the first thing that a corporate house should do when planning to set up operations in India? What should it bear in mind? And how should it approach the country?

Well, a good starting point would be to let go of all perceptions one currently harbors about the country: perceptions gathered from the media, from friends, from short holidays that senior executives may have taken, from the experience of other companies in the same industry or otherwise – and start afresh. India is very much a continent in itself and needs careful study and understanding, so it would be inappropriate to generalize beyond a point. However, there are a number of pointers that are worth bearing in mind:

The final thing worth remembering about doing business in India is that every issue currently troubling the country is a significant opportunity for global companies to engage with the Indian government and build strong partnerships, based on knowledge and insight. That being said, it is equally important to understand that India is not for those who are looking for a quick windfall or for the faint hearted. It is a place that demands a long-term vision, perseverance, astuteness, best practice and humility for you to succeed.

I look forward to seeing you in India! 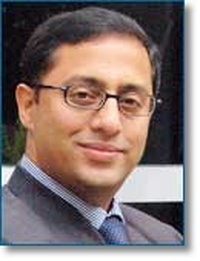