The Swing from Advertising to PR


At a time of message clutter and media fragmentation, PR is proving adept at reaching and engaging with audiences. Rachel Bell considers whether an enhanced role in consumer marketing beckons.

We all know that the way we talk to consumers is changing rapidly. The fragmentation of media, coupled with the social media and digital revolution, means old approaches no longer work in isolation.

This move away from traditional advertising models towards a dialogue model across multiple touch points plays really well into the hands of PR agencies. We can be the new leaders of the agency pack. But are we?

Back in 2002 Al Reis and Laura Reis published The Fall of Advertising and the Rise of PR. In this book they argue advertising is littered with the fall-out of numerous and expensive failed advertising campaigns.

In an age of advertising clutter, they contend only PR can reach audiences in an effective and engaging way. Advertising lacks credibility, but PR has credibility. The book gives numerous examples of how brands like Microsoft, Red Bull, Google, eBay and Zara built in their early years solely on PR, some of which still do no traditional advertising today. The authors also cite many advertising focused brands that have failed in their key marketing and business objectives such as eToys, Chevrolet and Isuzu.

Battling to be heard

Today, traditional advertising is being undermined; it is struggling to cut through the marketing clutter. But that’s not to dismiss it: advertising has a big role to play in maintaining a brand however it can be argued that PR should be used first to build one. Build the buzz, the conversation, the understanding and the depth through PR; then allow advertising to reach the areas others cannot reach.

In a study of 91 new product launches conducted by Schneider & Associates in New York, together with Communications Research Centre at the University of Boston, the most successful product launches were those launched with activities that are PR related (61%) versus less successful ones (41%). The study concluded that "...the role of PR, while under-utilised, was extremely significant when leveraged".

Two recent studies that Shine’s insight team have pored over (Micu, 2005 and Loda & Carrick, 2005) reveal that when faced with advertising and editorial messages, editorial is more effective at delivering recall and proved by far the most impactful.

A question of investment

So is this reflected in where budgets are going? Is there an actual shift in marketing spend from advertising agencies to PR?

If we look at the most recent numbers, yes. In 2008, UK PR agency income grew by 11% (PR Week Top 150 2009), whereas advertising agencies (creative) fell by 7.4% in the same year (Campaign Top 100 Advertising Agency League). Admittedly, the recession is likely to be a factor with high spending retailers and financial institutions rapidly cutting back on advertising. But even with this, an 18-point swing suggests a shift out of advertising and into PR.

However I can’t help but feel that we aren’t out there taking the mantle. As advertising agencies restructure and launch digital offerings, social media divisions and PR functions, their historical strategic and creative leadership can make them better placed to reposition themselves as the integrated knowledge centre for clients.

We have before us an enormous opportunity. This shift is ours for the taking, but each of us has to move and change rapidly.

The social and digital media revolution means companies have to put true relationships with their publics at the heart of their strategy. Every piece of behaviour, output and information is being watched, commented upon and written about, and PR agencies are by far the best placed to work with clients to develop an appropriate response.

In 2009 Shine was placed lead agency across 52% of its clients. Shine 1, its strategy and planning team, now bridges its experiential, digital and creative offerings as a lead agency function.

Shine 1 has commissioned a large piece of research that talks to consumers, and marketing directors, about this revolution. Its aim is to establish if PR really is more effective than advertising in consumers’ minds and to garner insight from the decision makers on their view on the rise of PR and fall of advertising, as Reis and Reis predicted. The results will be fascinating, and I suspect give us momentum in taking the lead agency role more than ever before. 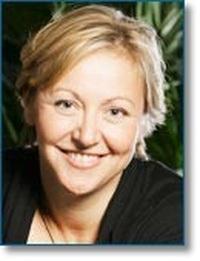 Rachel Bell is founder of Shine, where she's responsible for the agency’s values, direction and ethos.