Who Really Needs a Code of Ethics?


With more business schools adopting ethical pledges, questions of professional morality are becoming increasingly relevant to young professionals. However, is it really the rank-and-file nine-to-fivers who are most in need of instruction in honesty and tra

The events of the past year and a half have done nothing for Corporate America’s already tarnished image. Beyond confirming the perils of subprime lending and the pervasiveness of corporate greed, the investment bankers, automotive executives and even the occasional Ponzi schemer seem determined to give the words "bailout," "bonuses" and "compensation packages" a bad name.

The gross fiscal mismanagement perpetrated by those at the helm of once top-ranking Fortune 500 companies—American Investment Group, Lehman Brothers, Washington Mutual, General Motors and Chrysler, to name a few—appear to have left an impression on scores of young professionals who are now asking themselves whether the pursuit of personal wealth and professional ethics are mutually exclusive.

Harvard MBA students were corralled into action by fellow classmates in the spring of 2009. B-School graduates now pledge to "serve the greater good" as managers, "bringing people and resources together to create value" for both the enterprise and "for society over the long term."

At the Richard Ivey School of Business in London, Ontario, in addition to their MBAs, graduates receive a ring symbolizing their pledge to act ethically and honestly in all their professional activities.

In my own public relations classes at Seneca College in Toronto, discussions of professional ethics have been commonplace, as PR practitioners challenge the stigma of unscrupulous publicity-mongering and charges of ethical misconduct leveled against them by organizations like Corporate Watch (UK) and The Center for Media and Democracy in Madison, Wisconsin.

Associations for public relations practitioners across the board have their own codes of ethics, charters of principles and mission statements. They all emphasize some variation on the themes of transparency, honesty, integrity and protection of the public interest. As the PR practitioners of tomorrow, we recognize the tremendous responsibility entrusted to us by clients, and expected from us by the various publics with whom we communicate. Telling the truth should never be difficult, nor weigh heavily on the mind of the ethical practitioner; yet some professionals (and not just PR practitioners) appear to have difficulty with this concept. And while we clamor to join professional organizations that purport the very values we hope to champion in our own professional activities, I can’t help but wonder who really needs a code of ethics?

Established in 1976, the Center for the Study of Ethics in the Professions (CESP) at the Illinois Institute of Technology has collected more than 850 codes from private industry, professional associations, hobby clubs, government and institutions of higher learning. Though some of the finer points in the codes of ethics of the Pest Control Operators of California, the Monument Builders of North America, and the Association of Professional Engineers of Prince Edward Island vary in respective mandate, they all vow to act honestly, fairly and with the best interests of the public in mind. The majority of codes state, if not to do-good outright, then at least to avoid doing harm and to act in a manner befitting a professional associate of the organization.

Then there are the more ironic reads. Take for instance the 62-page Enron code of ethics. Based on the values of respect, honesty, integrity and transparent communication—with a foreword by former CEO and chairman, the late Kenneth Lay, indicted on 11 counts of securities fraud and related charges—the Enron code states, "We [the employees] want to be proud of Enron and to know that it enjoys a reputation for fairness and honesty and that it is respected. Gaining such respect is one aim of our advertising and public relations activities, but [...] Enron’s reputation finally depends on its people, on you and me [Kenneth Lay]. Let’s keep that reputation high."

Not up to it

Unfortunately, company execs weren’t quite up to that task of preserving Enron’s reputation. Ditto members of the WorldCom and Tyco C-suite (remember them?)—companies with codes of ethics, disseminated among employees to promote upright conduct. Astonishingly, the corporate scandals that ensued weren’t perpetrated by the middle managers, the office administrators or the custodial staff who no doubt received copies of these codes in their inboxes, but by those earning the highest salaries and carrying the biggest professional titles.

Sure, the average professional is quite capable of misconduct. For evidence we need only look at the activities of a Law Society of Upper Canada member just last year—a member who punched her client in the nose before pushing them into a flower planter. The Law Society would probably frown on that kind of behavior, but aside from isolated incidents like these, are the everyday rank-and-file nine-to-fivers the ones most need of these ethical codes?

Ethics for the minions, or the mighty?

Unquestionably, codes of ethics are useful reminders that professionals are (ideally) accountable to someone, or something bigger than the person signing their pay cheque—that their activities can affect more than the company’s bottom-line. For public relations practitioners, the IPRA, International Association of Business Communicators (IABC), the Canadian Public Relations Society (CPRS), the Public Relations Society of America (PRSA), and other organizations outline guiding principles to be heeded by their members, including obligations of public trust, safeguarding good taste and truthfulness, disseminating accurate information, remaining sensitive to cultural values and obeying the law. These strike me as more than just professional principles for public relations practitioners; they seem like good common sense.

George Bernard Shaw may have been going for a laugh when he wrote "all professions are conspiracies against the laity," but nowadays it seems pretty close to the truth when we open the paper to read yet another story of irresponsible or immoral conduct by those making salaries in the tens of millions of dollars. But that’s also why organizations and associations have codes of ethics: to promote and even enforce principles of honesty, social responsibility and good governance whenever possible. And that’s also why young professionals are responding and recognizing the value of good corporate citizenship and social responsibility.

I just wonder whether those who stand to incur the most damage, or already have (like the executives at Enron) ever bother to read the codes of ethics they put their names to and whether we’re the ones in greatest need of heeding them? 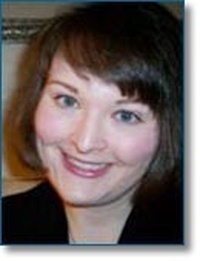 Krystyna Cap, M.A., believes in the general applicability of the Golden Rule in life, as in business. Currently, she is enrolled in a post-graduate certificate program in Corporate Communications in Seneca College and holds a Bachelor of Arts degree from the University of Toronto in Toronto, Ontario and a Master of Arts degree from The Johns Hopkins University in Baltimore, Maryland.