Maintaining a stately silence is no longer a feasible option for the world’s central banks. By James Savage.

The world’s central banks have an impact on each and every individual on the planet. If you look at the name printed on the banknotes in your wallet, whether they bear the mark of the European Central Bank, the Bank of England, the Federal Reserve, or the world’s many other central banks, they are the products of institutions that issue the currency, regulate the money supply, and control the interest rates in your country. In many countries central banks also supervise and regulate the commercial banking system.

Despite their obvious importance, central banks have not historically sought out any kind of limelight, generally for good reasons. But as the world moves to an era of "radical transparency" it is clear that central banks have had to move from a heritage of behind-the-scenes opacity, to increasing visibility to, today, a general recognition that stakeholders and the general public will accept nothing less than full, transparent communications in a manner that is clear and readily understood.

The enormity of this leap has much to do with the history of central banking. Throughout a long history dating back to Dynastic China, central authorities established various types of "promises to pay the bearer on demand" that evolved into what we think of today as currency. Sweden established the Riksbanken in 1664 and the Bank of England, probably the model for most of the world’s central banks, was established in 1694.

Even with this heritage central banks have never been far from controversy. The United States tried twice to establish a central bank before the foundation of the Federal Reserve System in 1913, a full 137 years after the founding of the republic. Americans were wary of replicating what one Revolutionary from Georgia called "the ecclesiastical corporations and perpetual monopolies of England and Scotland" (Tim Todd, The Balance of Power, Kansas City: Federal Reserve Bank of Kansas City, 2009. P.1).

British North America followed a similar path, and Canada did not establish a central bank until 1935, at which point the country was 68 years old. And some have pointed out the European Central Bank’s creation in 1998 can be said to have started with ideas discussed between continental European powers at League of Nations meetings in 1929.

Just as central banking institutions have a tradition of gradualism, the history of money itself is largely one of slow evolution. What we think of as money has evolved from using prized commodities such as gold bullion, to a system that lasted centuries whereby coins and paper money were guaranteed, usually by the Sovereign, to be – sometimes literally – "worth their weight (or stated value) in gold". In later part of the 20th Century national currencies left the archaic confines of the gold standard and money came to be based on the overall strength of national economies, hence the "dollar standard" that came about as a result of the Bretton-Woods international monetary order that emerged after the Second World War.

Despite their overwhelming importance to economic stability, central banks did not historically feel the need to communicate overtly about their activities. It wasn’t seen as necessary or even desirable, and those who needed to be informed could receive information as needed. This was not a matter of being deliberately secretive, but of being mindful of the central bank’s position: central banks around the world play, to varying extents, a balancing act between being "of government", in that they are public institutions, but remaining "outside government" in that successful monetary policy cannot be subjected to short-term political pressures.

The tumultuous history of central banking meant that these institutions above all else had to position themselves above the fray and beyond reproach. Moreover, central banks must on occasion do things that are popular with neither politicians nor the public. And communicating too aggressively could have been seen in the past as pandering, lobbying, or somehow compromising the nobility of the institution.

For the longest time this approach was undeniably effective. Expressions such as "sound as a dollar" or "safe as the Bank of England" spoke to popular confidence in the leading central banks.

However, by the closing years of the 20th century it was obvious the revolution in communications technology, the emergence of a more critical media, and a far more demanding and far less deferential public meant that the era of stately silence would have to pass. While initial efforts at greater visibility started during the 1980s, it was only in the 1990s that the Federal Open Market Committee, the Federal Reserve’s policy-making body, started issuing carefully-crafted press releases following its meetings, at first only when the federal funds rate changed and, since 2000, after every meeting. While the mere issuing of a release may not seem terribly dramatic by today’s standards, the "FOMC Statement" release was at the time considered a giant leap forward in transparency.

Of course the pressure has grown since then. The manner in which people consume information is undergoing a vast transformation, and central banks, like organizations everywhere, must now recognize that even its immediate publics – policy-makers, public officials, economists, bankers, CEOs, community leaders, and so forth – are not limited to traditional media but are increasingly likely to be getting their information via Twitter feeds, the blogosphere and even Facebook or LinkedIn.

There is clearly a gulf of understanding to be bridged. During the depths of the crisis in July 2009 a Gallup survey of 1,000 adult Americans gave the Federal Reserve as a whole a mere 30% approval rating, far below the Internal Revenue Service (40%) or the CIA (47%). While that was just one study, it helped inform communicators within the Fed that we needed to redouble our efforts to drive clarity and transparency into the communications process.

At the FRBC we have over the past three years been transforming our communications function away from the traditional "press agentry" model towards a best practice communications model of real engagement, starting first by implementing a cutting edge measurement system. By measuring all coverage (including social media) for levels of unique awareness, favourability and reputation, we have been able to build results-oriented strategies and tactics that have enabled us to communicate more clearly and directly with both our stakeholders and the wider public we serve. We plan to build in a survey component during 2011 that will help us build greater rigour across all measures, including internal communications.

We now proactively launch our research and commentaries and have a presence on all social media. Instead of Ph.D economists communicating solely with other Ph.D. economists (although of course we still do that) within what one critic calls the "salon" (Amity Shlaes, Economics by Cartoon, Forbes, 17 Jan 2011), we routinely adapt the Bank’s research into everyday language and accessible terms.

Indeed, the FRBC YouTube series of "Drawing Board" videos, which explain complex economic concepts using "Really Bad Drawings and Really Simple Explanations" have become their own video phenomenon, winning awards and helping to drive our web traffic to unprecedented levels. The videos have also become an important part of our Bank’s educational and financial literacy outreach program. And a new series during 2011 will help demystify the complicated world of the Bank’s various research, supervisory, regulatory and community development functions.

These are all small steps within a larger strategy. Along with our social media presence, the videos are pitched at broad audiences. Separately, a new FRBC print and online multimedia policy journal, Forefront, aims at the general Financial Times/Economist/Wall St Journal "informed" readership. We are working on data-related apps that will be of keen interest to economists and those who follow monetary economics. And the traditional world of policy-related speeches, commentaries and working papers continues, but to the greatest extent possible communicated with clarity and clear messages. All this is taking place while we are migrating our web presence from a "traditional" (if the 1990s can be called traditional) to a versatile modern-day platform.

This three-pronged communications strategy – general public, informed public, knowledgeable stakeholders/experts – ensures that the FRBC will be able address today’s communications challenges and the growing expectations of what has come to be called an era of "radical transparency". As is true for all institutions today, there will be no return to the days of opaque proclamations or masterful silence, and as communicators we are all responsible for ensuring our organizations can engage clearly and successfully with the public they serve. 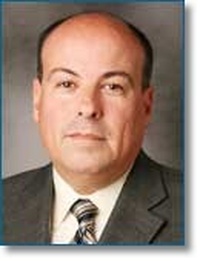