The Distinctive Nature of Social Marketing


There may be cultural and even ethical differences between commercial and social marketing, but as Veronica Sharp writes in an excerpt from her chapter in new book The Marketing Century (published by John Wiley on 10th March) there is plenty of common grou

Social marketing has developed in the UK to such an extent that it is now embedded in our policy and delivery frameworks; and in 2009, social marketing was formally acknowledged through a distinct set of occupational standards – a world first!

The ‘THINK!’ Road Safety campaign, launched in 2000 as part of the UK government’s strategy to cut the number of deaths and serious injuries from road accidents, has developed and strengthened over time. THINK! is about saving lives and it campaigns all year round to get people to think more about road safety, whether walking, driving or riding a motorcycle.

The strategy set targets to reduce road casualties in Great Britain by 50 per cent for children and 40 per cent overall between 2000 and 2010. It uses a combination of enforcement, education measures, partnerships and campaigning to help meet its targets. Speed remains one of the biggest contributory factors in fatal road accidents.

In 2008, 4685 people were killed or seriously injured in crashes where a speed contributory factor was reported (RCGB, 2008).

THINK! has seen some improvements in speeding behaviours. In 1995

72 per cent of cars exceeded the speed limit on 30 mph roads; by 2005 this had reduced to 49 per cent. THINK! is largely effective for two reasons: it understands not just what people are doing but why they are doing it; and its power is fostered through an attitude of shared responsibility on which it targets potent messages at specific segments.

It’s what you do

Another example of the impact of social marketing is shown by the campaign run from 2002 to 2006 by the US Department of Health and Human Services’ Center for Disease Control and Prevention. With the slogan ‘It’s What You Do’, this campaign ‘for-kids-by-kids’ aimed to increase and maintain physical activity among ‘tweens’ (children aged 9–13).

By analysing and addressing the issues from many perspectives (from the influence of societal pressures and group dynamics to the impact of branding and different marketing messages), a social marketing campaign was developed that was capable of effecting a change in behaviour among children and sustaining that change.

There are several reasons social marketing is so distinctive. At its heart is the need to focus on behaviour and generate genuine insight and understanding. It is a process of continuous learning and measurement. All of these elements are, of course, also present in commercial marketing.

Having drawn from commercial marketing and since trodden a separate path, social marketing has emerged as a distinct marketing discipline. However, while there are cultural – and even ethical – differences, there is a good deal of common ground.

Many of the principles of marketing (such as segmentation, planning and measurement) are consistent and present in both social marketing and commercial marketing, and that neither is about philanthropy or cause-related marketing.

We both seek success: commercial marketers measure success in terms of financial profit; while social marketers measure those who have taken action and experienced benefits because of the action. The latter is challenging and often difficult to attribute directly or wholly to the intervention.

We both focus on the customer: beginning with in-depth insight, to understand and reduce the barriers, we aim to make the benefits so appealing that people won’t mind overcoming the barriers. Commercial marketers do this by changing their pricing plans, package design and distribution. Social marketers do this by tapping into motivations beyond the behaviour itself (for example by reinforcing the health benefits of walking or cycling instead of using the car to reduce carbon emissions).

We both focus on the competition: however, social and commercial marketers often compete for the same share of spend. These competing forces are extremely challenging for social marketers, particularly where commercial marketers are offering counter-productive products (for example reducing obesity when there continues to be high sugar and fat content in foods).

We both focus on behaviour: however, social marketers often work with people whose behaviour is the hardest of all to change – for example those who are disadvantaged, hard to reach or socially excluded and who face huge social, cultural and peer pressures, creating barriers and resistance to change. Behaviours are also much more complex, usually engrained in deep-seated habits that are hard to break, have limited personal value, or require substantial changes to infrastructure – such as using public transport instead of the car. 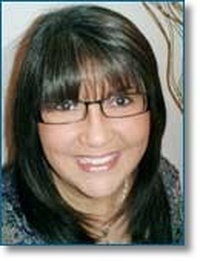 Veronica Sharp, Director of the Social Marketing Practice, is a contributor to The Marketing Century, published by John Wiley on the 10th March. The book will mark CIM’s centenary.