The South Korean economy is in good shape and the country’s consumers are well-educated and gadget-loving. However, writes Tyler Kim, wariness of foreign owned companies still persists.

South Korea is an enigma: a global colossus in the automotive, shipbuilding and electronics sector; an innovator and early adopter of the most advanced publicly accessible technologies; and home to a vibrant youth and music culture. Yet to an extent it remains The Hermit Kingdom, a country that few outside either know or really understand.

After effectively closing its doors to the wider world for many years while rebuilding itself from the inside out, there is now an appetite to re-engage. Led by the expansion efforts of its major corporations and a far better connected consumer, a clearer international picture of the country is beginning to take shape.

A key element of that picture is Korea’s robust economy. GDP grew by over 6% in 2010. And according to Bank of Korea research published in March 2011, economic activity is maintaining its upward trend, with both retail sales and facilities investment increasing in January; while in February, exports exceeded 2 billion dollars on a daily average basis for the first time ever!

Korea is home to an increasingly wealthy 48 million people. It’s a complex and quickly evolving market in which a staggering 40 million people are online and in possession of more than 45 million mobile phones.

However, it is also a market best approached with great sensitivity. Korea was one of the countries hardest hit by the1997 Asian Financial Crisis. As some heavily leveraged Korean companies buckled under the pressure, locally based foreign multinationals were accused of siphoning ‘national funds’ to offshore havens when the going got tough.

Government and NGO austerity campaigns followed, with little subtlety in their efforts to steer consumers away from buying foreign-owned products and services. Chaos ensued with owners of foreign vehicles threatened, their cars vandalised, gas stations adopting a no-service regime for foreign-made cars and children openly burning foreign products in school playgrounds. Globalisation was okay, it seemed, but only on Korean terms.

More than a decade on national pride remains bruised and it doesn’t take much to reignite xenophobic sentiment. Multinational corporations active in Korea must behave accordingly.

Deeply entrenched in Koreans’ social psyche is an expectation that foreign-owned organisations should demonstrate a tangible and long-term commitment to communities. Effective stakeholder communications is therefore as much about the community as it is the product or service. Corporate responsibility in Korea is a make or break investment, not a nice-to-have.

Understanding consumer mentality is essential for businesses in b2c markets. Korean consumers tend to be emotional and passionate about brands and customer care. They are also very sophisticated and demanding about customer service. The expectation is that services will be delivered swiftly by companies prepared to go the extra mile.

For example, the installation of the internet, TV, telephone and other utilities after moving to a new home can happen within hours. It would be unthinkable for utility companies to drag their heels. Furthermore, such visits or after-service arrangements are all free. This explains why some companies had a difficult time when entering the Korean market as consumers simply didn’t understand why they would charge extra for the afterservice.

Companies such as Samsung are willing to undertake home visits even for small problems. While out on a call, engineers are often prepared to fix problems not directly related to the product. Foreign companies need to understand that Korean consumers have these kinds of high expectations.

They should also avoid thinking that whatever worked in their home market will inevitably work just as well in Korea. There are major differences in how communications channels are used. For instance, Twitter is not used by many Korean companies because it is seen as an after-service channel. Consumers will use companies’ Twitter accounts to make requests or complain about a product or service. If companies do not respond immediately to such requests, disappointed consumers will quickly lose interest.

Although social media is gaining in importance, traditional media still wields wide influence. Korean reporters play a key role in shaping consumers’ and government’s perceptions of companies/brands. Journalists are highly respected and sometimes even feared by executives and government officials. It’s important for foreign companies and executives to show reporters respect when dealing with them.

Korean reporters also have a very nationalistic attitude. Many feel that they are the country’s gatekeepers and have an obligation to protect Korean companies against foreign companies. This is especially true for broadcast media and minor publications. It is also common for editorial reporters to encourage companies to advertise in their publications.

While trading with the rest of the world as never before, Korea remains wary of foreign businesses. In order to thrive here, organisations must understand the cultural dynamics of the country as well as the commercial opportunities. 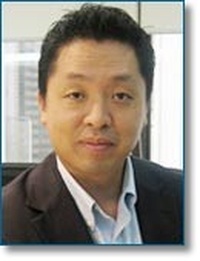