For The Love of Print


Ken Hong is becoming ever more reliant on digital channels for his news fix, yet still finds himself drawn to print media.

I have a confession to make.

I am obsessed with print media. The kind that you can throw into an overflowing briefcase or tuck under an arm as you’re running down the concourse to catch a ﬂight. Yet like most people in my industry, I get most my news these days online or wirelessly piped to my LG smartphone (shameless plug).

But whenever I see a new, slick cover peering at me from the magazine rack at one the gazillion coffee shops in Seoul, I cannot help myself from thumbing the pages for a quick look. I rarely do that with new online sites and prefer to stick to my RSS, Twitter feeds and Google Alerts to satisfy the bulk of my news junkie habit.

So while I love print, I rely more and more on digital. And therein lies the dilemma.

Underdog in the digital age

Everyone knows traditional paper and ink publication is the underdog in this new age of information and I find myself racking my brains to come up with ways to keep print relevant, as though I might be able to do what millions before me have not.

Last month, Columbia University’s prestigious Graduate School of Journalism published a report that concluded that today’s journalists must rethink their relationships with advertisers to better compete in the online marketplace.

Sheesh. Having media kowtow to corporations is the last thing PR needs. The fact that traditional media (more so than the online media I know) have been adamant about keeping their advertising and editorial operations totally separate is what has given PR the edge over advertising all these years.

But to be fair, the Columbia U report doesn’t actually say editors and journalists need to grovel at the feet of advertisers like LG. But there is that inference. And to add insult to injury, I read about the study in The New York Times’ online site, which set up a paywall at the end of March. (Disclosure: I am still not a subscriber to NYT online although I read that far more than the print version of The International Herald Tribune which I get delivered to my office every morning. But for the life of me I can’t bring myself to cancel the door-to-door service...)

In The New York Times story, the dean of Columbia’s journalism school and one of the report’s co-authors, suggests that online advertising has less value for readers than other formats. I can’t speak for the value theory of advertising (although I plan to take this issue up with my fellow judges at the Cannes Lions later this month) but many of the decision makers at my company still pine for great coverage in print, their rationale being that magazines and newspapers have a finite number of pages whereas online has no limit. Lower supply always trumps infinite supply for value.

I guess if you’re an economist that argument makes sense but most of the big titles today have far more eyeballs checking out their URL than the newsstand racks. So while the C-suite may desire foie gras, they’re far more likely to get SPAM® (the lunchmeat) which in my book is not a bad thing.

So day after day, I try to wean myself off of my obsession with print.

I ask myself, "What good is a story that we can’t share?" This is online’s greatest gift to public relations. With print, sharing clippings was always a major headache – cutting, faxing or scanning, saving, attaching, emailing – let’s not even get into the legal aspects of this activity. With online, it’s just a matter of pulling up your favorite URL shortener and the article you want to show off is in somebody’s inbox, Twitter timeline or Facebook wall before you can even say "Huffington".

And those pesky copyright issues? Every news site these days is begging readers to give their content away with easy-to-click social media links right next to the headlines! If there’s a better formula for making it easy for me to share relevant content with our more than 60 PR offices around the world, I haven’t come across it yet.

Hollywood publicist Howard Bragman wrote that as much as he would miss it, he was in some ways happy to see The Oprah Winfrey Show come to an end because clients were always asking him to get them on the show. And TOWS is about as exclusive as they come.

That’s how I’m starting to feel about print. Maybe the faster we transition away from print, the faster clients and the C-suite will accept the inevitable. It’ll be a sad day but one that I’ll be ready for. 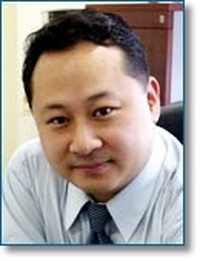 Ken Hong, Global Communications Director, LG Electronics. Ken Hong has led the Global Communications operation at the Korean consumer electronics and appliance giant in Seoul, Korea since 2008. Prior to LG, Ken was a Partner at McCann Worldgroup Thailand and Managing Director of Weber Shandwick in Bangkok. Ken has also worked as a Regional Director with Manning Selvage & Lee, leading accounts from Seoul, Shanghai and Hong Kong. In 2002, Ken brought home the first international PR accolade, the IPRA Golden World Award, to his office in Korea for the work his team conducted on behalf of General Motors.