There is much for the rest of the world to learn from the terrible problems Japan currently faces and its approach to dealing with them. By Takashi Inoue.

The sudden earthquake and tsunami that occurred on March 11th left more than 24,000 people dead or missing, and even now more than 100,000 are refugees, while an area within a 20 km radius around the Fukushima nuclear power plant has been declared an evacuation zone. This tragedy, the worst crisis to strike Japan in the post-WWII era, has drawn relief efforts and donations from all over the world, bringing encouragement to many of the victims. Overseas media have praised the high spirit and behavior of the Japanese victims, and the world is watching how Japan overcomes this ordeal.

I was asked to write this article even before the disaster struck, on the theme of the Japan Model. I considered changing the topic after the disaster, but I decided to keep to the original theme because it is possible that other countries will have the same kind of experience in the future. Japan is one of the most technologically advanced countries in the world, and can provide a positive model for other nations facing similar difficulties. The ways in which the Japanese deal with these experiences are also part of the Japan Model.

The whole world may come to resemble Japan in the near future, with its dense population of nearly 130 million people living in a small area about the size of California, and its lack of energy resources. The world will soon be overpopulated, and natural resources are running out. In other words, the world is becoming more like Japan.

Hiroshi Komiyama, a former president of the University of Tokyo, has pointed out that the United States, once the world’s largest oil producer and an exporter of oil, now depends on imports for more than 60% it’s requirements. The rising nations of China and India are experiencing serious social problems such as air and water pollution due to their rapid economic growth. In other words, many countries, not just advanced nations like the U.S., are tracing the path that Japan has taken. In that sense, he calls Japan a "problematic advanced nation," and he insists that such an advanced nation is required to resolve the above mentioned problems.

Furthermore, the existence of such problems is also an opportunity, as shown by the phrase, "necessity is the mother of invention." He insists that, in that sense, Japan’s "national strategy" is to aim to be a "problem solving advanced nation." I think that this concept is the basis for building the Japan Model.

Japan was the first country in the world to suffer from attacks by nuclear bombs. There has not been a single nuclear conflict since that war ended, precisely because the world shared in the tragedies of Hiroshima and Nagasaki. The current situation at Fukushima is also an unprecedented challenge since, unlike Chernobyl, it appears likely to become impossible to control four active nuclear reactors due to the damage caused by the earthquake and tsunami. The combination of elements that we can share with other countries can be termed the Japan Model.

After 220 years of isolation, Japan opened its doors to accept Western civilization. Japan soon after implemented a number of reforms in order to catch up with and surpass the Western powers. Then, largely as a result of following the colonial model of the times, Japan entered into, and caused its neighbors to be caught up in, World War II with disastrous results.

That Japan has surprising strength when facing national crises can be seen in the prosperity of the nation after the war. At that time, science and technology were developed for the single-minded purpose of enabling Japan to achieve its economic goals. Nuclear power is one example, although one which we may grow to regret. Japan depended on imports for almost 100% of its oil, and had few choices for alternative sources of energy. After experiencing oil shocks twice in the 1970s, Japan made major changes in its nuclear policies. And right now there are 54 nuclear reactors in Japan (18 reactors are operating), and the nation depends on them for about 30% of its total energy.

In recent years, with the rapid rise of CO2-related problems, countries all over the world have begun to consider introducing nuclear power. The leaders of nuclear power plant exporting countries themselves are acting as advance salesmen for their countries’ exports. Currently there are 443 nuclear reactors operating around the world, 75 reactors are under construction, and another 91 are planned (according to Japan Atomic Industrial Forum). So it seems that there is no longer any control over the further spread of nuclear power generation.

Lessons to be learned

In addition to the earthquake and tsunami this time, there is also the manmade disaster of the nuclear power plant breakdowns. Why did this happen in Japan, as previously mentioned, the only country in the world ever attacked with nuclear weapons? Why did Japan experience this tragedy, as a nation dedicated to not possessing nuclear weapons and to only using nuclear power for peaceful purposes? Considering these questions, I am not the only person to think that these events can be construed as a warning given to all of humanity, through Japan and the Japanese people.

Japan is entering territory that human beings have yet to experience. One example is the aging of its population. Japan’s population is now 127 million, but no other nation in the world has such a high proportion of elderly citizens. Right now more than 23% of the total population is 65 years of age or older (the average worldwide is 7.6%), and that figure will be 29.2% by the year 2020 (9.3% worldwide).

Japan is also actively addressing environmental problems. Japan dealt with the kinds of environmental problems faced by developing nations at an early stage, and dealt with pollution as it became a problem in the 1960s. Japan was dependent on imported energy. So it aggressively reduced its energy consumption, refusing to follow the excessive energy-consuming habits of other countries, and achieved two times the energy efficiency of the U.S., 1.6 times that of Germany, and 8.7 times that of China. Japan has also been quick to address the problem of CO2, and is aiming to reduce CO2 emissions by 25% by 2025.

In terms of its employment system as well, while Japan has had to abandon lifetime employment in order to maintain profitability and survive global competition, it is still common practice that once people join a company in Japan they will be fired only under extreme circumstances, even though it is possible now to terminate employees. While there is tacit understanding of corporate circumstances, companies have created an environment in which they strive to maintain employment and give workers a feeling of security to allow them to concentrate on their work. Corporations understand that is their role in society.

Japan also established its Peace Constitution, born out of the terrible suffering of many souls and which it still maintains today, pioneering an effort to renounce war after WWII. Article 9 of the Constitution, established after the War, reads: "Aspiring sincerely to an international peace based on justice and order, the Japanese people forever renounce war as a sovereign right of the nation and the threat or use of force as means of settling international disputes. To accomplish the aim of the preceding paragraph, land, sea, and air forces, as well as other war potential, will never be maintained. The right of belligerency of the state will not be recognized." Japan’s pacifist constitution is unique in the world. Even the activities of the Self Defense Force are defensive in spirit, and do not constitute aggressive activity on the part of Japan.

The government of Japan newly established the Great East Japan Earthquake Recovery Initiative Committee in the wake of the disaster, which has begun discussions between related parties on how best to help Eastern Japan to recover and revive. The author believes that Japan should use this terrible disaster as an opportunity to concentrate on green energy technologies to become a major exporter of new self-sufficient energy technologies to the world such as solar, wind, biomass and hydrogen energy sources, moving away from nuclear generation and CO2. This is an opportunity for Japan to be reborn as the world’s most advanced green energy country, through this disaster. This new approach could be shared with the rest of the world.

Japan must communicate its experience as an advanced nation struck by a major disaster, such has rarely been seen in human history, to the rest of the world. Then, we must build a new nation that does not depend on nuclear power which has been promoted by some scientists as the approach to solve the energy needs of the 21st century. It is my observation that Japan as a nation will choose to no longer pursue nuclear energy. That is our responsibility to humanity, and to the many people that lost their lives in this calamity. The very building of that new nation will be the Japan Model. 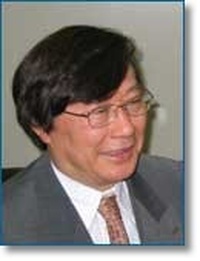