Brands in the Destination Economy


Destinations need to be marketed as brands with a differentiated image and a story to tell, says Emma Johnson

What is a destination? At its simplest, a destination is a place where people want to be. A destination could be a shop, a street, a city, a country or even a continent. But, in every case, destinations are special places that attract talent and create opportunities to generate prosperity.

Our experience through extensive work with destinations around the world, is that destinations are an idea much discussed but which lack real insight. Through our report, The Power of Destinations and Cities: the Destination Identity, we have sought to address this by exploring the factors that make a demand destination and defining the marketing tools needed to create a destination brand.

We found that global forces are creating a standardisation of some locations. In addition, many mature locations are falling victim to a pack mentality – looking the same, sounding the same and saying the same things.

In terms of investment in locations, a growing number of countries have the requisite economic basis to attract foreign direct investment (FDI) and are presenting themselves in very similar ways, listing identical economic attributes.

Our experience of work­ing with consumer brands can be applied in a similar way to driving appeal for destinations. As markets mature, the consumer’s decision-making process undergoes a gradual, but marked shift. During the early market phases, the consumer chooses products carefully based on rational factors, such as cost and functionality. But, as the market becomes saturated the consumer’s decision becomes increasingly emotional.

We believe the key to creating stand-out in mature FDI markets (and with the ever present threat of emerging markets) lies heavily in those intangible assets that have created value for consumer products – brand, image, identity and story-telling. Our research under­lines the growing importance of the ‘soft’ fac­tors in building a destination’s image and in its ability to attract talented people.

In the world of destinations, ‘quality of life’ equals quality of place. Successful destination marketers will sell a lifestyle as well as the business benefits. This is supported by research from global real estate company Jones Lang LaSalle, whose Rising Urban Stars report identifies cities of the future: "Issues surrounding sustainability and quality of life will... increasingly influence cor­porate location decisions... culture, the living environment, city ‘vibe’, branding, environment and social sustainability are becoming more important in achieving success."

Brand and image also have a major role to play in creat­ing stand-out. Our research reveals that to compete, locations must: create an image that has an emotional resonance with individuals – both investment decision-makers and their influencers; exploit the power of their intangible assets in addition to pushing the economic and financial factors; take into account the growing importance of lifestyle and ‘soft’ factors in attracting the elite of businesses; and tell a unique and compelling story that can be passed on.

What is interesting is that factors such as culture, architecture, climate and environment actually rank higher than many of the hard factors.

A good example of this is the Guggen­heim museum in the Spanish city of Bilbão. Frank Gehry’s breathtaking architecture and the museum’s content helped to transform this ageing city, mostly known for its declining heavy industries, into a modern destination, prominent on the international map. It became the anchor for office, residential and parks development and was the catalyst for the regeneration of an entire area. It helped to create difference and value.

Hosting a successful, major sporting event can become a long term asset to a destination. The macroeconomic impact of the Olympic Games is assumed to be over US$5bn, but the effect on a city’s image is far greater. After hosting the 1992 Olympics, Barcelona was boosted from relative obscurity to become a major city on the world stage, a bustling business centre synonymous with success and prestige.

A high-profile sporting event, or the development of a cultural landmark, can be the platform that launches a city onto the world stage, often to lasting effect. By understanding the ingredients of a demand destination, we can understand some of the assets and qualities that might contribute to a destination brand.

Whilst the usual suspects are still dominating the destination economy, in many cases their current positioning is not creating the difference needed to generate long-term competitiveness in the face of a generation of new market entrants.

There are many challenges facing destination marketers of both mature and emerging locations but investment in the development of a brand which engages, appeals and tells a compelling story to audiences is a must. 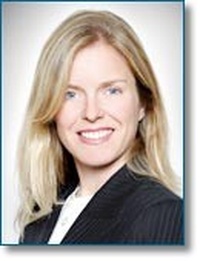 Emma Johnson, head of the Destination Practice, at The Communication Group plc