Face to Face with the Future


Sara Render of independent PR network ECCO argues that international PR practitioners are going to need a broader skills set, range of communications tools and investment in the face of over-extended on and off line media channels.

Public relations professionals across the globe have faced a tidal wave of change. The decline of print media, the impact of a global recession on traditional media powerhouses, the power of social networks, the emergence of new mobile communications platforms and, for all but a lucky few, reductions in PR spend are creating unprecedented challenges for the industry. Change is made more difficult by the fact that too few experienced PR practitioners aged 30 plus are truly comfortable with using new media or technology, so we are seeing a lot of mistakes being made as youngsters who are at home in the digital era prove to be less sure footed with content.

However, some basic principles that underpin all effective international, and indeed national, communications programmes remain constant. Success today is dependent on understanding and observing unchanging fundamentals whilst adapting the means through which we communicate in a new world order. The successful PR practitioners of the future will need to both understand this and ensure they gain new skills fundamental to effective implementation. And that does mean more experienced practitioners taking the time to learn some new tricks.

Media relations is one of the few PR disciplines that works cost effectively across geographical markets. Yes, there are national differences and yes, you need to customize materials with more than mere language translations. But, for the most part, strong news angles, expertise, case studies and visual imagery can be adapted relatively easily to convey key messages and values in most markets.

The problem is that, globally, there is a toxic combination of increased competition for share of voice and traditional media that has been hit by declining advertising revenues and free news and information on-line. Every single one of the ECCO agencies reports having to work harder to generate the kind of coverage that could have been achieved for comparable content three years ago. In other words, there are more people going to a smaller group and the amount of attention you can count on is, unsurprisingly, going down.

All of the ECCO agencies, regardless of nationality, have adopted social media programmes enthusiastically. They have, by and large, achieved some pretty impressive results although this too is getting more difficult. The problem lies in the fact that not only has the landscape become more crowded but too much dross has meant people are ‘tuning out’.

We are all paying the price of the number of supposed marketers who have alienated people with dull web casts, monotonous tweets, in your face advertising posing as advice or, in many cases, nothing better than outrageous spamming. Consequently, we are all consigning more senders to junk status automatically and, predictably, much less likely to be engaged on-line by a source that has ‘poked’ us first.

A trend, internationally, has been to generate as much direct engagement with key target audiences as possible. This has included the creation of tailored content for small highly targeted on line communities and a range of physical events designed to achieve face to face contact, from small tailored seminars and conferences to large scale ‘experiential happenings’ in public places where there is a lot of footfall. And we are also seeing the development of applications for, and services on, mobile devices where the originators are the PR not the IT departments. This is driving up costs for global programmes as these activities are labour intensive and content often needs changing radically for different nationalities.

A further trend has been to focus on story telling, capitalizing on mixed media and the relatively low cost of cinematography. A good example of this is the campaign ECCO’s Polish agency, On Board, undertook for Warsaw City Council to get young people engaged with the history of the city. The campaign, Mate From the Past. 1944 Live won numerous national and international PR and advertising awards – and the fact that it clearly had a foot in both discipline’s camps speaks volumes about the increasingly neccessary integration of the two discipline’s skills sets.

The agency used the 65th anniversary of the Warsaw uprising as a hook, creating two profiles on Facebook of a young man and woman who then recounted, over the days leading up the the anniversary, the the 63 day-long fight between the citizens of Warsaw and German occupying army. Using Facebook tools, the agency created a virtual diary enriched with pictures, links, quizzes, songs from that time and para-documentary films shot with mobile phones. Our heroes rapidly gained over 4000 friends amongst Polish youth and took part in 1512 hours of vivid discussions on the Uprising. The young couple so caught the public imagination that their fight for survival and eventual deaths were followed closely by off line media, making national news across broadcast and print. Looking at the footage, this campaign, with translations, would work in most geographies.

Impact on Skills and Media

The challenge for the international public relations professional will be to find and deliver stories of universal interest in a way that travels across borders, cultures and also types of media. In order to do that we are going to have to learn some of the tricks of the film business, just as we have had to learn to use technical tools that were once the province of only the geeky and the young.

The need to get ‘direct’ will also impact upon the conference and exhibitions markets. These have been hard hit by the downturn and by social media, but most ECCO agencies are predicting that the 13% decline in 2009 of the $25 billion global ‘meetings’ industry will reverse rapidly as companies recognize the need to get direct interaction between buyers and sellers. This view is backed up by a recent industry report by AMR International which forecasts an average 4.8% a year growth to 2014, outperforming expectations for other business-to-business media.

Ambassador programmes will undoubtedly become the subject of greater investment. This is an area which most ECCO agencies report as historically under-exploited but highly effective, particularly now there is so much ‘noise’.

And to get back to media relations, expect media work to become more time-consuming and thus more expensive. Press relations teams will not only have more difficulty in getting a journalist’s time, they will also need to be supported by much greater investment from the back office team in original research, fantastic images, celebrity endorsements and really strong educational content.

We are all in this business because we understand that there is nothing more powerful than third party endorsement. We all know, because we are consumers too, that a recommendation from a trusted source, whether a friend or a respected journalist, is more powerful than any advertisement. And, for those who need a trusted source on this point, 2010 research by McKinsey finds that word of mouth is the primary factor behind 20 to 50% of all purchasing decisions.

Consequently, media, analyst, blogger and customer relations and sampling and experiential techniques will all remain extremely important across all geographies. Events will return to fashion, albeit more highly focused. Sponsorship, particularly of high profile global events will no doubt go the same way. All will need to be done better and smarter, or costs will spiral and ROI decline. But, however clever we all become, businesses wanting an effective global PR machine will need to be investing more or getting less. And most of all, content will not only remain King, it will need to start sharing some of the entertainment standards of one of our most successful global industries, the cinema. 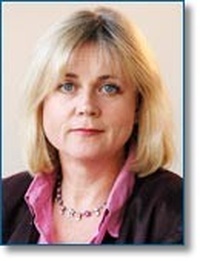 Sara Render is Chairman of ECCO, one of the world’s largest independent PR networks with member agencies from 32 different countries across the globe. Sara is also Chief Executive of ECCO’s UK arm, Kinross + Render Ltd and has led global and EMEA programmes for companies ranging from Regus to Xeros.