Jim Walsh argues that the role of English as the lingua franca of international business can obscure important differences between markets around the world. He also says that when working across languages/cultural borders professional PR people will do wel

It’s not just how we pronounce words in English, the world’s business language; it’s what we mean by them.

The Americans and the British have been misunderstanding each other for years – “two nations divided by a common language” – so it’s no surprise that people for whom English is a second or third language can get hold of the wrong end of the stick.

And that’s another problem – what stick? Not content with assuming that everyone means the same things by the grammar and vocabulary of English, it’s too easy to allow idiomatic and colloquial expressions to confound our listeners. I have heard of a PR consultant from Germany wondering why on Earth he was being asked to organise a ‘Dog and Pony Show’ for a US technology company.

“I understand what you’ve said but I don’t know what you mean” is more often thought than said out loud. And that’s why, at meetings of IPREX, the global PR organisation of which I’m president, all speakers are asked to either avoid national idiosyncrasies and cultural references or (better still) explain them.

As PR people we pride ourselves on being professional communicators but in international terms we’ve come to the party a long way behind the soldiers of expansionist societies; diplomats, explorers, missionaries, scientists and traders.

These people have developed ways of communicating unambiguously and we can learn from the less bloodthirsty ones – for example technical language, standards and numbers. In an international company, while the PR and marketing departments might be struggling to make themselves understood in a remote office, the engineers will be designing effectively, quality assurance people will be working to agreed criteria and the accountants will be counting the same things – across all the borders in the company’s domain.

So perhaps the technical language (or jargon) and metrics we use in public relations will make things run smoothly?

Not necessarily, because the problems of misinterpretation caused by language point to a more fundamental challenge: to work effectively and accountably in different cultures.

While a media relations deliverable such as a by-lined article sounds like a relatively universal concept, its role and efficacy varies from country to country.

I saw this point driven home to the PR Director of a very large company, when he asked all the PR firms working for subsidiaries in countries across Europe and Asia Pacific what he assumed would be a simple question: “How much will it cost for you to write and place a feature article in a top trade magazine?”

Everyone understood what an article is, but the answers included “This doesn’t work in our country”, “We don’t actually have any relevant trade media” to a set of prices which varied by a factor of five.

And the accompanying comments made the central point: “Don’t ask us how much it costs to place an article, ask us how to reach and influence a defined set of people most effectively.”

To avoid the challenges of a language which can be interpreted differently in different cultures, there is a simple solution, but one which is perhaps too rarely used: concentrate on ends rather than means.

A public relations programme rolled out from one country to several others should not be based on a specified range of tactics to be employed, but a range of results sought.

Targets should be set at strategic – not tactical – level, and this is best done by formal briefing based on combining the aims of the budget-holder and programme director with feedback from the people on the ground in the markets concerned. This feedback is essential to clarify what should and could be achieved in each market.

After all, brands and corporate positioning may vary from market to market. A dominant brand in its home country may be a hopeful newcomer in another – and the communication approaches will need to reflect this.

I saw this at first hand with a food product made in Ireland and marketed for children. It was distributed in the UK by a separate company who decided to develop a new market among twenty-something “lads”. The consequent “edgy“ creative treatments in football magazines such as FourTwoFour, which also circulated in Ireland,were at odds with the product’s core values and – worse – angered customers in Ireland whose children bought the magazines.

Briefings couched in terms of measurable outcomes (such as sales, trade enquiries, brand value enhancement or shifts in opinion) enable the “local” experts to create campaigns to achieve actual results rather than tick boxes on a list of tactical deliverables.

The skill of the programme director lies in securing communication and results that are appropriate to each market, using unequivocal language and metrics, while ensuring and that such crucial elements as brand values do not get lost in translation. 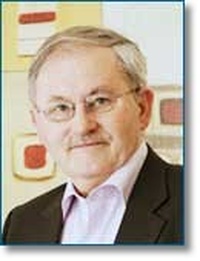 Jim Walsh formed Walsh Public Relations in Dublin, Ireland, in 1984 and has over 30 years experience in the public relations and communications industry ranging across corporate, financial, consumer, trade, employee and community relations, public affairs, crisis management, media relations and training. In 2007 he was elected Worldwide President of IPREX, the global corporation of independent PR firms whose 62 partners have 75 offices in North America, Europe, the Middle East and Asia Pacific, with annual revenues of US$103m.