The Rise of Reputation in Brazil


Ciro Dias Reis says that with Brazilian corporations becoming ever more global in their outlook, operational practices and structure, reputational issues are growing in importance.

The word reputation has never been as evident as today in the corporate scenario of Brazil, a country with the largest economy in Latin America and one of the top ten economies on the planet. As never before have Brazilian companies been so concerned with generating reputation and using this variable as an important competitive driver.

Many factors explain this reality, all of them, in some way, resulting from Brazil’s economic vigor over the past years. First of all, the demand for nearly all Brazilian products grows (2007 was the best year in the country’s history for car, real-estate and computer sales, for example), and as a result, it drives competition among brands that endeavor to stand out and increase their market share.

In addition, 2007 saw a record number of IPOs in the country: 62 companies listed their shares on the São Paulo Stock Exchange, and this figure accounts for 81% of all IPOs in Latin America: and being publicly traded means daily commitment to the best governance practices and image management. Furthermore, Brazil sees a fast increase in the number of companies that seek to compete or expand into the international market where emergent and non-traditional companies and brands only succeed when stakeholders are convinced they are trustworthy.

The amount of Brazilian investments made abroad reflects this increasingly international approach of many Brazilian companies. It reached the total sum of $114.175 billion USD in 2006 (the most recent available figure), representing a 44.05% expansion compared to the previous year.

Six Brazilian companies are today listed on NYSE’s Dow Jones Sustainability Index, the same index that inspired the São Paulo Stock Exchange’s Corporate Sustainability Index (known in Brazil as ISE). ISE qualifies 34 companies in 14 industries as organizations that are effectively committed to the best governance practices, environmental management, and appropriate levels of relationship with their communities, employees and suppliers – a positive condition that provides evidence of reputation and tends to assign value to the shares of selected companies.

Allan Greenspan, respected former Federal Reserve Chairman, has always mentioned reputation as an increasingly important asset for business success. He sees it as a variable that is capable of differentiating a company and assigning value to it.

This is something that Brazilian brands that have placed high stakes on global competition, like Vale and Gerdau, know very well. Vale acquired the Canadian Inco in 2006 for more than $17 billion USD to become one of the largest mining companies in the world. Gerdau acquired the American Chaparral for $4.2 billion last year, and now operates in 13 countries across Latin America, North America, Europe and Asia.

Other heavyweight Brazilian players like Itaú Bank, Marcopolo and Embraer also know how important it is to have reputation to better compete internationally. Itaú, a leading bank on the Brazilian market, acquired BankBoston assets in South America one and a half years ago and now has successful operations in Argentina, Chile and Uruguay; Marcopolo, a bus manufacturer, recently established a joint-venture in India with local giant Tata Group due to its good credentials on building high quality products in several Latin American countries and Portugal.

Embraer, the Brazilian aircraft manufacturer that sells more than 90% of its production on the international market, last year shipped more than 160 commercial and executive jets to companies in the Americas, Europe, Asia and Africa. The company has installed a factory in China a couple of years ago in order to take advantage of growing opportunities in the Asian market.

Reputation is not a consequence of formal and logic aspects, it is also the result of feelings. “Reputation is a mix of what is real with what people think about it”, says Charles Fombrum from Reputation Institute, an organization that maps several countries every year to identify the local companies of best repute. “A powerful reputation starts with clearly setting and strictly complying with values,” he says in his book Fame and Fortune – How Successful Companies Build Winning Reputations, written in partnership with Cees van Riel.

The Reputation Institute has already suggested that companies should track more informal information and rumors about themselves, which includes attentive monitoring of blogs and other Internet contents like virtual communities.

After all, the world today has 63 million blogs, and this amount progresses geometrically. And a high proportion of bloggers express their opinions on services and products from companies that are not always pleased with such comments but have the obligation to accept that they exist.

Besides blogs and video blogs, virtual communities, wikis and hot sites are part of the daily routine of millions of people around the world. However, a reduced number of companies are today prepared to safely navigate this scenario that, in one way or another, can affect company reputation and therefore, their business. Some surveys show that 50% to 60% of the attacks made in blogs against American companies, are sponsored by rival, competing or contending companies, or even former employees.

In a society where words (whether they describe the truth, inaccuracies, rumors or lies) travel globally and in real time thanks to new technologies, companies and their executives should recall Warren Buffet’s message: “It takes twenty years to build a reputation and five minutes to ruin it.” 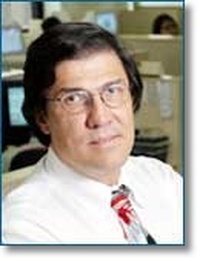 Ciro Dias Reis is the CEO of Imagem Corporativa, a full-service Brazilian PR company, and vice president of ABRACOM, the Brazilian Association of Communication Agencies. He is also a member of the Strategic Committee for Corporate Affairs at the American Chamber of Commerce in São Paulo, and a partner with Public Relations Organization International (PROI – www.proi.com).