When money really is the focus of your life: PR in the banking world

Those of us working in financial communications or serving in a PR function for a bank are often seen as a curiosity. If dealing with numbers and huge amounts of money is your thing, then why not go for the real cash and become a stockbroker or investment banker? On the other hand, if you’re the literary creative type, shouldn’t you be working as a copywriter at an ad shop, as romanticized on Mad Men?

As it turns out, working in communications for the financial industry is a lot of fun and can be tremendously rewarding. As the old tag line for the Wall Street Journal used to say, “Money talks. We translate.”

I’ve compiled this Top Five list to shed some light on what makes this a great time to work in a business that has certainly seen easier times (the long bull market of the 80s, 90s and early 2000s is definitely over).

1. Brilliant communication is hard. We make it look easy.
Banking is overwhelmingly populated by numbers people, which is as it should be. But numbers people aren’t necessarily the best communicators, and when you’re dealing with a highly scrutinized industry (particularly since the financial crisis and the flameout of Lehman Brothers, Bear Sterns and others), talking and listening to your stakeholders is incredibly important. And this is what PR people do naturally. When we craft a memorable speech, deftly manage a media interview or write a powerful CEO letter for an annual report, our colleagues are impressed. And grateful.

2. Protecting reputation is a noble pursuit. It begins by doing the right thing.
Banking and financial services has taken a reputational drubbing in recent years. There’s a reason all those people are camping out at “Occupy” protests. An industry that has been an essential component of the growth the world’s economic system, taking us from isolated pockets of commerce to an international financial network with rising prosperity across developing nations, was suddenly cast as a villain.

As we work to rebuild the reputation of the global financial industry, the public relations function has become central to that effort. Banks have learned a lot since the crash, and new regulations, tighter risk management, and closer cooperation with governments and regulators are helping to ensure the world economy is more stable and secure going forward.

In Canada, the largest banks, insurance companies and wealth management firms have all made serious efforts to increase their risk controls and to elevate the role of risk management throughout the banks’ operations. They have even gone so far as to partner with government, regulators and academics to found the Global Risk Institute in Financial Services, incorporated in 2011. The GRI has a mandate to “create and disseminate knowledge and understanding of risk and its management in the financial services sector,” according to its website. While the GRI goes about its work of conducting research and educating its various stakeholders, public relations professionals will be there every step of the way, ensuring that the message gets out: Canadian financial institutions do not take the stability of the financial system nor the public’s trust for granted.

Of course, it hasn’t been all smooth sailing since the crash and subsequent agonizing recovery. The Libor scandal has again shaken market confidence in some high-profile banks, but the reaction has been swift and decisive – bad actors thrown out, fines levied and a renewed commitment to transparency promised. The public relations pros are out there too, front and centre.

By and large, after years of bull markets and their attendant excesses, banks are learning to do the right things, and we must let people know about that through effective public relations campaigns.

3. Social media and other platforms only make us stronger.
In the 1990s, the dawn of the internet gave birth to “online communications specialists,” a new breed of PR practitioner that understood how to operate in virtual space. And then came the “social media engagement strategists,” who could unlock the secrets of Facebook, YouTube and mommy bloggers. With the rise of each new subgenre, the “traditional” flacks were seen as an endangered species. And sure enough, news of our death was greatly exaggerated. The truth is that social media, the internet and whatever comes next are merely the latest channels that depend on the timeless PR skills of acute perception, message control, quick response time, effective writing, consensus building, and maybe even a little charm. We learn, we adapt, we grow.

4. We are Don Quixote. Our windmill is the boardroom table.
Everyone in PR at a bank has experienced this scenario: you have a scheduled meeting with a top executive, and at the last minute it’s postponed. Then you see someone with an engineering degree and an MBA march into the CEO’s office with a laptop full of Excel sheets and you begin to feel a little outmatched. Do I really belong here? Yes, we do. For all the reasons I’ve cited above, the industry needs communications people right now, just as it always has. But let’s be realistic – the core of the banking business is the effective management and stewardship of money entrusted to us by clients, investors and shareholders. Sometimes the communications person has to take a back seat to an actual banker.

5. Nothing feels as good as a great result.
The hours can be long, the issues dense and complex, the regulators demanding, the media hostile and the markets unforgiving. But through it all, there is no shortage of small victories, like when you generate glowing press coverage for a campaign, or you finally finish editing the quarterly performance reports, or the twitterverse lights up with positive reactions to a tweet from the top brass. This is challenging work, and doing it well is enormously satisfying. Which, I suppose, is true whether you’re doing PR for a bank or pitching ad copy with Don Draper on Madison Avenue. 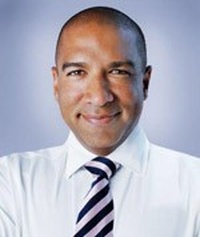 Aaron E. Boles is Vice President, Communications, for Macquarie North America, Banking and Financial Services Group. He is based in Toronto.