Las Vegas - two words synonymous with success in tourism. Visitation reached historic heights with 38.6 million in 2005. The Las Vegas brand was invigorated as never before through the city’s wildly popular "Vegas Stories" campaign with its tagline, "What happens here, stays here" cemented in American popular consciousness. Furthermore, an unprecedented $30 billion in resort construction is planned or under way.

The Las Vegas Convention and Visitors Authority’s (LVCVA) history began in 1955. That was when the organization was founded to strengthen the area’s convention business, thereby eliminating a critical economic problem: the cyclical nature of the tourism industry.

In 1955, the Nevada Legislature agreed to finance the Las Vegas Convention Center with a room tax that would be levied on guests staying at Clark County hotel and motel properties. Visitors, not local residents, would pay the tax. That decision led to the formation of the LVCVA’s precursor, the Clark County Fair and Recreation Board.

In April 1959, construction on the Las Vegas Convention Center was completed without any financial burden placed on Clark County residents. Monies collected from room tax enabled the LVCVA to begin a program of destination marketing.

Today, the LVCVA’s overall mission is to attract visitors by promoting Las Vegas as the world’s most desirable destination for leisure and business travel.

The public affairs department works to ensure the destination’s messages are distributed via media outlets around the world and manages key public policy issues facing Southern Nevada’s travel and tourism industry. The department, which includes the Las Vegas News Bureau, works with community and industry stakeholders, as well as hundreds of local, national and international journalists to promote the destination.

In an effort to extend brand awareness in its key domestic niche and international markets, the department hosted media familiarization tours, also known as fams, in 2006. International markets represented included the U.K., France, Germany, Mexico, Korea and Australia. The LVCVA also worked with its agency of record R&R Partners on first-ever LGBT (lesbian, gay, bisexual and transgender) initiatives, which included fams and promotional events, including the LGBT World Travel Expo in Boston and New York.

In conjunction with the entire resort industry, the LVCVA successfully coordinated programming that showcased the destination for the Society of American Journalists (SATW) national convention in September. Nearly 600 convention participants included travel writers from throughout North America. By the end of 2006, coverage generated as a result of the Las Vegas convention totaled an estimated $2.3 million in advertising value.

Working With The NBA

On the conventions and meetings side, the department successfully publicized the Las Vegas Convention Center’s $737 million facility enhancement program to local and tradeshow/meetings trade media. Public affairs has created and begun implementing a communications plan to keep all stakeholders informed of key milestones in the program’s development.

In addition to assisting domestic and international media, the department developed and began implementing a communications program to raise general awareness throughout the region of the tourism industry’s positive effects on the Southern Nevada community. In spring, the LVCVA coordinated a multi-pronged awareness campaign around National Tourism Week utilizing LVCVA executives and board members to get the message out to the community.

As for the Las Vegas News Bureau, it has been capturing images of notable Las Vegas personalities and events since its inception in the late ‘40s. In 2006, the News Bureau continued to add to the collection, which currently contains more than 2 million images, all of which capture the destination’s changing landscape and evolving products.

These images are disseminated to media outlets around the globe, where they help promote the brand image of Las Vegas as the most exciting destination on the map. Additionally, 14 community photo exhibits in 2006 enabled the News Bureau to showcase its collection of Las Vegas images to the general public. 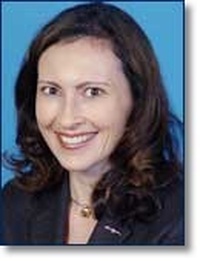