Ukraine – Not for the Faint Hearted


Unethical PR practices in Ukraine are proving hard to dislodge due to endemic corruption, inadequate corporate disclosure rules and the complicity of some multinationals active in the country. However, says Martin Nunn, some positive steps are being taken.

If you read what is written about Ukraine in the international media you would get the impression that this, the second largest nation in Europe is in a bit of a mess. Well you would be mistaken, it’s not in a mess… it is a political disaster zone that could soon become one of the major economic problem areas of Europe.

The political system is in deadlock as local politicians, protected by total immunity from prosecution, play petty schoolyard games vying for who can milk most from the national exchequer. The legal system has become a farce with courts awarding judgements to the highest bidder. Corporate ‘raidering’ coupled with support from the legal system has become virtually a daily occurrence and corruption has now reached endemic proportions to the point where even the State sanitary engineers now demand a £35 cash backhander to unblock your loo.

Ukraine’s media is in the same mess as the politics. 92% of advertising revenues are going to television (as compared with 68% in Western Europe) with only 8% going to the printed media. Most newspapers now run at a loss or close to it and exist only through the support of the very wealthy, many of whom are in politics, and through ‘paid’ articles which in 2005 was estimated as a $40 million industry.

Coupled with this publishers are reporting a steep rise in the demand for kick-backs so advertising buying decisions are not being made on any basis of science. Most television channels charge up to £3,000 for a 30-second clip in the national news irrespective of the news value, thus the internet is the only really worthwhile alternative and it is here that most real news is now distributed.

If you want to find out what is really happening in Ukraine then the internet is the most reliable source with some news ‘blogs’ attracting hundreds of thousands of hits.

As to ‘paid’ PR the worst culprits are sadly the multinational corporations who instead of standing up against these practices, go completely against their corporate governance rules on the basis that… ‘this is how business is done in Ukraine’. The fact is they are wrong, it is perfectly possible to run a legitimate and ethical PR practice in Ukraine, it is just very demanding.

The situation in the PR industry can best be summed up in the fact that there are two PR Associations. One, the ‘PR Liga’ is based on the principles that paid journalism is perfectly acceptable, albeit that they now claim it to be a members ‘option’ whilst the other, ‘The Ukraine Association of Public Relations’ (UAPR) was founded on the principles of the Chartered Institute of Public Relations and the ICCO.

The first has a few hundred members and is even supported by some well-known international PR industry brands that we hope opt out of the ‘option’ whilst the other with around 100 members is vehemently opposed to the principle of ‘paid’ PR and fights against it at every opportunity, but it is a bit like trying to turn a super tanker with paddle.

Why is it so difficult? First the level of understanding of the principles and benefits of real PR within the business management structure is appallingly low. Ukraine does not have the sort of corporate disclosure rules that are common in Europe or the USA and as the taxation system is designed to squeeze every last cent out of every company, few ever disclose the truth. When this is coupled with the wanton abuse of the media by the political elite, it is little wonder that ‘paid’ PR is the rule.

The second reason for the difficult environment is the lack, until recently, of any form of legitimate education in PR. Ukrainian Universities proudly announce courses in PR and what do most teach: Soviet era PR philosophy as few if any of the tutors have ever practised real PR and there are no acceptable books on modern PR in the Ukrainian language. Even the schools of journalism still consider it to be normal for journalists to be paid by ‘clients’ and for editors to sell unmarked space for what can best be described as ‘advertorial’.

In 2004 the UAPR working with the International Institute of Business established the first CIPR Advanced Certificate and Diploma courses outside the UK. It again was not easy as the corps of competent tutors was only 8 to 10 strong.

This year Ukraine became the first country in the CIPR international PR training network to achieve a 100% pass rate, such is the calibre of the students. So far the course has turned out upwards of 60 graduates, all of which have been snapped up by industry. In addition the UAPR are now running their own ‘pre CIPR’ training courses to bring the enlightened up to a point where they can sit the Advanced Certificate.

This new corps of expertise is having an impact as we have noticed that many of the younger senior journalists are now questioning the legitimacy of ‘paid’ PR, even some prominent editors have finally realised that the public are not stupid, can tell the difference between legitimate news and paid pap.

So is the Ukrainian PR industry changing for the better? The answer is yes but it remains very much an up hill struggle. So what of the big boys? ‘Edelman’, ‘Weber Shandwick’, ‘Ogilvy’ and ‘Pleon’ all have their toes in the water through local affiliates but frankly anybody considering seriously investing in Ukraine under the current political climate should first have their head examined. 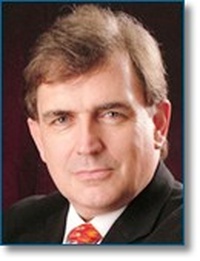