As NGOs proliferate across Asia and their influence grows, CSR issues are receiving greater attention in the boardroom. Glenn Schloss reports.

“The business of business is business.” The position of late economist Milton Friedman on Corporate Social Responsibility (CSR) was that the social responsibility of business is to increase its profits, and benefits from job and value creation would flow through the community. It is a view which has represented the position of most companies in Asia – focus on the core business and leave CSR for the West to fuss about.

However, with globalisation sweeping the shores of Asia and lifting economies as well as individual incomes from China across to India in recent years combined with rising liberalisation in a growing number of markets, the stakeholder and regulatory environment has become much more complex. The days when CEOs could pick up the phone and call their friend, the head of government or newspaper editor, to solve a troublesome issue are quickly fading.

At the same time, NGOs have been proliferating across Asia, with growing influence in domestic markets and boosting their influence on the international stage by cooperating with each other across borders.

The images are in the media every day. Just go to the Internet – a Thai labour rights group has doctored a photo of Tiger Woods replacing his toothy grin with a Nike swoosh for extra effect and a Hong Kong NGO parodies Mickey and Goofy over supply chain labour issues at Disney’s suppliers in China. Asian companies are not immune in their own backyard either – the makers of GP Batteries, Gold Peak Industries, have been targeted by NGOs alleging workers at a China factory were tainted with nickel cadmium. Expect more Asian companies to come under scrutiny as their brands go global.

Under such conditions, companies operating in Asia have quickly begun to embrace best practice not only in crisis and issues management but also in a more proactive manner such as with stakeholder engagement and enhanced reporting. They realise these techniques are crucial for building and defending corporate reputations as well as enhancing risk management.

This new form of engagement is not a choice, it as an imperative driven by the greater attention being paid to corporate behaviour, and the transparency obliged by a tightly networked world. Companies must be perceived as behaving in accordance with the highest standards of ethics.

CSR in Asia has in a relatively quick period of time moved to requiring a growing number of companies to be engaged with broad stakeholder constituencies while demonstrating a willingness to recognise problems and provide solutions. At the same time, the widespread practice of philanthropy in Asia has been moving into a more strategic phase – shifting from tycoons favouring the causes of friends to a growing willingness to support issues affecting the fabric of society or future of the environment – which contribute ultimately to prosperity, wellbeing or quality of life.

Just one example: Engro Chemical Pakistan is demonstrating concern for communities where its plants operate. Engro’s “Project Hope”, bringing medical advice to the ill in rural areas via high-tech links, won an award from the Asian Institute of Management – Centre for Corporate Social Responsibility in October at a forum in the Philippines co-organised by the United Nations Development Programme. The system links rural spokes where people earn less than 75 pence a day via video-conferencing systems to specialist doctors at a hub in Karachi viewing X-rays, electrocardiograms and vital signs for real time consultation.

In our work with clients, NGOs, media and other stakeholders, H&K has identified the following as rising CSR trends in Asia:

1. Competitive Advantage Strategic business responses to CSR provide companies with competitive advantages while giving back to society and the environment. Toyota’s success with the hybrid Prius has set the pace for CSR as a competitive differentiator in the tough automotive market.

3. Eco-Friendly and Safe Products Consumers are demanding environmentally-friendly or safer products. Witness HSBC’s green credit card launched in the competitive Hong Kong market in April which provides consumers with discounts for environmentally-friendly products while donating a portion of spending to a project installing green roofs on schools.

4. Fair Trade Focusing on the export of goods from developing nations, fair trade promotes standards for labor and the environment. Its popularity is rising as the use of fair trade labels for products such as coffee, rice and fresh produce.

6. Web 2.0 The interactive Internet poses new sources of threats for companies as well as providing opportunities for corporations to open new channels for dialogue with customers and stakeholders. From consumers upset over product performance or safety to NGOs focusing on the environment or supply chain, the risks are magnified while providing a new outlet for sales and promotion. 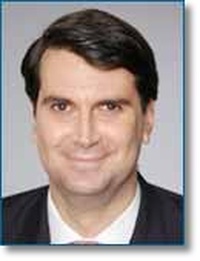