Issues of great importance in one part of the world are spreading like ripples across the globe with ramifications for the public affairs agenda. Carolyn Tieger looks at two developments that have reverberated loudly between continents.

Today more than ever, the definition of ‘public affairs’ and the field on which it is played are changing dramatically. Influencing public policy is no longer simply a job for a few well-connected lobbyists.

It also takes a political campaign mentality and a commitment to win. The stakes are always high. In fact, many public policy issues – just like corporate issues – can have profound and potentially devastating ‘bet the company’ implications.

What’s even more interesting is that policy today is not always home grown, but instead can be created on the other side of the world. While we’ve known for a decade that the world is getting smaller and more connected due to technology and the explosion of social media, little has been said about the impact this has had on global public policy.

This bureaucratic buzz is also helping to drive the globalization of public affairs through the creation of global ‘echoes’, or issues that become so important in one part of the world and are so sweeping, they create a tremendous ripple effect – and a potentially huge impact – elsewhere in the world.

With seemingly every new public policy issue, there is a potential echo that may hold reverberating ramifications for the rest of the world. And just as it can be difficult to predict which issues will enter the international spotlight based on the existing economic, political, and social landscape, it can be challenging to know which issues will create global echoes. Perhaps it would help to look at two currently rippling their way around the globe.

One echo that has attained global proportions is the European Union’s REACH regulation. REACH, or the Registration, Evaluation and Authorization of Chemical substances, is the EU’s effort to “protect human health and the environment through better and earlier identification of the intrinsic properties of chemical substances.” It will likely require a complete overhaul of how chemicals are tested, registered, and used throughout the EU. It could cost industry more than 2 billion euros and result in the banning of hundreds of chemicals.

REACH went into effect in June of 2007, and the provisions are being gradually phased in through 2022. Starting on June 1, 2008 and ending December 1, 2008, chemical substances already on the market in the EU, including imports, must pre-register with the European Union Chemical Agency in order to remain on the market until full registration under REACH is completed.

The consequences of this process and the many other provisions of REACH, could prove highly detrimental to companies around the globe. REACH affects nearly every segment of the economy, including the companies that produce the food we eat, the pharmaceutical products we rely on to stay healthy, and the consumer products we depend upon, regardless of where they are produced.

REACH’s global echoes are best illustrated by worldwide opposition in many countries to the stringency of the regulations. Industries are concerned about export markets and increased burden on international trade. In the United States in particular, many industries are only just beginning to learn the implications REACH will have on their global operations. And according to some in the U.S. chemical industry, the Office of U.S. Trade Representative is considering a World Trade Organization case against the EU, maintaining that REACH is a violation of the Agreement on Technical Barriers to Trade (TBT).

But the echoes of REACH in the United States are actually two-fold. American industry also fears the potential spread of REACH-like regulation to the United States, where activist groups have long called for tougher chemical regulations on the state and national levels. In fact, legislation modeled after REACH has already been introduced in Congress and would require the Environmental Protection Agency to conduct ‘safety determinations’ on chemicals in commerce in the United States. California is also pursuing a first-of-its-kind state policy for a ‘Green Chemistry Initiative’ that would promote environmentally-friendly chemical manufacturing procedures, and possibly phase out or ban certain chemicals.

REACH’s echoes are only just the beginning, as governments and industries around the globe tangle over what these regulations mean for global growth, trade, and jobs. Regardless, the opportunities for public affairs practitioners to help the global business community manage, adjust, and grow abound.

Another major echo with implications on national economies and the overall global economy is the U.S. subprime mortgage crisis. What started as a crisis for American homebuyers who were approved for risky subprime mortgages has now turned into a national financial crisis. The situation seems likely to get worse before it gets better, with foreclosures around the country, housing prices falling faster than during the Great Depression, a resulting credit crisis, shrinking or collapsing businesses, and uncertain consumers.

The consequences of the subprime crisis are not exclusive to the United States. The enormous housing bubble has also burst in the United Kingdom, Spain, the Netherlands and Ireland.

The United Kingdom in particular is experiencing the echoes of the housing bubble burst and subprime and credit crises. Britain’s largest homebuilder recently failed to raise urgently needed capital as the housing market falls faster than in the 1990s, when a housing bust resulted in recession. Just as in the United States, the situation will likely get worse before it gets better, as more homeowners’ houses drop below the value of their loans, and fewer Brits make residential investments, both in property and related consumer products.

Also as in the United States, where many are calling on the Federal Reserve to oversee investment banks to prevent another collapse such as that of Bear Stearns, global business leaders are calling for more extensive government intervention and regulation over the banking and financial sectors. EU finance ministers are already planning on introducing legislation for monitoring and regulating the major credit rating agencies such as Standard & Poors and Moody’s in light of the shortcomings of the system in the U.S. subprime crisis.

REACH and the subprime crisis are affecting the way the world regulates, governs, and does business. Each of these issues, along with many others, further illustrates the intersection of public affairs with the way people everywhere govern and do business, as well as the relevance of public affairs in every industry.

It also calls for public affairs practitioners to adapt their strategies and techniques in order to consider the potential global implications associated with many issues. But most of all, global echoes mean global challenges and global opportunities for our industry. 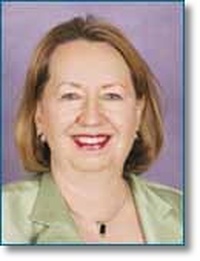