The truth® youth smoking prevention campaign is behind edgy ads featuring body bags, a snarling dog and "Shards O’Glass" freeze pop. The campaign taps into youth rebellion by asking teens to react to the negative business tactics of the tobacco industry – a strategy campaign creators learned could replace the rebellious behavior of smoking with rebellion against tobacco industry marketing tactics.

While doing this, truth® educates teens about the health effects, social costs and addictive nature of smoking. The campaign features advertising, a website, interactive elements, events and grassroots outreach through a summer cross-country tour.

Each year in the U.S., more than 400,000 people die from tobacco-related diseases, including cancers, heart disease, emphysema and stroke – making tobacco-related disease America’s number-one preventable cause of death. These alarming figures make tobacco-use prevention the key objective of truth®. Since about 80% of smokers begin using tobacco before they turn 18, truth® seeks to engage the hearts and minds of teenagers and prevent them from starting. This approach is working: the ads have ranked truth® in the top-10 most recognized brands by teens from 2000-2005 by Teen Research Unlimited.

Ripped From The Headlines

The organization behind truth® is the American Legacy Foundation, created in 1999 from the landmark Master Settlement Agreement between 46 U.S. states and the tobacco industry. Legacy works to build a world where young people reject tobacco and anyone can quit. Given what we know about the companies that manufacture cigarettes, it appears that a huge national dose of truth® is needed now more than ever. The New York Times reported on August 31 that:

"Evidence of what looks like an increasingly desperate effort to hook new young smokers and prevent older ones from quitting has been uncovered by a Massachusetts law that forces tobacco companies to report test results showing how much nicotine is inhaled by typical smokers of their various brands.

"The Massachusetts Department of Public Health revealed that from 1998 through 2004, as public health campaigns were mounted to curb smoking, the manufacturers increased the amount of addictive nicotine delivered to the average smoker by 10%. ...The three most popular brands chosen by young smokers - Marlboro, Newport and Camel - all delivered significantly more nicotine as the years passed. Virtually all brands were found to deliver a high enough nicotine dose to cause heavy dependence."

This disturbing research is part of a trend: just two weeks earlier the court issued a decision in the case brought by U.S. Department of Justice litigation against the tobacco industry. The court said that, "...over the course of more than 50 years, Defendants lied, misrepresented, and deceived the American public, including smokers and the young people they avidly sought as ‘replacement smokers,’ about the devastating health effects of smoking and environmental tobacco smoke, they suppressed research, they destroyed documents, they manipulated the use of nicotine so as to increase and perpetuate addiction, they distorted the truth about low tar and light cigarettes so as to discourage smokers from quitting, and they abused the legal system in order to achieve their goal – to make money with little, if any, regard for individual illness and suffering, soaring health costs, or the integrity of the legal system.’

As illuminating as these new developments are, it has long been common knowledge that the industry has also has deep pockets. In 2003, the tobacco industry spent more than $40 million a day in the United States alone, just to market and promote its addictive products. At the same time as the tobacco companies were broadcasting ads focused on youth smoking prevention and smoking cessation, they were quietly increasing the nicotine content in cigarettes.

In this David v. Goliath battle, the annual budget for the American Legacy Foundation’s truth® campaign will soon be less than what cigarette makers spend daily in marketing. Legacy’s internal and external communications teams aggressively work to extend the reach of truth®. Efforts focus on earned media, special events, speaking opportunities and community outreach – all tactics to highlight truth® and keep smoking prevention top of mind. The foundation goes where the industry goes, counter markets to populations the industry targets and raises awareness about tobacco’s deadly toll on virtually every family in the nation.

Thank You For Not Smoking

As a result of litigation, the tobacco industry plays an important part in this process, since many of its documents that are made public are used in truth® ads. The film Thank You for Smoking led many to wonder how the tobacco industry really behaves. Katie Holmes’ character asked "why they don’t market a cigarette to homeless people and call them Hobos?" In reality, one tobacco company did contemplate marketing cigarettes to gays and homeless people in San Francisco and called the plan Project SCUM (Sub Culture Urban Marketing). This document, once made public, became the basis for a popular truth® ad exposing these tobacco industry marketing tactics.

The $50 million youth smoking prevention campaign in the film – the one that wasn’t supposed to work – also is reality. Many IPRA readers are aware of the Talk, They’ll Listen campaign from Philip Morris, which was preceded by its Think, Don’t Smoke campaign. The Think, Don’t Smoke campaign was shown to actually increase the likelihood of smoking among youth who are open to smoking. The public health community notes the irony: the same companies that sell cigarettes are simultaneously telling their future customers not to buy their products.

The tobacco industry has also worked aggressively - and unsuccessfully – for the past five years to shut down the truth® campaign, the only national youth smoking prevention campaign that is proven to work and that is not operated by the tobacco industry. truth® is credited with 22% of the decline in youth smoking in its first two years (2000-2002). Litigation brought by the Lorillard Tobacco Company against Legacy was costly and threatened to divert the foundation from its life-saving mission and close its doors.

The public might think that ‘Big Tobacco’ ceased to exist as a group after memorable Congressional testimony in which tobacco executives testified that they did not believe that cigarettes are addictive. Legacy knows otherwise. Just months before the court’s decision, Lorillard was joined by Philip Morris, RJ Reynolds and Brown & Williamson as they tried – but were denied by the court – to file briefs supporting Lorillard’s claim that Legacy’s truth® campaign ads "vilify and personally attacked" the companies. But on July 17, the Delaware Supreme Court unanimously decided in favor of Legacy and said it did not vilify or attack tobacco companies or their employees.

This legal victory ensures that – for now – our nation’s youth will continue to hear the life-saving messages perpetuated by the truth® campaign. By keeping youth from smoking, the foundation hopes that more American families will be spared the devastation of seeing loved ones become sick or lose their lives from the addictive and harmful effects of tobacco use. 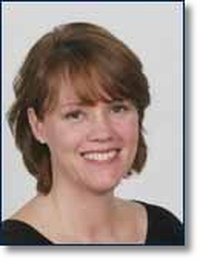