Great communication has been an ‘essential lubricant’ in the rapid progress of the Irish economy. By Brendan Bracken.

Ireland’s economic growth over the past 15 years has been phenomenal. The ‘Celtic Tiger’ has well and truly roared. Although the heady growth of the 1990s may have eased in recent years, Ireland’s performance is still exceptional in European and global terms.

Much of the focus has, understandably, been on the actual ‘bottom line’ performance of the (largely) knowledge-based economy in terms of GDP/GNP growth and employment.

But it must be remembered that, in many ways, effective communications has been the essential lubricant which ensured this remarkable transformation happened in the first place and then continued to progress smoothly. And the public relations industry can claim to have played a small, but important, role in this whole process.

Good basic PR is about establishing a clear and sustainable identity for an entity and then communicating that identity to a targeted audience. Clearly, it can be said that Ireland Inc. has implemented a very effective communications/PR programme.

Let’s look at the elements involved. It’s acknowledged that one of the first major ‘building blocks’ for the Celtic Tiger was the coherent partnership forged between the different players in Irish society. In practice, this meant employers, workers, Government and the community/farming sectors sitting down to discuss and share a vision of how they would work together.

This certainly involved some hard negotiations but, undeniably, it also involved good communications. People with different interests and needs related to each other, in a spirit of ‘give and take’, with the common good being constantly kept in mind.

This process also brought into sharp focus what Ireland had to offer on the world stage – in other words, it helped to fine tune its marketable ‘identity’. It crystallised the nation’s existing attributes, e.g. its rich labour skills, industry growth sectors, creativity, innovation, educational facilities and positive taxation policies. And it also pinpointed what further steps had to be taken, in areas such as employment and income growth, quality of life and infrastructure issues, for the country to achieve its potential.

What emerged was a more clearly defined package of assets and strengths that could be used to appeal, initially, to Ireland’s own growing population and incoming investors. Later, this package had the potential to attract others, such as returning emigrants and new immigrants.

To continue the ‘PR principle’ analogy, the next step involved the targeting of important audiences, to whom this national ‘message’ would be communicated.

Ireland was fortunate that, for many decades, it had a strong tradition of welcoming incoming investment and people, and of interacting with the wider world. Factors that contributed to this included the country’s pivotal role in pioneering transatlantic aviation in the 1940s/50s, its valued missionary and development consultancy work in different regions, and its export-orientated industrial policy begun in the late 1950s with initiatives such as the Shannon Free Zone.

However, the ‘Celtic Tiger’ momentum took this ‘reaching out’ approach to a new level. The country saw the opportunity presented by the emergence of a technology-based, knowledge society and positioned itself to be at the forefront of this emerging market.

For instance, it told major businesses and influencers involved in the IT and technology sectors about its capabilities and resources – e.g. its flexible and skilled people (the most valuable resource of all), its creativity, innovation, positive taxation and economic policies, education systems, etc.

It pointed to its proven track record in inward investment, and to the industry leaders in different spheres that were already successfully serving world markets from Ireland.

And it pinpointed major companies in key sectors that suited Ireland’s value-added technology niche and convinced them to locate in Ireland.

This policy bore rich fruit. There are now over 1,000 foreign-owned companies employing over 132,000 people based in Ireland, producing €85billion worth of exports per annum to global markets.

The country is in the vanguard of technological advancement, e.g. Ireland is the largest exporter of software goods in the world outside of the US

1. The top ten international software companies have a significant presence there.
2. 13 of the world’s top medical device and diagnostics companies have Irish manufacturing plants.
3. Roughly 25% of U.S. green-field investment in the EU is in Ireland, although the country accounts for only about 1% of the EU population!

This upsurge in inward investment has also had a significant spin-off for indigenous Irish enterprises. Having acquired new skills and know-how, Irish firms took to exploring export markets with gusto. It’s noteworthy, for instance, that Irish companies have invested over US$20 billion in the U.S. and employ about 70,000 Americans.

This economic transformation has rubbed off on many sectors of Irish life. Long renowned for its great writers, the country suddenly took the world by storm in a myriad of cultural and artistic fields. The creativity and ingenuity of its people was conveyed to world audiences to telling effect, with Riverdance, Bono and U2, and Seamus Heaney being just a few of the prominent ‘ambassadors’ of the cause.

Irish sport has also become an integral part of this modern, confident Ireland relating to the world, whether it is through the exploits of its soccer and rugby teams and supporters, or the hosting of the prestigious Ryder Cup golf match this year.

The Role Of PR Practitioners

There is much evidence, therefore, that the country has adopted and used good PR/communications principles to advantage. What of the role of the PR industry itself in this drive and what has been its effect on the industry in Ireland?

PR practitioners working with Government/State and other public agencies and in the private sector have directly contributed to campaigns and initiatives that conveyed Ireland’s capabilities at both the corporate national level and the micro business sector level.

The commercial PR sector has grown significantly in tandem with this economic explosion, with many energetic young entrants to the profession. The industry has adapted to the needs and demands of the IT/technology sector with enthusiasm. Working with related IT-based services, it has also offered imaginative communications solutions for today’s fast-changing marketplace.

In line with the wider economy, the Irish PR sector has become more ‘internationalised’, with many of the leading companies and groupings, including the PROI, developing a presence in the market.

The industry is also very conscious of the growing multicultural nature of the ‘new Ireland’, which has attracted immigrants from all over the globe to service its expanding economy. It is constantly adapting to meet changing media needs, as evidenced by the emergence of many foreign-language newspapers and other publications on the news stands.

It’s been a long journey from the Ireland of John Ford’s film, The Quiet Man. Even the Guinness is better! 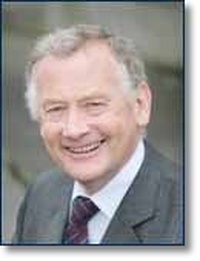