Martin Bostock says the key to promoting technology to consumers is to focus on practical benefits and entertainment value ahead of jargon and product features.

From mobile phones to MP3 players, from online gaming sites to DVDs, most products or services that can be typically categorised as ‘technology’ products are actually mass-market consumer goods.

In any event, in almost every case the technology product itself is only a means to an end: the end being the excitement that the technology helps deliver to the user.

Working with clients such as Freeview, Toshiba, Canon, Napster, Shazam, Digital Radio Development Board, and HTC mobile phones, we consider ourselves in the entertainment business at least as much as in the consumer technology business.

We’re selling the sizzle, not the sausage.

Simply to categorise ‘tech’ clients as being only of interest to the tech fraternity is lazy PR and we’d soon lose our clients if we did that.

The problem is, both journalists and PRs are very keen on putting things in neat boxes, and whenever words like ‘technology’ or ‘gadget’ are used, certain psychological barriers go up that can be difficult to overcome in the communications process.

At NBC we don’t think of stories as technology or non-technology stories. Yes we have lots of clients who may regard themselves as tech businesses, but the stories we pitch are generally angled with a broader audience in mind.

It may sound obvious, but from a PR perspective the key to a successful programme is to understand the media being targeted and deliver them the story that they need in language they understand.

For example, when we launched Napster (the first main-stream digital music download service) in the UK, we recognised that the story would be totally different depending on the programme, magazine or newspaper we were talking to.

So we wrote several different versions of the release and of the backgrounder to the digital music industry to put the story in the right context for each media group.

This is where many agencies fall down in their approach to consumer technology media relations. Pitching the same story to the nationals as to the gadget press is clearly not going to work the majority of the time, as they have different readerships, different editorial agendas and different news priorities.

So, while we were pitching Napster’s music catalogue, pricing structures and player compatibilities to titles like Stuff, NME and Music Week, we were pitching the concept of the ‘death of the record store’ to the Daily Mail and the ITV News consumer affairs editor.

Was the launch of Napster really a threat to physical retail outlets? Of course not, but it contextualised the story for those titles, and allowed us to gain exposure in mass-market media that would otherwise have rejected our announcement as a technology story.

In the end, the Napster launch story was covered in every single national newspaper and every single terrestrial broadcast channel – but in totally different ways each time.

There’s a lot of talk in the mobile world about ‘feature fatigue’, suggesting that consumers are increasingly sick of phones with an ever-longer laundry list of bells and whistles. But that hasn’t been exactly our experience.

Admittedly, the industry suffered two major PR setbacks, from which PROs are still picking up the pieces. The first was trying to sell early-stage WAP as ‘the internet on your phone’ – consumers were bound to be disappointed.

The second was in pushing video calling as the ‘killer application’ for 3G phones, when there was no proven consumer demand for it. Consumers grew tired of hearing about a service they didn’t want, and the media became ultimately sceptical about the chances of 3G taking off.
That being said, there are clear signs that we’re now past the turning point. The early marketers of 3G had the right approach in picking an application rather than a technology, they just backed the wrong one.

The mobile phone has become one of the most pervasive consumer gadgets of all time. And – for the iPod generation at least – it’s not just a question of making phone calls and sending texts any more.

Mobile music and mobile email in particular are now racing ahead. Who had even heard of Blackberry a few years ago? The fact that Blackberry made mobile email easy for the first time means that executives from Wall Street to Shanghai have them in their pockets.

Similarly, who would have thought of downloading a chart single to their phone? 3 in the UK passed the milestone of handling 1 million music track and video downloads a month back in May of this year, but even that pales into insignificance when compared to the market explosions in countries like China and Russia, where mobile music sales are rapidly outpacing CDs – and are credited by some for saving the music industry from piracy.

So there’s the trick for PROs and clients. Consumers – and hence consumer mags – do want to hear about the latest and greatest developments in the mobile world, but we need to focus on applications that consumers will understand and take an interest in.

Whether or not consumers can get the latest music videos or watch EastEnders on the bus home is what captures the imagination!

But it’s all too easy to fall into the trap of focusing exclusively on ‘demystifying’ technology for a consumer audience and hence taking the risk of alienating people that could be a client’s strongest and most vocal advocates. With the advent of blogging and social media, the early adopter community has never been so influential.

As we know from working with consumer product clients like HTC (who make the vast majority of Windows-based mobile devices on the market) consumers have a powerful new resource at their fingertips. A quick Google search will give them access to thousands of technology fans giving their opinions online on one of around 60m blogs now being published. And lots of the mainstream consumer tech writers are increasingly turning to these blogs for their own research too.

An influential blogger can have a huge impact – positive or negative – on a client’s product sales. What’s more, the world of blogs is much faster moving and more difficult to control.

There is one key rule for PROs and their clients: prioritise. Research the blogs that are relevant to your market and tier them by importance.

Tier 1 should be targeted proactively, e.g. with early product samples or (highly selectively) exclusive executive interviews. Tier 2 should receive news and products for review along with the rest of the mainstream media.

The hardest one is tier 3. The blogging world is one where you can’t please all of the people all of the time, and it’s important to accept that some negativity is inevitable. If it happens on a top tier site, you’ll need a strategy for trying to turn it around. But wading in can often cause more harm than good and – if it’s only tier 3 – the best approach is often just to let it go.

The introduction of any new format will bring confusion for some consumers, so a situation with competing formats inevitably muddies the water further and makes any PR job that bit harder. It introduces a whole second question to address – as well as "why should I invest in this new technology?" consumers are also asking "which one should I choose?"

In the past, there have been situations where PR departments or agencies are so concerned with fighting over the second question that they lose sight of the first.

With HD DVD, NBC made a decision early on with our client Toshiba to focus on the first challenge, and demonstrate the value of HD DVD to as many media as possible, as early as possible, in order to establish trust and familiarity with the format.

Everyone is comfortable with DVD – in fact, the majority of consumers don’t see it as a technology product at all. As the natural successor to DVD, we’re pitching HD DVD in the same way to the mass market. It’s just as important to us that Ideal Home and Good Housekeeping understand it as Stuff or T3. And what they want to know is the benefits: how good is the picture? How good is the sound? How many movies will be available to play on it? Will my old DVD collection play on it?

As ever, benefits - not features - are what appeals to the public as well as to the media.

Which Format Will Win?

Ultimately, the media will have a significant influence in which format wins, as consumers will look to them for guidance. Our strategy from the start has been to give them as much information as they require, and to be as open as possible.

If they ask about Blu-ray, we naturally respond, but otherwise we’ve not tried to sway their opinion beyond correcting any inaccuracies about the HD DVD format. If the media are confused, the public are confused, and that can only hinder uptake of the technology.

I think this strategy also helps build trust with the press – something that seems to have been borne out by the fact that in the wake of the huge IFA consumer electronics show in Berlin at the beginning of September (where both formats officially launched in Europe), HD DVD was received far more positively by the UK press than Blu-ray.

There is still a month or two until HD DVD players hit the shelves in the UK, by which time we hope that the majority of media titles will have had a chance to see the product first hand and, in turn, will trust it as good value proposition that they feel comfortable recommending to their readers. 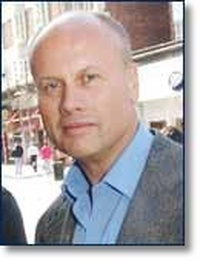