The growth in foreign ownership of major businesses has generated both cultural and communications challenges. Jean-Pierre Beaudoin says PR practitioners must increasingly take into account the ‘global map’ of their cleints.

It came as a shock to some American publics when during the 1990s European companies started to acquire American firms that were household names. Employees and even more so executives of such firms resented this reverse pattern of international investment.

Since the end of the Second World War the pattern had been mainly US investment to other parts of the world. But this was turned on its head by, for example, French company Rhône-Poulenc acquiring the US pharmaceutical company Rorer in 1990 and Germany’s Daimler acquiring (whatever was said at the time of a ‘merger of equals’) Chrysler.

Similarly, it came as a shock to some European publics when, from the beginning of the 21st century, Asian investors started to acquire European firms that are household names. Some opinion leaders, especially political leaders, expressed more emotion than did employees in front of what seemed to signal a shift in the usual pattern of western dominance. Examples include China’s Hutchison rescuing the French perfume-retail chain Marionnaud in 2005 and India’s Mittal taking over Arcelor, the icon of the European steel industry, in 2006.

The cause of such shocks in public opinion was (or is) not the fact that a company would change ownership. Nor the changes which such moves would bring about in competition on markets. The shock is about cultural representations of economic power and decision centers.

Investment flows have always generated opinion flows. Corporate structures represent powerful networks for the dissemination of cultures. Not only because products and brands carry ways of life with them, but much more because management behaviors and corporate values, deeply rooted in the culture of a company’s place of origin, bring a level of change to the societies, and not only to the markets or the firms, into which they extend their span.

Consulting firms have historically surfed on the waves of industrial direct investment from their home-base to other territories. ‘Following their clients’ has been the path to internationalization for all the large consultancies we see today. And consulting firms, whether in strategy, management, or any of the communication disciplines, are certainly the most ‘culture intensive’ of all international businesses. I would add, but I may be biased, that of all consulting businesses, the most culture intensive is certainly public relations.

Managements have an increasing need to include the ‘opinion factor’ into any decision, project or programme. The opinion factor has, indeed, acquired the strength to hinder, if not kill, the implementation of any management decision, project or programme. We see this to be all the more true when the decision is made by a decision center located in one culture and applies in territories of different cultures.

In this context, we have seen public relations become a management function, bringing to corporate managements understanding of how the opinion factor can positively or negatively impact a business decision, as others bring the understanding of financial or technical factors. The more human-linked the decision, the heavier the relative weight of the opinion factor in the decision. We see this in mergers and acquisitions, corporate transformation or restructurings, where the final value production will depend less on the ability of management to integrate structures or on the capacity of financiers to engineer fundings than on the willingness of people to adhere to a vision of their future, in their culture.

A specific contribution of public relations as a management function is that, more than – if not contrary to – most others, it seeks not only to help a company export its culture to other territories, but as well to acquire aspects of those territories’ cultures which will benefit the overall project.

This has meant, for public relations consultancies, a gradual change in the cross-border flows of business. To take only the example of business exchange within one partnership of independent consultancies, namely Public Relations Organisation International (PROI), we can describe three stages in the development of network business.

When originally formed, in 1970, PROI was an initiative from US and UK-based consultancies seeking to ‘follow their clients’ by developing links with partners in continental western Europe. From the early 1990s, we have seen the continental European core of the network become a serious business-generating center.

And indeed, whilst the partners continue to serve an increasing number of US and UK-based clients, the continental European partners have, as a group, become net exporters of business to other parts of the world. Partly in following their Europe-based international clients to other territories, and partly developing a direct relationship with non-European clients seeking the ‘acquisition of local culture’ as well as the appropriate ‘export’ of their own.

We now begin to see the effects of the increase in Asian actors on the world business scene. With them, as well as with the generalization of global approaches to business cases, we see the ‘country-of-origin’ approach gradually make room for the need to take into focus the global map of a client. Not to reduce it all to a one-culture magma, but to harmonize all aspects of communications in a cross-cultural dialogue, taking all cultures into equal consideration. And we see this matter for the various public relations disciplines: employee communications as well as brand management or public affairs.

The world is not one, and there are no signs that it will become one soon. But companies need to be ‘one’ for each and all of their publics. This calls for the permanent ability to re-think public relations, seeking where it brings the most value into corporate management. In other words, how public relations can best contribute to making shocks positive – if not desired – by the ‘opinion factor’.

The aim is to produce ‘locality’ in cultures whilst contributing to ‘globality’ in business. On this subject, readers may be interested to look at a book by sociologist Arjun Appadurai, Modernity at Large – Cultural Dimensions of Globalization, University of Minnesota Press, 1996, which contains in particular a chapter on ‘The Production of Locality’. 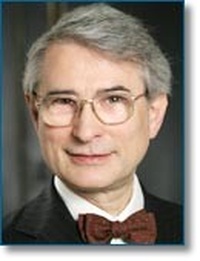