The You, You And You Phenomenon


The explosion in user generated content and social media is posing huge challenges for PR practitioners. By Bart de Vries.

When journalist and novelist Tom Wolfe dubbed the seventies of the previous century as the ‘Me Decade’, could he possibly have foreseen the unrivalled celebration of the self we’re witnessing right now on the web? There’s hardly any home-grown endeavour, ribald video, prank or opinion too insignificant not to put on. The supposed need to consume all this appears to be limitless, and the involvement of the public looks like ever widening ripples in a pond that keeps changing and growing.

If these blogosphere numbers are numbing, it is because we all suspect that this is only the beginning. Vast numbers of people around the world are not even online yet. So, perhaps YouTube is best considered to be in its infancy with 100 million videos watched per day, just as the 60,000 or so daily uploads of new videos to the site could be negligible compared to what’s yet coming.

In the same December month that PR Week nominated 2006 as Year of the Blog, Time Magazine elected YOU as ‘Time Person of the Year’. Thereby suggesting we collectively are the eponym of the regime change in media ownership. The implicit meaning is that we are witnessing a profound shift in influence wielding.

In future, world affairs might more likely be steered by one person with a digital camera and an internet connection than by the acts of singular men or women of great vision. In a similar vein, one could expect international understanding between differing cultural, ethnic or religious communities to benefit far more greatly from the Web 2.0 than the efforts of all diplomacy combined.

Just a few months ago, during the IPRA Summit in London, the question of what this all means for public relations hung heavily in the air, much like the presence of an uninvited party guest. For public relations professionals, the issue isn’t so much, or shouldn’t be, whether or not we’ll involve ourselves with the phenomena of user generated social media and Web 2.0. After all, more than a handful of PR professionals have, at least part of their time, turned to blogging themselves. The issue to grapple with seems to be how to judge the strategic and tactical imperative for planned communication.

Specifically, the challenge that the explosion of social media poses is how to integrate it into the framework of communication programs. And knowing where you’re going with it and where you’ll likely end up.

Understanding the changes in the way that publics form opinions, from whom they take their cues, on what basis they build beliefs and, ultimately, why they act the way they do – so hugely important as the foundation for any communication program – is none the easier with the ongoing fragmentation of traditional media use but gets further complicated by the shift in social media ownership.

In his 2000 book ‘The Anatomy of Buzz’ author Emanual Rosen defines buzz as the aggregate of all person-to-person communication about a particular product, service or company at any point in time. Word-of-mouth marketing being close to the ultimate buzz in the communication profession itself, it is interesting to note that when one promising political career gets smothered on sites like YouTube this happens because of the authenticity of whatever was captured on video and uploaded to the site. And then gets proliferated across the web. Buzz is never so infectious as when it feels natural and thus unfettered by communication professionals.

If the anarchistic and uncontrolled nature of the web is precisely the reason of our unequalled and, in some instances, no holds-barred involvement with it, any attempt to direct the individual’s empowerment in media use cannot be experienced otherwise than through unwanted manipulation.

Yet the temptation inherent in the communication profession to insinuate itself into the loose knit and unpredictable communities ‘out there’ is alluring. After all, the potential for creating buzz is not unlike the attraction of building a man from clay.

But even if communication is about managing and exerting influence, it is above all the inspiration of trust. We cannot broker trust if motives don’t appear to be genuine in a given context, especially one such as Web 2.0.

Both established and impromptu communities thrive on complicated and often implicit codes of trust. It is in fact the currency that comes with the country, payable upon entering. Internally, these communities may exhibit every bit of paradoxical behaviour – who, after all, is actually the real YOU on the web? – yet insidious outsiders are sniffed out like a red herring in a poorly constructed plot.

In this strict sense, fulfilling the public relations professional’s task of broadening his or her operational reach to include not just traditional media but the whole amorphous blogosphere as well comes dangerously close to a Tantalus experience. 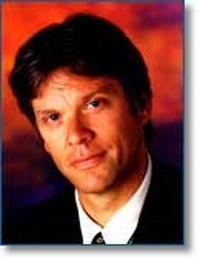