Teaching Finns To Make A Fuss


Finns tend to be quiet – or at least they won’t make too much of a fuss about even very spectacular achievements. Kaija Langenskiöld says it is difficult to convince Finnish companies of the importance of communication.

Encouraging Finnish companies to do PR is sometimes a tricky business.

A particular characteristic of the Finns is that we seem to be eternally worried about what other people think about us – but we have traditionally done very little to give them something, positive or negative, to think about. Until very recently, Finns could be described as the "silent type". But after joining the EU in the mid-1990’s the country started to open itself to the world – and the challenges of PR became acute to the people and the Finnish companies.

The same shyness apparent in the older generations of Finns has for a long time been reflected to the business world. Companies did not do very much PR and when they did, they did it very sparingly. It seemed sometimes that companies considered PR equal to merely stating the facts, in fear of over-exaggerating. The result was not very interesting, and sometimes not very informative either.

In order to begin to grasp the root causes of the Finnish hesitation to do PR, one would have to consider the country’s history. First under Swedish rule, only to be annexed by Russia, Finland has been independent for 80 years. Very poor after the second world war, it is only recently Finland has gained some self-confidence with the success of telecommunications company Nokia and the developing technology cluster, national economic upturn after the recession in the 1990’s, complete and functioning modern society and worldwide recognized economic competitiveness. According to the World Economic Forum in 2006, Finland was second only to the US in competitiveness.

Despite these unchallenged successes, the companies and the people representing Finland – while abroad working in the international environment – are still sometimes too modest and shy with their messaging about the company or organisation they represent and the possibilities of the country where they come from. Finns never seem to fuss about anything – even when they sincerely would have a lot of reason to do so.

Flying The Flag For Finland

It is imperative that Finnish people learn how to market themselves globally and how to do good PR for their companies, technologies and for the whole country. The first step is that we must not confuse "bragging" with PR! All of us need to learn from the example set by companies such as Nokia, who are open and positive about their success – without being smug. PR need not be the stumbling block for Finnish companies.

According to the latest research, Finnish company directors have understood the strategic importance of PR and communications for the success of their company, this understanding yields few concrete results. For example, communications budgets are still very small, recruitment of professionals is not very professional at all. At the moment it seems that foreign companies operating in Finland are doing PR in a more professional way than local companies – this of course bears the danger that by being too modest the big will eat the small.

Moreover, there is a long tradition of "do-it-yourself" – and use of external consultants is somewhat unknown. This partly explains why the PR agency business is still very young in our country. We also must remember to look beyond our domestic markets. Although PR is local, the world is global and it is not enough to do PR in Finland only.

Finnish companies have the benefit of the country’s geo-political position between the East and the West. The world economic interests lie at the moment in the East. Russia, China and India are the new powers that everybody holds an eye for. Their effect on the world economy is increasing by the minute. And Westerners are trying their best to get their share of the cake. By using PR and communications Finnish companies and Finland have a lot to gain from the momentum. 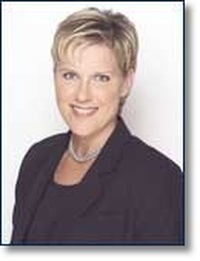